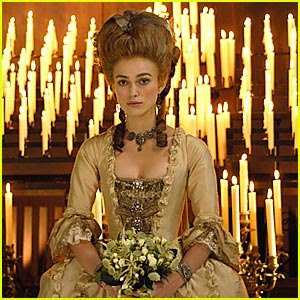 At what age, I wonder, do people get involved with politics? I have had a passing interest for some time, but have never had the fevered intense fascination I’m feeling now before.

Is it ’cause I’m getting older? Wiser? Both?

I dunno; it might be just me. After all, people of any age get political, whether it’s protesting a shorter lunchtime at school or anti-apartheid demonstrations that close down college buildings (as happened when I was at Barnard) or the draft.

I guess it’s when politics get personal that we get passionate.

So instead of settling in, as I should be at the end of a long week, to a good book (note to sharp-eyed folks: I’m talking a REGENCY book, so I can stay in keeping with our site. Carry on) and a glass of wine, I’ll be tuning in to watch the first Presidential Debate. I will have wine, though.

In some ways, this avid passion makes me feel as though I am contributing something to our times, even if it’s just opinion from a grumpy mom. Perhaps that is why women–who until recently haven’t had much of an opportunity to get involved directly–participate so ferociously, if fired up. For example, the new movie The Duchess will likely touch on Georgiana (because we’re on a first-name basis) and her political maneuverings.

Have you been active this campaign season? What are you doing tonight? Do you have suggestions for any good debate drinking games?

A sip of wine every time the word “change” is used.

Two sips whenever the surge is mentioned.

A gulp for “experience”, either the lack of or possession.

A shot every time a reference is made to McCain’s POW status.

A frat-style chug every time the bailout is mentioned.

Well, The Duchess touched very lightly on Georgiana’s role in Whig politics during the 18th century. There is one scene of her introducing Charles Grey at a rally and having a dinner party of Whigs including Charles James Fox but that’s about it.

A sip every time McCain says “my friends.”

Can I have a drink every time I get one of those over-the-top political smear emails forwarded by friends and family who really should be smart enough to check them on Snopes first?

Despite the mixed reviews, I would like to see The Duches, but it doesn’t seem to be playing anywhere within a 100 mile radius of me. Pooh!

Elena, it is supposed to be opening across the country next week.

I have family members from almost every side, angle, and corner of the political spectrum… so I tend not to discuss politics at family occasions, unless I know it’s an issue everyone agrees with! (Or unless someone says something I consider so horrible that I just have to get into an hour-long argument…) 😉

But I will be watching the debate tonight… We definitely have a very interesting election this year. And then I’ll discuss it with (a) folks who mostly agree with what I believe, and (b) the handful of family members/friends I have who have very different opinions but approach such discussions with sense, logic, and open minds. (And I try to do the same, and in the end there are no hard feelings. Which is important to me, because feelings are running so strong about politics these days!)

Haven’t done any campaigning, though! Or done anything much except donating a bit of money, and buying buttons from everyone (I collect political buttons.)

Ha! These games will have us sloshed in 15 minutes and remembering nothing in the morning. I love it. I’m off to buy a bottle of something bubbly. At least I won’t be as angry as I would as been seeing McCain tonight.

Megan, I think you are right about getting interested in politics when it gets personal and this election really does matter so much to us, no matter which side.

meljean, I’d love to play that game but I want to hear the WHOLE debate and if I play, I’ll be under the table after the opening remarks.

Elena, I am so with you on the polical emails and I’ve taken to fact checking everything. Here’s my favorite fact check site.
http://www.politifact.com

But I check Snopes.com on any outrageous emails I receive. If it seems unbelievable or shocking, then you can almost bet it isn’t true.

I did go and get a “growler,” which is a local gourmet store’s big bottle of beer (like, BIG, like more than me big).

Thanks for the suggestions for the games, and for the thoughts on politics.

Hmmm, I may crack open a bottle of Oktoberfest beer in honor of you guys who aren’t too cheap to pay the cable company. I’ll look up the highlights on Youtube later, lol.

I’m most interested to see how the investment banking landscape is going to rearrange itself. The last two remaining investment banks applied for reclassification so they can accept commercial deposits. Things haven’t been like that since before the Depression. Ve-ry interesting. I doubt the candidates will mention much about it, though.

I’ve got the debate up on the CSPAN livestream, am watching as best I can with a rambunctious 4-year-old in the room watching Clifford the Big Red Dog (IOW, not very well). I’m also following the liveblogs on some of my favorite political blogs, and one of them pointed out that if you really wanted to get drunk, “not just Wall Street but Main Street” should be on your list.

Great drinking game, Meljean! Thank God I don’t drink or I would be under that table with the Divine One!

I have the debates on, but I basically listen to the first sentence or two of each response and then tune it out because for the most part politicians tend to expound a point and then cover it up with schlock!

I have voted in every single election since I turned 18. I even voted when I lived in Germany – absentee at the American Embassy in Salzburg. My father was a veteran of Korea and Vietnam and he would kick my butt from the other side if I didn’t vote.

Politics and religion are two things one should never discuss unless one is certain of the opinions of the other people in the room. ESPECIALLY if those people are family!

I hate that they didn’t show more of Georgianna’s political activity in the movie. A film that does an excellent job of portraying the politics involved in a volatile period in history is Amazing Grace. My niece and nephews saw it and we had a lively discussion after I saw it and they came to visit me.

Of course I am sure those learned men of Parliament would have been horrified had they heard my niece and nephews pronounce them as “really stupid men!”

Okay, I’ve been trying to be a good citizen and watch the debate streaming online.

Meljean I wish I had read your post BEFORE I watched the debate! I’m definitely referring to it during the VP debate next week.

In the meantime, I’m going to see The Duchess on Sunday afternoon. Hurrah!

Upend bottle in mouth if McC mentions inventing the “Blackberry”

I’m so stressed out from those ninety minutes of attack dog gentleman retreat, I’m going to meditate after posting this message here.

Keira, you are a sweetie!

Poor Keira! Hope your meditating helps. I confess I got annoyed when neither candidate would answer the questions!

Like Maya, I’m planning on seeing the Duchess this weekend, too. And I think I’ll talk about it here on Tuesday…

Louisa, I too love just about everything in Amazing Grace!

“Do you have suggestions for any good debate drinking games?”

Meljean, you called it exactly right! 🙂

I thought the debate wasn’t bad–neither candidate scored a knockout, and neither of them humiliated themselves. And they talked about stuff. Though I was disappointed (though not surprised) that neither of them wanted to even try to say how the current financial crisis might require them to alter their plans.

Is it terrible of me… Yes. Yes, I’ll answer my own question, it IS terrible of me. But I can only watch the debates in spoof form on SNL, the real ones just make me anxious and angsty. I also like my news best on Daily Show. Hey, it’s more actual content than Fox.