A few weeks ago, I attended my third Playford Ball!

My two favorite parts of the ball were

(1) dancing two particularly tricky dances: “Hortonia” and “Whately Barn” (which were both designated “for those who know,” and were therefore not called); and

(2) watching one particular dance from the balcony above: the intricate patterns flowed into each other with such smoothness and beauty and it was a true joy to watch.

So: if you were going to invent a country dance, what would you name it?

Cara
Cara King, who learns country dances by practicing with her stuffed animals

And remember: next Tuesday, we’re discussing BRIDE AND PREJUDICE.

Here are some photos I took… 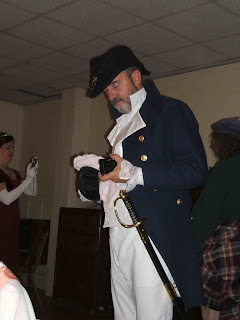 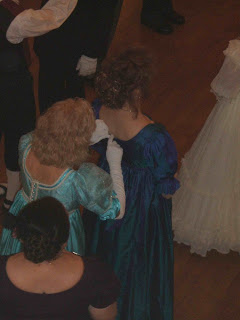 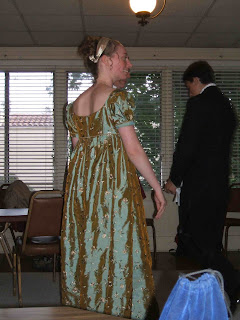 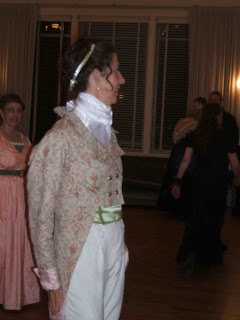 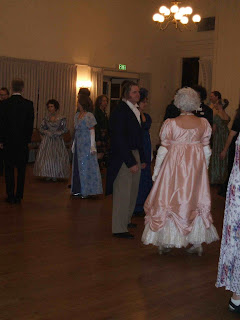 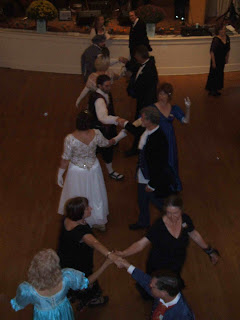 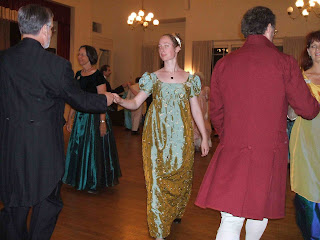 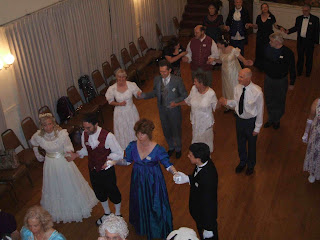 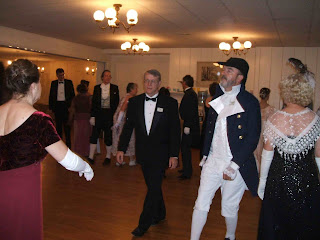 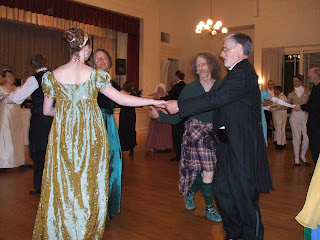 Elena Greene grew up reading anything she could lay her hands on, including her mother's Georgette Heyer novels. She also enjoyed writing but decided to pursue a more practical career in software engineering. Fate intervened when she was sent on a three year international assignment to England, where she was inspired to start writing romances set in the Regency. Her books have won the National Readers' Choice Award, the Desert Rose Golden Quill and the Colorado Romance Writers' Award of Excellence. Her Super Regency, LADY DEARING'S MASQUERADE, won RT Book Club's award for Best Regency Romance of 2005 and made the Kindle Top 100 list in 2011. When not writing, Elena enjoys swimming, cooking, meditation, playing the piano, volunteer work and craft projects. She lives in upstate New York with her two daughters and more yarn, wire and beads than she would like to admit.
View all posts by Elena Greene →
This entry was posted in Uncategorized and tagged dance, English country dance. Bookmark the permalink.

10 Responses to My Third Playford Ball