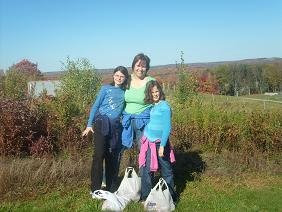 One of our autumn rituals is to go apple-picking at a local orchard, coming home with bagfuls for eating and making pies. I use a recipe from my grandmother’s little old Lithuanian ladies’ group cookbook, with honey, raisins and nuts. Yum! I have to confess, though, I cheat and use the premade pie crust from the store. I used to try to make them from scratch and though they came out OK, the process involved a lot of cursing and sticking torn bits back together, and flour everywhere. Now everyone is happy. đź™‚ 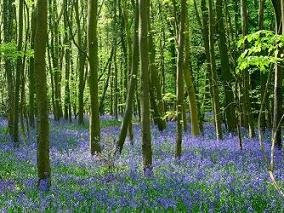 But while I’m steeped in autumn activities with the family, I’m also working on a section of a story that occurs in April. As a reader, I have no problem transitioning between seasons. If the author has done her job, I could enjoy a snowbound-in-a-cottage romance from a beach-chair. But as a writer, I find it takes some work to look away from the colors coming through my windows and picture springtime in England instead. It helps to look at images like this one, of a bluebell wood in England, like one I used to walk through when I lived there. For anyone who hasn’t smelled bluebells, the scent is similar to hyacinths. I know some people who think the fragrance is too strong but I love it. Walking through a wood like this and drinking in the purple-blue color and the scent is a heady experience!

I also like to visit sites such as The British Library’s wildlife sounds archive to get an idea of the birdsongs of the season. 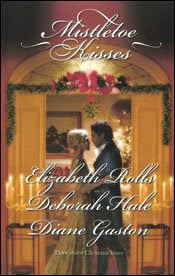 So for my fellow writers, do you have to do anything special to help you convey the sense of the season you are writing? For those of you like Amanda and Diane who write Christmas novellas, is this an issue for you? Personally, I’d find it hard to get into the holiday mood if it was 90 and humid outside. I don’t know what I’d do: turn up the AC and drap fake mistletoe around the writing room?

For our reader friends, is it ever a wrench for you to read a story set in a different season? Do you prefer certain sorts of books at certain seasons?

16 Responses to Writing in Season