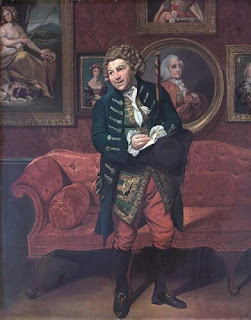 (Indeed, wretched the man whose fame makes his misfortunes famous.)

When did we start getting so fascinated with other people? Is the obsession with famous people one that is only a modern conceit? Well, of course not–people have always been interested in other people, and we know from our own books that scandal, chatter, talk and tittle-tattle can make or break a person’s reputation.

And, according to one researcher, the cult of personality didn’t start in the 19th century, but even before that, in the 18th.

Elizabeth Barry of the University of Warwick in England says the phenomenon of celebrity “can be traced back to the rise of newspapers and magazines and the popularity of obituaries of unusual people, published in what served as the gossip sheets of the era.”

Begging the question, who would write these obituaries? That would probably be a good living for a creative hero or heroine, hm? And deciding which to spotlight, would that prove to be a position of influence?

“Obituaries were one of the most-read sections of newspapers and magazines of the 1700s. They were intended to provide an account of the life of someone who had recently died as a way of illustrating how the life you led would be rewarded or punished in death.

However, the rise in popularity of obituaries actually came because the deceased were regarded as objects of scandal and public fascination — in other words, Great Britain’s first celebrities. 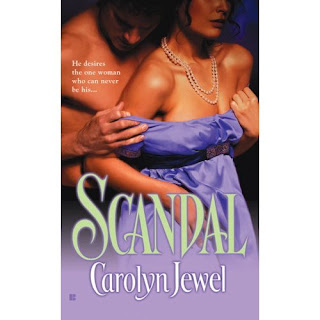 For instance, the Gentleman’s Magazine in 1789 gave an account of the life of Isaac Tarrat, a man known to hire himself out to impersonate a doctor and tell fortunes in a fur cap, a large white beard and a worn damask night gown. Another subject, Peter Marsh of Dublin, was made famous by his convictions about his own death in 1740. After being hit by a mad horse which died soon after, Marsh convinced himself that he would also go mad and die. The Gentleman’s Magazine reported that he duly died “of a conceit that he was mad.”

Are you fascinated with certain celebrities? Which ones? Which of the Regency-era public figures are most interesting to you? Do you like it when those real people end up in our fictional books?

I love it when Regency-era ‘celebrities’ show up in fictional books, but generally I like to keep them confined to a bit part. Plus they’re tricky because if the way they’re portrayed doesn’t match how I’ve conceived of them, it throws me off (which is why bit parts are safer).

My favorites are Ann Radcliffe, Byron & Caroline Lamb (what’s not to love about Byron?), and Sir Walter Scott. Hmm my tastes run literary…

But I love Lady Hamilton and Beau Brummell (provided he’s being very nice to the heroine or very catty to her rival), too.

Duke of Wellington – he just fills a room whenever he enters a story I’m reading.

Santa, I love that film. That Hamilton Woman it was called. It was also Winston Churchill’s favorite film. I remember how disappointed I was when I finally saw Nelson’s uniform at Greenwich and realized how tiny he was.

I much prefer reading biographies about Regency celebrities than reading about them in books. Although there was a series of mystery novels starring Beau Brummel as the detective. I think I like it more when minor personages show up, or more scandalous ones like Harriette Wilson.

I certainly think it’s easier than ever to indulge in celebrity gossip, with the Internet reporting their every Starbucks run! I’m sure the taste for celeb scandal was just as great in the Regency, just not as fast to spread. (I find I now have an unhealthy interest in Michelle Obama’s dresses, for instance…)

I don’t mind seeing familiar historical figures pop up in novels–it’s kind of fun! (my wip features Elizabeth I and some of her cronies) I’m not so sure how I feel about the historical novels that circle entirely around a historical figure, sometimes they don’t fit my view of them!

I love discovering bit parts in books, too, Lana, and I’m always happy if Byron makes an appearance.

I’d like to see a really good movie made about Emma Hamilton–her life was fascinating, and as much as I admire Olivier and Leigh I can’t think of a worse piece of casting!

I do enjoy having Beau Brummell or Wellington pop into one of the Regencies I am reading, but usually only in cameos.

I much prefer historical celebrities to present day limelighters. Historical celebs just sound so much more intriguing, real and frankly far less idiotic than the ones running around today. I LOVE Byron, Beau Brummel, Wellington, Nelson, Prinny (of course!) And Emma Hamilton too. I have to agree, Janet, that I would love to see a great movie about Emma Hamilton.

I’m with Louisa, couldn’t care less about modern celebs such as Paris Hilton though I will laugh at her clothing on Go Fug Yourself on occasion. With celebs who have some sort of purpose in the world (actors, writers, politicians, etc…) I am not as interested in their personal lives as their work.

But with historical figures, I find I’m interested in both. I like reading about real people in Regencies as long as they match what I know. I get annoyed when the patronesses of Almack’s are portrayed as doddering dowagers–they were not that old and some of them were pretty racy. 🙂