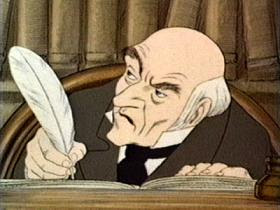 I love cynical characters. Here are some reasons why.

They’re a reminder that we live in an imperfect world where politicians can’t all be trusted, families aren’t always like a greeting card commercial and dreams don’t come true just because we wish them.

They work wonderfully in stories. As the adage says, scratch a cynic and you find a disappointed romantic (or idealist, depending on the version). There’s so much room there for character growth (or renewal, perhaps).

Pairing cynical characters with idealistic ones creates instant tension (think Luke Skywalker and Han Solo). In romances we often see the cynical hero with the idealistic heroine though I love it when that gets reversed, as in Laura Kinsale’s FOR MY LADY’S HEART or Judith Ivory’s SLEEPING BEAUTY.

When don’t I care for cynical characters?

When they remind me of real life cynics I don’t admire. An older relative of mine, who if you tell him you enjoyed a book or a movie or a bottle of wine, will always tell you why it was really crap. People who don’t vote because it’s a waste of time (hopefully there are fewer of those now). People who complain but never take action. Kids who are too cool to sing in the school chorus and make fun of those who do (yeah, this one’s personal).

In romance, it could be the hero or heroine who has checked out of life due to past wounds. Unless those wounds are inflicted on a Kinsalean order, the character comes across as weak and self-pitying. It’s a fine line.

Or how about the hero who says all women are gold-diggers? Until he falls in love with the heroine, of course, at which point he decides she is the one woman in England (or the world) not after his fortune. I can sort of buy this if he’s rather young and still reeling from his first love’s betrayal, but generally I prefer characters with a less simplistic view of life. 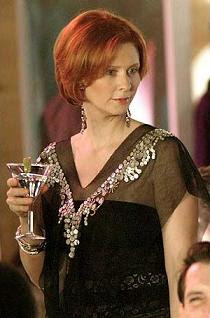 I like cynical characters who aren’t totally blind in their cynicism, but recognize that there are many shades of gray in the world and are willing to deal with them. They may act as the voice of caution to their more idealistic friends, but they don’t needlessly rain on their parades.

Just a few of the cynical romance heroes I love: Alverstoke from Heyer’s FREDERICA, Christian from Kinsale’s FLOWERS FROM THE STORM.

Do you enjoy cynical characters? Do you have any favorites? Any who go too far to be sympathetic?

No, I don’t care for cynical characters. They sound too much like real life, and I read to escape real life.

**snip***
Or how about the hero who says all women are gold-diggers? Until he falls in love with the heroine, of course, at which point he decides she is the one woman in England (or the world) not after his fortune.
***end snip ***

I really hate this kind of character. He finally thinks she’s the only one who’s different? Not likely. Wait until the first blush of romance fades. Then the turkey will revert to type. I can’t believe a HEA in this case and I want my HEA.

Ah, Linda, I detect a wee amount of cynicism within your remarks about cynical characters. I have a measure of that myself, come to think of it.

I love characters who have to grow, especially when the author shows that growth in believable ways. So I do like cynical characters. For heroes and heroines, their cynicism must not be at the expense of others (like your relative, Elena, or the nasty kid who makes fun of chorus). And, like Linda, I’m not fond of a magical transformation.

I did read a bunch of those when I first started reading traditional regencies and I did enjoy them then, but those are not the stories that stick in my mind.

Ah, yes, the “my mother/first wife/first love was a lying ‘ho, therefore all women are that way” heroes. I dislike them intensely. Even if he comes to think the heroine is “different” who wants to live with such an immature woman-hater???

But I do really, really like the slightly jaded hero/heroine who comes to see life in a new way thanks to a more idealistic love interest (I especially like the jaded heroine thing, but you don’t see that often…)

I guess for me it depends on the character and how it’s done. I agree with Elena that it can be done too much, or too badly, or without adequate motivation – and those characters are hard to like.

But sometimes I do like even extreme cynics, like the hero in Heyer’s THESE OLD SHADES… I’ve always thought that character to be interesting in many ways…in the end, it seems he’s going to do good, but only because it will make the heroine happy, and he wants her to be happy. I find that a very interesting fictional dynamic. And as that book is far from a realistic one, it doesn’t bother me that in real life I wouldn’t like such a character.

So I guess I hold more realistic books to a stricter standard there.

I love to see a cynical character reformed. Frederica is one of my favorite Heyer’s and Miranda’s arc on Sex and the City was the one that touched me the most!

Linda, such heroes always seemed merely shallow to me, but I can see how such characters could be scarier: self-delusional, even toxic.

Amanda, I like the jaded heroine thing, too. Probably why we both like FOR MY LADY’S HEART. Heroines can need healing too! (Sorry, old rant of mine.)

Deb, I agree about Miranda. One reason her arc works so well is that in many ways, she *doesn’t* change. She’s still tough and unsentimental; it’s just that now her strength is directed toward caring for her loved ones.

I love cynical characters. I like them in romance, but also in other genres, where they don’t have to soften or change.

Anyone for TV’s Dr. House? I’ve only seen a double handful of episodes, so I’m not up to date on the character arc, but he really is good fun.

Let’s see … Sawyer from Lost, and Kate as well. Kristina and Alex from Grey’s Anatomy.

(1) they’ve usually got a deep emotional wound, which makes them interesting & relatable (sorry for the California-speak).

(But I agree with other posters who pointed out that when the cynicism is out of scale to the backstory wound, the character comes across as immature.)

(2) they’re often funny as blazes! House’s outrageous comments have made me laugh more than any other TV dialogue I can recall.

And if we step outside the cynical ward and enter psychopathic, I’ve gotta say I love Dexter and Carol O’Connor’s Mallory, too.

Any ideas on why these last two characters are so interesting?

Greta, I’m so TV-illiterate I can’t respond. Someday when the kids are older I may watch the shows everyone talks about.

But I happen to like “relatable”. May it achieve respectability someday. 🙂

I loved Dane from Lord of Scoundrels. He wasn’t just a cynic, he was one who was clueless about women. Just a very endearing fellow.

I love the cynics who KNOW they are cynics. Awareness is the first step to reparation.

A well written cynic with a well written growth of character that doesn’t turn him into a Pollyanna is great if it is brilliantly done.

Cynicism in real life — like cynicism for the sake of cynicism or even due to circumstances or at the expense of others — is a real downer for me. In fiction, I’m willing to go there, provided they’re not whiners, if there’s a redemption arc towards a sunnier disposition. And of course, everything hinges on the writer’s skill on making me empathize right from the beginning.

I can like either a cynical character or an idealistic one, if they are done well. Heck, I can like practically anything if it’s done well! That’s more-or-less a circular statement.

I often find cynical characters (of a certain type) more easy to relate to than overly idealistic ones; but perhaps the best pairing is a cynical character with an idealist. They seem more complementary, and it gives them both directions for growth.

Anyone for TV’s Dr. House?

Hugh Laurie is a terrific actor, and I love the character of House that the writers and he have created. I fear, however, that the series has been verging on silliness for the last couple of seasons. Every now and then, though, they do a fantastic episode, which has kept me watching so far.

(It does make me glad we moved away from Princeton when we did, though–check into the hospital there and the next thing you know your kidneys have shut down and they’re restarting your heart.)

I think cynical characters add character. My son and I are currently reading A Christmas Carol together. Is there anyone more cynical than Scrooge? 🙂

Mr Darcy is a cynical character (initially) who is still likable.