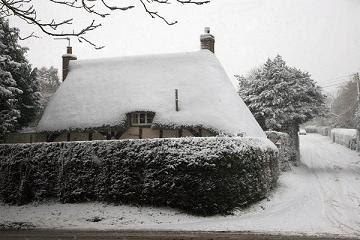 I don’t really believe in New Year’s Resolutions. Not of the sort like “I will exercize/write/whatever-makes-me-feel-virtuous more” variety. They generally don’t work out.

I do, however, believe in New Year’s Plans. Things like “I will go to the pool and swim half an hour three mornings a week.” I did that several years ago and have kept up with it pretty religiously. Or “I will work on my mess-in-progress for so many hours a week”. I find that as long as I make it specific, I’m pretty good at following through.

This year, I’m making a simple resolution, to remember to treat myself as a valued employee of my writing business rather than a slave. This means rewarding myself for making progress, allowing myself sick time if necessary, and making the time to lunch with writer buddies more often.

Of course, plans sometimes go awry. I’d planned to host my writer buddies at my home today for a post-holiday detox/New Year’s recharging party (complete with Mimosas, egg and cheesy things and of course, plenty of chocolate). However, we’ve had a minor blizzard which puts me to Plan B, hanging with the kids. I’m also snatching an hour to write while they’re out playing in the snow.

I expect the plans for this evening should work out. My husband and I used to go out for New Year’s in the years BK (Before Kids) but after that, sleep deprivation and the difficulty of getting sitters took over. Although in spirit I like the idea of family-friendly First Night celebrations, it’s usually so bitterly cold in our area that we’ve gone over to “cocooning”. We have a nice dinner at home, including at least one new recipe for the New Year. This year it’s cannoli cheesecake. Afterwards we all get into our PJs and go into the finished basement (aka the Man Cave) to watch movies until midnight. We watch the ball drop, we hug and kiss and then we’re all in bed by about 12:05.

So what is everyone else doing today or this evening? And I wish you all a happy and prosperous 2009!

8 Responses to Snowed in