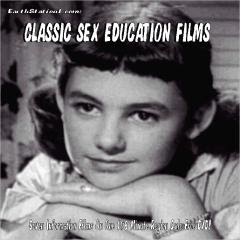 Last night, my nine year-old son and I were watching the Simpsons, and there was a pun involving an erection.

The Son: Mommy, what’s an erection?
Me: Gasp.
Me: Um, let me see in what context. [rewind to see. Yup, it means what I think it means.] Gulp.
Son: You don’t have to say (he’s seen my face, and is worried he said something wrong).
Me: No, it’s fine. An erection–deep breath–is when a boy or man’s penis gets hard.
Son: Oh. Oh, I’m sorry. Oh. Okay. [he is now way more embarrassed than I could ever be].

So, yeah, my first foray into the Facts of Life. And, since I was stuck on what topic to write about today, kind fellow Twitter-er Andrea Pickens suggested I talk about teaching sex in the Regency.

Uh . . . basically, country-born kids who weren’t idiots could figure out, through observation, that their parts worked similarly to the farm animals around them (and perhaps gave rise to the first utterance of “hung like a horse?”). But what about city-raised or particularly obtuse kids?

Then, perhaps, it was up to the parents. 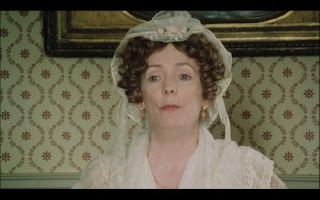 I learned about the machinations of sex through reading my mom’s salacious books. The Regency Miss (or Mister) didn’t have Rosemary Rogers (or adult magazines) to help, however, so then it was up to the same sex parent to explain. And you can bet that some parents didn’t explain at all, either because they were embarrassed, or didn’t care, or whatever.

Can you imagine what would happen the first time? 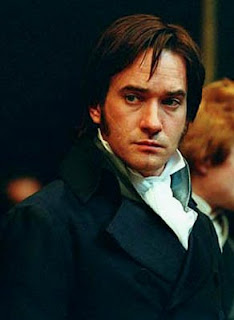 We’ve talked about it before, but given all this, it seems as though our heroes and heroines, if they’re virgins, know a lot more than they likely would have. But then again, it is romantic fiction. If it were literary fiction, perhaps the author would show all the awkwardness and fumbling; we just show the bliss.

Who explained it all to you? Or did you read about it, like me? What is the silliest sex myth you’ve ever heard?

LOL, Megan! I am definitely sure I would NOT want The Talk from Mrs. Bennet (or Mrs. Dashwood either).

I, too, learned a great deal from romance novels, though they did give me some, er, eroneous expectations, shall we say 🙂

Megan, I don’t want to think about how I’m going to explain this. We’ve already begun with the twenty-questions: Was I in your tummy when you got married? (Er, no, dear.) I must’ve been, because I could only be born after you and Papa got married, because I didn’t see your wedding or the guests. (Ah, well, uhm, something like that.) Then the dreaded question: How did I get into your tummy? (Oh hey, it’s been a long time since we last read this Dr. Seuss book. Should we do that?)

The boy next door, who was very anxious for show and tell. I then went home and asked my grandmother about baby seeds and I thought she was going to faint. The rest is shrouded in the mists of time.:)

I luckily have blocked out all such moments.

I do remember trying to explain something to a girlfriend in ninth grade. I started, “Are you familiar with male anatomy?” It was a joke for years after.

Amanda, I have a feeling that Mrs. Bennet would not share that information. However, I can imagine Lady Catherine de Burgh giving Charlotte Lucas a lecture, and not a very good one on the subject!

I had a very bold and brave 4th grade teacher Miss Platt who told us all about sex, although I had figured out some of it. I learned more from Judy Blume’s Are You There God, It’s Me Margaret, and John Jakes, Harold Robbins, and Rosemary Rogers.

What I loved about Eloisa Jame’s An Affair Before Christmas was the fact that the hero and heroine can’t get it together sexually because of what the heroine’s mother told her. I thought it was very realistic, yet she managed to solve it during the course of the romance.

Oh, LOL Megan, thanks for the credit—or, er, blame?

I would imagine that in the Regency, the best advice came from a married older sister or cousin.

As for me, well, my mother was from Europe where they aren’t quite as embarrassed about talking of sex. She explained things pretty early . . . Diane like you, I actually don’t really remember the actual moment very well. I just recall that I “knew”. Plus I was the only girl and had brothers, so the male body wasn’t a mystery.

I learned the mechanics when I was a young Girl Scout and checked out a library book on what I thought was baby care but which turned out to be about where babies come from.

When I was pregnant with my second child I carefully explained to my oldest that there was a baby inside my tummy. His eyes got huge and he backed away from me as he asked “Did you eat it?” I quickly had to provide information more than I’d intended at the time and explain that the baby wasn’t actually in my tummy but in a special place where babies grew until they were big enough to be born. Much to my relief, that satisfied him that his mother was not a cannibal.

Heh. Heh. That has got to be the most creative question on the topic.

My mom’s talk: “If you get pregnant, I’ll have to break your legs.”

I kid you not. That was the beginning, the middle and the end.

I heard a very basic version from my “boyfriend,” a third-grader, when I was in first grade. However, I didn’t believe him, because it all sounded so implausible. Possibly because the anatomical term he used for all the most relevant parts was “pee-pee place.”

Later, when I was in third grade myself, I somehow got hold of a seventh-grade biology book and figured out the basics. I didn’t really have a clear grasp on how the parties involved might, um, position themselves until several years later. (Thank you, Ayla and Jondalar.)

Having just watched Kate and Leopold, I am reminded of a scene in that film. Hugh Jackman, as Leopold, is watching the construction of a bridge and its designer comments to the gathered crowd:

Then later, when Leopold has traveled to the future, he sees the bridge still exists and comments:
Good Lord, it still stands. The world has changed all around it, but Roebling’s erection still stands! Ha, ha! [to nearest bystander] That, my friend, is a miracle!

ROFL – it has nothing to do with your question, except that it, too, is a pun on the word ‘erection’.

As for when I learned about sex? I think I read it in a book called “Almost Twelve”. I don’t recall having “a talk” with my mom, although I may just not remember it. My memory has never been very good.

LOL, Susan! Oh, that Ayla and Jondalar! They were *so* educational.

Yeah, I’ve discovered that a great many women of my generation got their sex ed from The Valley of Horses.

If I’d been Ayla, I would’ve stayed with the Mamutoi and mated with Ranec, though. Much more my type.

How about The Talk from Miss Bates?

I think my favorite myth, entirely due to romance novels, is that of the squirreled away hymen; second favorite, told to me by more than one young man some time ago, is that if they didn’t have sex they’d get sick/go insane/go berserk.

Actually, now I see their point.

The Gonzolos twins explained it all to me in the 6th grade. It was as enlightening as most of the bus stop education I got at that time.

I had a similar experience with my oldest daughter (almost 12) when we were watching, of all things, Lost in Austen and they went there. It’s a time travel show on BBC America. A modern miss, Amanda, transports to P&P with 21st century dress and sensibilities. Amanda mentioned and showed her privates using a popular term for it in the vinacular (think airport runway)to a bewildered Lydia _ I KNOW! It turns out Lydia and my daughter wanted to know more. It was a classic ‘Honeymooner’ “hamina-hamina” moment for me. Sigh.