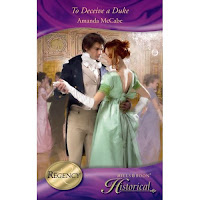 When I was a kid, my parents had a beautiful coffee table book about Great Archaeological Sites of the World. I was totally fascinated by it, spent hours poring over photos of the Valley of the Kings, the Parthenon, Newgrange, Scandinavian bog bodies, etc. Somehow I became convinced there was Viking treasure in our backyard (because the Vikings could have sailed a longship into the desert of Albuquerque, right?), and set up my own dig in our backyard. My parents weren’t too happy I tore up our precious patch of grass, but our dogs were able assistants in the digging process. They even unearthed some bones, though they sadly proved to be old Nylabones they themselves buried and not the remains of Viking warriors.

I’ve never quite lost that fascination with archaeology and the ancient world. So, I was very happy to meet the heroines of my new Regency series, “The Muses of Mayfair.” The Chase sisters are the daughters of a renowned scholar and antiquarian, who named his children after the Greek Muses. Calliope, Clio, and Thalia aren’t content with just inspiring people, though–they’re passionate scholars in their own right. And their romances take place against the backdrop of antiquities and archeological skullduggery. 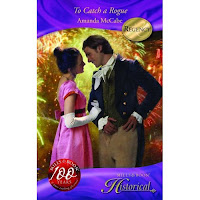 In Book One, To Catch a Rogue, we met the eldest Muse Calliope, who suspected Cameron de Vere, Earl of Westwood, of being London’s infamous Lily Thief and determined to catch him out. A bit of a nuisance when she fell in love with him, then…

Book Two, To Deceive a Duke, is Clio’s story, and is out in the UK this month! Clio is the most fiery and independent of the Chase Muses, and her love for the mysterious Duke of Averton is just as unpredictable. They parted on, shall we say, less than amiable terms in To Catch a Rogue. Now they meet again on an archaeological dig in sun-blasted Sicily, where Clio is set on saving a fabulous collection of Hellenistic silver (based on the famous Morgantina Hoard). Is the duke on her side, allied with her against a host of dangerous villains? Or is he, too, out to steal the silver–and destroy her in the process?

Book Three, Thalia’s story To Kiss a Count (set in Bath) will be out later this year. And all 3 will be released in the US, in consecutive months, in 2010! I am so excited about that.

To win a copy of To Decieve a Duke, go to Nicola Cornick’s website and check out our joint contest! TDAD can also be ordered from Amazon.uk and Harlequin Mills and Boon.

What were some of your favorite childhood passions? Have any favorite archeological sites? And what color satin dress do you think Thalia will show up in on her cover? (I also call this series “The Bridesmaid Muses,” since they appear to have escaped from a pastel-hued wedding party! I vote for pale blue…)

I took my childhood love of archaeology the next step by becoming an archaeologist! *g*

I think Thalia will show up with a yellow dress. It’s bright and feisty (if a color can be feisty…), and it matches the sea green and fuchsia given to her sisters.

I can’t wait to read this series, it sounds marvelous.

I also had a childhood fascination with archeology. I used to climb the grassy hill behind my elementary school pretending I was climbing the Great Pyramid. A love of history and a vivid imagination seem to have stuck with me (and the fact that early on, I was creating offbeat female heroines.) I also had a fascination with jacques Cousteau, and so contemplated being a marine biologist—until I realized I had absolutely NO aptitude for science. I still love Shark Week though!

The Muses are awesome, as I can attest, having been lucky enough to read the ms. of them. Amanda has created an amazing family of heroines—and dashing heros to match! Don’t miss them!

I like the idea of yellow for Thalia. Or maybe crimson. She is no wallflower!

Yeah, more fun books for me to pick up while I’m in the UK this spring. I agree that yellow would be smashing.

I too have always been fascinated by archeology which explains why I keep watching shows like cities of the underworld and Josh Bernstein.

Hmm. I’m going to say purple because they are almost going with jewel-tone versions of these colors. I LOVE Nicola’s books!

I was always fascinated with history and when we lived in England there was a group of us who loved to dig in the newly plowed fields behind our houses to search for treasure. We were just sure we were going to find swords and armor as we were also fascinated with everything King Arthur.

I absolutely LOVE books with an archaeological background! I already have my copy of To Deceive a Duke and it is going to be my treat when I finish my current wip (if I have that much willpower!)I’m also thrilled to be running a joint contest with Amanda this month.

Ah, yes! I’ve been waiting for Clio’s story. Clio is the muse of the arts and writing. So I do consider her mine. So her story is a must-read for me. Are these books available only through M&B and therefore not in the U.S.? Can I order it from Book Depository or Amazon.uk?

I can’t wait to get my hands on this, bridesmaid pastels and all!

My childhood passions were fairy tales and Narnia–not too far from how I ended up.

I liked knights and castles, jousting and chivalry. I had mounted toy knights and a castle for them. The dungeon always figured prominently in the play.

I also was the lucky owner of Marx action figures. Santa brought me Sir Gordon the gold knight and his fully armored horse. I also had Johnny West and his horse Comanche and a buckboard wagon and harness. I would still love to play with those toys! Although it is interesting that I identified with knights and cowboys and not fair damsels!

“I took my childhood love of archaeology the next step by becoming an archaeologist!”

Evangeline, I’m so jealous! I took a couple archeology classes as electives in college, and even had a summer internships at a site once, but my careers went in other directions. I still think it is the most fascinating work, though. 🙂

And I had the most fun researching these stories! I tried to make the Chase sisters’ excavation techniques a bit advanced for their time (they care just as much about the history of the objects as the objects themselves), but not too far “out there”

“Are these books available only through M&B and therefore not in the U.S.? Can I order it from Book Depository or Amazon.uk?”

Keira, at the end of the post I left links for the book Amazon.UK plus the Mills and Boon site–but they will be out in the US next year (in consecutive months, too, yay!)

Megan and Jane, I also loved fairy tales and stories of knights and castles when I was a kid! I always got onto “obsessions” (depending on what I was reading at the moment), and I had a great backyard treehouse that could be a medieval castle or an Elizabethan pirate ship, whatever I wanted 🙂

LOL on the Bridesmaid Muses! I predict pale blue for the third cover.

My fascination with history and even military history goes way back. Some of my favorite books when I was 7 or 8 was this series of fictionalized biographies focusing on the young lives of various favorite Americans, and I also collected books from a series of, well, kid-level military history, heavy on the American Revolution and WWII. Oh, and I loved Star Wars, Narnia–anything epic and adventurous.

So I guess it’s not surprising that I glommed onto the military side of the Regency era.

“but they will be out in the US next year (in consecutive months, too, yay!”

Abominable tease! Something to look forward to. 🙂

I’m in Williamsburg, VA. No digging though. I don’t dig in the dirt. Amanda and I did see the excavations going on at the original site of Jamestown when she visited in 2007.

Pink dress!!!
The image on your UK book cover is the same at the inside cover of my Innocence and Impropriety! Recycling lives!

“Pink dress!!!
The image on your UK book cover is the same at the inside cover of my Innocence and Impropriety! Recycling lives!”

LOL!! I was at a library book sale today, and found out the green dress is on the cover of a Louise Allen Harlequin Historical. AND the cover of my e-book undone, Shipwrecked and Seduced”, in the inside cover of Deb Marlowe’s new book. It’s like a cover treasure hunt. 🙂

Fun Ammanda! I can’t wait to read all of your muses.

I had Trey, the hero my An Improper Aristocrat, live out my archeological fantasies!

Hee hee–the green dress is also on the UK cover of AIA! That thing gets around!

A yellow dress would be a good match for the others. And how fun to do a cover treasure hunt!

We lived in western US for a while and were always digging, looking for arrowheads. When I was teaching, we would sometimes find shell fossils on the playground, which led to an interesting discussion of how could they be there in the midwest? Making up stories to fit the things that we did find was always one of my loves and now I can do it for a living!

Wish the books were here sooner – I enjoy sister stories.

“Wish the books were here sooner – I enjoy sister stories.”

Tessa, this was another reason I enjoyed writing these stories! I never had a sister, and when I was a kid I always wanted one. So I got to imagine!

I say pale yellow unless that color would make her look sallow.

Big squee on more great books coming out. I’m okay that England gets first gander – really I am…

One of my childhood passions was cooking. I started my own cookbook at the age of 10 which my mother recently threw out!

Amanda, your series sounds terrific. Looking forward to it!

I’ve been fascinated with vanished civilizations and (more generally) other cultures since I was a kid. I read all kinds of children’s books about them. I remember one series in particular–I think from Usborne–the Time Traveler series. IIRC they had the Egyptians, Ancient Rome, the Vikings, and the Middle Ages. (And maybe more that I didn’t know about.) When I was a little bit older there was a book about the history of armor that I also really liked. (Armor by Sean Morrison.)

Actually, I still like reading children’s books about history sometimes, if they’re good–they condense a lot of information in very brief and simple terms. 🙂

Can’t say I ever seriously wanted to be an archaeologist. Maybe if it was like Indiana Jones–but the patiently scraping off dirt layer by layer sounds too much like real work! 🙂 (Though getting chased by crazed Nazis doesn’t sound all that great either, actually.)

Wow, you were so much better than us, Amanda! When we were digging in the backyard, it was to build ourselves a swimming pool! 😉

I think if Thalia is blonde, then she’ll be in blue… Otherwise, I think purple!

Yellow (not mustard though)! I love yellow! Though perhaps a pale orange would be interesting, too.