In all the rampant Oscar coverage, I’m shocked that no journalist unearthed the fact that the early versions of all five of this year’s Best Picture nominees were actually written by Jane Austen!

There. You didn’t know it either, did you?

What — you don’t believe me?

Here, as proof, are excerpts from all five:

No one who had ever seen this slumdog in his infancy would have supposed him born to be a millionaire. His situation in life, the poverty of his father and mother, his predatory elder brother, were all equally against him. He was fond of all boy’s plays, and greatly preferred cricket not merely to reading, but even to life itself–for how else might one explain his unaccountable attachment to bowling at the wicket even in the face of rapidly descending airships? His school was three months in teaching him the names of two of the musketeers, but he never was able to remember the third, for he was often inattentive, and occasionally lured by an award-winning soundtrack into running through the streets of Mumbai during school hours.

Daisy, who could not think a man only a few years older than herself so exceedingly ancient as

he appeared to the fancy of certain in the room, ventured to clear Grandma Fuller from the probability of wishing to throw ridicule on his age.

“But at least, Grandmamma, you cannot deny the absurdity of the accusation, though you may not think it intentionally ill-natured. Benjamin Button is certainly older than I am, but he is young enough to be my brother. It is too ridiculous! When is a man to be safe from such wit, if youth and vigor will not protect him?”

“Vigor!” said her grandmother, “do you call Benjamin Button vigorous? I can easily suppose that his age may appear much less to you than to one my age; but you can hardly deceive yourself as to his having the use of his limbs! Did not you hear him complain of the rheumatism? and is not that the commonest infirmity of declining life?”

“Grandmamma, you are not doing me justice. You know very well that Benjamin Button is not old enough to make his friends yet apprehensive of losing him in the course of nature. He may live twenty years longer.” 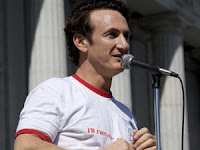 Harvey Milk ascended the podium and began speaking. “There is one thing,” said he, “which a man can always do, if he chuses, and that is, his duty; not by manoeuvring and finessing, but by vigour and resolution. It is the duty of any American to enter a vote in favour of equal rights. He knows it to be so; and if he wished to do it, it might be done. A man who felt rightly would act at once, simply and resolutely, within the ballot box, as well as without.”

Mr. Frost gazed steadily at his companion. “I say again, Mr. Nixon–Did you see what happened to the missing eighteen minutes?

And do you feel in your heart any degree of shame or regret for committing actions which were not in complete accordance with legal statute?”

“And now that I understand your question,” cried Mr. Nixon, “I must pronounce it to be a very unfair one. It is always the president’s right to decide on the degree of erasure of any secret record. John Dean must already have given his account.– I shall not commit myself by claiming more than he may chuse to allow.”

“Upon my word! you answer as discreetly as G. Gordon Liddy could do himself. But his account of every thing leaves so much to be guessed, he is so very reserved, so very unwilling to give the least information about any body, that I really think you must say more than you have so far.”

“Must I, indeed?” exclaimed Mr. Nixon. “Then I will speak the truth, and nothing suits me so well. The truth, my dear Mr. Frost, is that if the president does it, it cannot with literal truth be said to be in actual violation of the law.”

“No,” said Mr. Frost in some embarrassment. “I simply have no idea what you just said.” 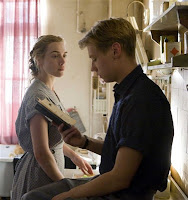 It is a truth universally acknowledged, that a single woman in possession of a good figure, must be in want of a young, skinny, inexperienced lover.

However little known the feelings or views of such a woman may be on her first meeting any teen boys, this truth is so well fixed in the minds of the boys (if, indeed, such creatures can be said to have minds at all), that she is considered the rightful property of some one or other of them.

“My dear beautiful blonde mystery woman,” said one such skinny teenager, “have you heard that I am available to have an intimate liaison?”

The blonde woman replied that she had not.

“But I am,” returned he; “and I can offer you all the benefits of a regular love affaire except for skill, experience, clever conversation, or any knowledge of the world.”

There you have it! The scoop of the year!

And you saw it here first — on Risky Regencies. (And if you want to read Jane Austen’s versions of STAR TREK, DARK KNIGHT, and more, just click on the “Austen Trek” link at the bottom of this post!)

Cara
Cara King, who was also written by Jane Austen

If there was an Oscar for this, I’m in trouble, because it would be between JA’s Slumdog, The Reader and Frost/Nixon! 🙂 Those three are my favorites! 🙂

Tee hee!! I think The Reader is my favorite here…

Cara, I bow to your superior brilliance and humor! I have to agree with Amanda. I got the giggles reading The Reader!

I can only echo Janet. Cara, you are too clever by half!

I believe my vote goes to Frost/Nixon.

I knew there was something familiar about those movies. Thanks for clarifying that to me. I think The Reader’s the one for me.

Hugh – the real reason I watched the show – Jackson? I still have no idea who won best picture or actress or actor! 😉

Cara, to add my voice to everyone, this is so brilliant! My fave has to be the Reader.

(And I missed watching most of the Oscars, thanks to the just-got-home son and the NASCAR fan husband. Got to see the last part, though).

I adored Hugh as host of the Oscars. He is just so talented, handsome and yet so down to earth.

Megan, NASCAR should never ever interfere with the Oscars…

Well, The Reader is definitely the funniest of the lot. But I thought the last line of Frost/Nixon was hysterical. 🙂 And they’re all verra verra clevah.

Hugh Jackman is the next Mr. Darcy or Mr. Knightly. Cara, you are marvelous.

Thanks so much, Leanna, amandacagt, and everyone else!

Hugh Jackman is the next Mr. Darcy or Mr. Knightly.

Ooh, yum! And now that I think about his Wolverine, I realize he could probably do a great Rochester, too!

A man who could do Darcy or Rochester…very nice…. 🙂