Dukes and Mistresses and a winner

They may be the best thing since sliced bread but I can’t do them.

Really, I’ve tried. Let’s take the problem of Dukes first. They seem to outnumber the regular population about 5:1 so you’d think I could come up with one pretty easily. Somehow they just don’t exist in my particular corner of Romancelandia. Or if they do, they don’t behave in an appropriate ducal fashion.

In the Rules of Gentility, my heroine meets a member of the royal family, a Duke, misbehaving in a house of ill repute in the company of a bishop and several lightly clad females. He is neither hot, young, nor anything other than atmospheric wallpaper.

In my August, 2009 release A Most Lamentable Comedy (warning: shameless self-promotion, and new release date), I have a Duke who spends most of his time indulging his passions for sheep (no, not in that way) and antiquities. He is happily married. Without undue spoilers, he takes on the heroine as a mistress (sort of). He sets her up in a house and thoughtfully provides entertainment for her, a pianoforte (which she plays very badly) and

...there is an easel and a set of paints and brushes, tablets of paper and so on. A small bookcase holds some rather serious-looking literature bound in opulent gilded leather. Good God, it is like an expensive academy for young ladies, and I thought I was descending into the very pit of impropriety. It is bad enough to have become a whore, but to be expected to practice the accomplishments of polite society as well seems to be remarkably unfair.

The Duke reports: she stared at the books in the house as though they were vermin. 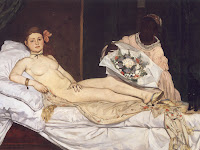 And this is the crux of my problem with mistresses and the aristocracy: other than the obvious, what do they do the rest of the time? Call me a lefty if you will (oh, please!) but I like my characters to have some sort of social conscience, to do something other than frivol away their time.

I don’t want to see his grace become a spy unless I’m absolutely sure his land steward can be trusted to look after the tenants properly while he’s out performing deeds of derring-do and sleeping with unsuitable women.

And if a woman does become a courtesan, I want her to be at the top of the Harriet Wilson scale of cheekiness and good humor.

How about you? What do you think of the current overload of dukes and courtesans? Can you suspend disbelief?

Good post, Janet. It’s hard to overestimate just how grand and exceptional Dukes are/were in England. That makes them wonderfully powerful heroes but also renders the overabundance of them in novels slightly absurd. I recommend Brian Master’s book The Dukes – a wonderfully gossipy history of the twenty odd dukedoms still extant when he wrote it.
I’m looking forward to visiting the Riskies on Sunday so thought I’d pop in and say hello in advance.
I haven’t yet written a duke but am considering promoting the marquis in my WIP!

And maybe you could have a duke who is the head of a small business, whose world is torn asunder by his passionate lust for his new mistress, whom he’s assumed will just be a receptacle for his lust–but who is so much more.

Could turn his staid Duke world upside down.

Aren’t Dukes the fantasy alpha males of the Regency? I think they appeal for the same reason as sheiks appeal to the Presents reader. I don’t believe the sheiks are based in reality either.

I enjoy trying to be closer to reality, though. I like to think my books could have happened.

I think a duke fulfills our Cinderella fantasies (princes are even rarer on the ground), but when the duke happens to double as a spy, I draw the line!

I think you are right, O Divine One. A duke is that ultimate Prince Charming of Regency England.

I tend to hover around Marquis and Earl at this point and I have a couple of mere Misters who are filthy rich as secondary characters about whom I would love to eventually write books.

The hero of my current WIP in revisions is a mere baron from Suffolk.

There’s always something wrong with my heroes–either they’re bastards (like, literally), or lords with drug problems, or just plain misters. I don’t think I’ve ever written, or even thought of, a straight-up lord.

LOL–it is so sad when earls and marquises are thought to be puny no-accounts, and only a duke will do. 🙂

I don’t mind duke heroes–what bothers me is when they are given the title by their author and then behave NOTHING like a real duke would. Ditto mistresses. I’m pretty sure there weren’t too many virgin courtesans running around hooking up with handsome, rich, young fake-rakes. But I would love to read a Harriet Wilson-style courtesan, Janet!

All those fantasy dukes and sheiks, the alpha male of many women’s dreams, leave me cold.

I put them in the same class as all those high-powered, overpaid, big business executives who lay off many thousands so they can feather their own nests, and then blame the laid-off people for being laid off.

Unfortunately, this alpha male fantasy also seems to include the “little woman” who trails happily in his wake, content to share such a “wonderful” man’s bed.

Not my idea of heroes and heroines.

That said, these stories are very popular, so they speak to a lot of women.

The heroes I like are plain misters or lower nobility, but who, by dint of intelligence and hard work, make themselves into something as rich and powerful as those dukes. And who want a heroine who is just as intelligent and hard working and no-nonsense as they are.

Oh, well, I suppose there must be a few people who like the type of heroes I do.

I loved your excerpt!

That being said, if the story’s well written I can pretty much suspend belief at least for the duration of the book.