So, this Tuesday is St. Patrick’s Day! The day when everyone gets to be just a little bit Irish. As you all know, I’ve been deeply immersed in late 18th century Irish history for my WIP (which is finally closing in on The End, slowly but surely!), and I thought about pulling out some of my mountains of research for a post today.

But, let’s be honest–St. Patty’s Day isn’t really about oppression and uprisings (though there are plenty of great, sad ballads about such to be heard in every bar on the day!). It’s about dyeing your dog green (disclaimer–I would not do this myself, because my dogs probably wouldn’t stand still for it, but a guy I knew in college did…), putting on a silly hat, and going to parades to wave at other green dogs, bands, and step dancers. It’s about going to a pub to listen to jigs, eat some fish and chips, and have a pint.

So, in honor of the day, here’s a brief history of everyone’s favorite St. Patty’s day drink, that wondrous Irish institution–Guinness!

Arthur Guinness was born in Celbridge, County Kildare, in 1725, where he first learned the art of brewing from his father Richard, whose job as land steward to the Archbishop of Cashel included overseeing the brewing of beer for the workers. In 1759, Arthur signed a 9000-year lease on a disused brewery in St. James’s Gate in Dublin for the price of 45 pounds per year. 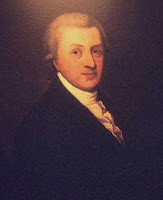 He started by brewing ale, and in the 1770s started brewing porter, a newish type of English dark beer that was growing in popularity (the distinctive feature in the flavor is the roasted barley, which remains unfermented. It gives Guinness its dark color and taste). This porter proved so successful that by 1799 Arthur had ceased brewing ale, and by the time of his death in 1803 he left a highly prosperous business behind (he also left a widow, the former Olivia Whitmore, and 21 children, 10 of which lived to adulthood). His son, Arthur Jr., then took over the brewery.

Arthur Jr. grew the business even further, expanding the export trade (the first Guinness exports was in May 1769, with six and a half barrels of ale sent to England), and brewing a new beer “Extra Superior Porter.” By the 1830s, the St. James’s Brewery was the largest brewery in Ireland.

A couple of good sources are: Guinness’s Brewery in the Irish Economy: 1759-1876 by Patrick Lynch and John Vaizey, and Iowerth Griffith’s Beer and Cider in Ireland: The Complete Guide. You can check out the Guinness website here, and Little Shamrocks for some fun Irish trivia. And this is a great recipe for chocolate Guinness cake (chocolate and Guinness! How can you go wrong? And it’s from Nigella, too)

I’m off to a parade this afternoon, and then to listen to some Irish bands at a local “pub” (not a totally genuine pub, natch, but the bar did come from a pub in Ireland that was being torn down! So at least it looks authentic…) What are your plans for the day? Do they involve Guinness???

Hi Amanda, writing this comment from the Internet cafe in London. Guinness is pretty much the only beer I enjoy besides the fruity belgian ones. On St. Patty’s Day, I just try and stay out of the way of all the drunk people falling out of bars here in New York. Although the parade is nice.

Great post, Amanda. I do have lots of Guinness gear to wear thanks to my brothers. Who would imagine two Southern boys who only drink Guinness!

I’m a teetotaler, but I am all for a great celebration of St. Paddy’s day! I will be off that day and I hope to work in my yard a bit and get some writing done. Will definitely eat some corned beef, but will pass on the cabbage thank you very much!

“Guinness is pretty much the only beer I enjoy”

Ditto that! My brother gets a “honey pale ale” from a brewery in Colorado that I like, but ordinary, US, Bud-type beer–uh-uh. 🙂

Louisa, hooray for writing days on St. Patty’s!!! My grandparents used to make corned beef every year for the holiday, from what I remember it was somewhat time-consuming (and I tried to hide the cabbage so I wouldn’t have to eat it, but they always found out…)

Sometime this weekend I will be having an ice cream float, with chocolate stout, very similar to Guinness. Mm.

Dunno if you know, but Guinness–and other dark, dark beers–are the beverage of choice for many West Indian folks. Jamaica loves its Guinness.

Amanda, I remember drinking Guiness on our trip to England!

O Doggie One, the other Alabamians must think your family is odd. Opera and Guiness and a bunch of critters.

And today I’m going to my friend Julie’s birthday party! I daresay she doesn’t have any Irish blood in her, but I’m certain alcohol will be served!

I’m going out for a Thai green curry, by coincidence, on St Patrick’s Day which I find a pretty ludicrous celebration.

A bit of Guinness is great with a beef dish–cooking, altho I guess if you like it, drinking it too. It gives it an amazing richness. Nigella’s chocolate cake looks pretty good, too.

I made that cake two Christmases ago. It was a HUGE hit. So delicious. I think I still have the extra cans of Guinness in the pantry (I wonder if it ever goes bad?).

I’ll just wear my shamrock pin to work and pretend I’m Irish for the day. 🙂

Guinness? Any time, any day, any hour…ahem. I skipped out of ballet and music duty today, so I’m home, and I will be writing.

Diane, you can be even more envious of Bitsy. She saw Judi Dench in person in a play. Wow!

Janet, St. Patrick’s Day is a crock, but St. Pat was a hack himself, so he would’ve loved this hoopla about him. Yeah, some pope still decided to grant him the sainthood (for taming the heathens).

“I will be having an ice cream float, with chocolate stout, very similar to Guinness.”

“St. Patrick’s Day is a crock, but St. Pat was a hack himself, so he would’ve loved this hoopla about him.”

LOL! I confess, I have a deep love of all things cheesy and “ludicrous”, so I like this time of year…

How was the parade this afternoon? Did you participate?

Indeed, O Divine One ! Everyone Southern family has that crazy branch of the family … and we’re it!

I was nearly drummed out of the family because I don’t drink coffee! I drink tea instead. As do both of my brothers! My Mom despairs of us every really being Southern. Those three years in England just ruined us. Sigh!

“How was the parade this afternoon? Did you participate?

Nope, just watched and waved my little Irish flag! Am feeling a bit headachy this morning after the Guinness 🙂

Happy St. Pats day! I found a link with the History.com site/stpatricksday that has it very simple over there about the origins of it and other myths and facts. I learned alot today than I ever did all these years! But they do have videos that tell the story of some things, but I’m deaf and not able to know what they say with some of that.

My hubby is Irish and drinks one green beer on St. Pat’s Day (because otherwise he doesn’t like green beer unless its just color added and his beer he likes. I think he said he didn’t like Guinness’s. We used to cook the corn beef and cabbage, but my daughter took over doing that, but I don’t think she’s able to today so we’ll do that soon. We really aren’t into much with the socializing part of this holiday.