Today we welcome author Jenna Petersen, whose book Her Notorious Viscount is out this month from Avon. She also writes as Jess Michaels, and her book, Taboo, came out yesterday!

Take it away, Jenna!

Hi everyone and thanks for having me here today. I’ve been thinking a lot lately about what I’m reading and it’s making me nervous. See, I have two books out currently (HER NOTORIOUS VISCOUNT and TABOO, both of which came out in the last month) and I’m just about to start writing a new book. What have I been reading and watching to pass the nervous hours?

Let me explain. It all started with ALAS, BABYLON. I read this book in high school and for some reason it popped into my head (okay, because we watched the horrific train wreck that was “Babylon A.D.” with Vin Diesel and the titles were similar and so I started thinking about the book). I wondered if I’d like it as much as I recalled liking it in high school so next thing you know I had a copy. If you’ve never read the story, here’s the run down…

ALAS, BABYLON was published in 1959 and written by Pat Frank. It’s a story about a man, Randy Bragg, who gets advanced knowledge of an imminent nuclear holocaust. How he prepares, how it comes down and how he and his small town of Fort Repose survive the aftermath is basically the book. Pat Frank apparently only wrote stories of nuclear war (although given his time, it’s sort of understandable why he was a bit obsessed) and this one is considered a classic. 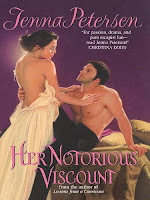 Then I also was watching a show on Discovery Channel about what would happen if all the humans on earth just… disappeared (it’s not good, but then all the humans have disappeared, so I guess we wouldn’t have to deal with it). And finally, I’ve also been reading Stephen King’s SKELETON CREW, which features “The Mist”, a great story about what happens when the world falls apart. And he’s the author of one of the greatest pieces of “world catastrophe” fiction, THE STAND.

Death, destruction, utter devastation… these seem like the perfect things for a nervous author to read, yes? So soothing as I hit refresh at Amazon and obsessively wait for Bookscan.

The fact is, each of these books/shows has a different impact. THE STAND is great, just as awesome every time I read it. ALAS, BABYLON didn’t have the same impact on me that it did as a 15-year old, but it did freak me out in other ways. As an adult, I started wondering if I could survive in a world where all modern conveniences are gone, where you have to fend for yourself in every way. And I was also touched by the idea that with television and radio (the two main mediums of the time) gone, all the people crowd the town library.

In ALAS, BABYLON, as in THE STAND, people turn to books. For research, certainly. They all have to learn to filter water or make a lantern or turn a car battery into some other system. But also for pleasure. In a situation where no other entertainment existed, books and stories would return to prominence. 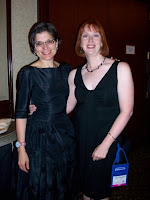 And maybe that gave me the comfort I need in times of “oh my God, I have a book out!!”.

So do you have any favorite post-apocalyptic fiction, either as a movie, television show or book? And if you lived in a Post-Apocalyptic world, which book would you label as a “must read”?

Thanks for joining us, Jenna!

Welcome, Jenna!
What a month you are having. TWO books out! Wow.

Here’s my apocalyptic worry. Much as I love my Kindle2, what happens to all that information if the dreaded future arrives and we have no PRINTED books?

This could be a big problem…

Hi everyone! Thanks again for having me ladies! I’ll be in and out being all post-disaster today. So let’s chat!

I think that Jane Austen’s works are for all time because they talk about human nature, so I’d say they are a given even in a post-apocalyptic world.

As for favorite P-A books, movies, etc–I like the cheesy action films, like Escape From New York and Sin City and The Dark Knight as images of what could be.

Hello, Jenna! Love your books as Jenna and as Jess !

I never really thought about the Kindle thing, O Divine One. Now I have one more thing to worry about. However, should the end come tomorrow, my house would be a haven for anyone who wants to read a real live book. My house is chock full to the rafters with books – most are historical romances, but hey, in a PA world what else would you want?

Hmm. I think anything by Jane Austen, Georgette Heyer and the Bronte sisters would get me through. Have to have some Byron too.

Midnight in the Garden of Good and Evil

To Kill a Mockingbird

The Sound and the Fury

Hmmm. The Mad Max series is definitely a great view of a PA world as are the Terminator movies.

Planet of the Apes – the original more than the remake.

Lucifer’s Hammer by Larry Niven and Jerry Pournelle is about a comet striking the earth and its aftermath. A very good read many years ago.

Thanks so much Louisa!! I’m so glad you’ve enjoyed the books!! 🙂

Hi Jess/Jenna!
At first when you asked about Apocalyptic fiction and television I didn’t at all know what this meant until you explained it! Thanks bunches!

As for books, oh this a tough one! I rather fill up the ebook reader with a bunch LOL. One of my very favorite books is ANNIE’S SONG by Catherine Anderson. Just a book that I so very connected with and so great a read!