by Elena Greene
Hello, everyone. I actually have a regular post, which I’d planned to do before my husband suffered a stroke in January. But first, since I know many of you are kind enough to be interested, I’ll give a brief update.About a week ago, we celebrated Rich’s return from the rehab center with a banner and an ice cream cake. He is strong enough now that I can care for him safely at home, and he is rising to all the challenges of moving about in a real world environment. He’s managed the 14 steps up to our 2nd floor and though it tires him, it’s good therapy. Until he is able to travel more easily, Rich will get physical and occupational therapy from a home care agency. I’m in the process of arranging for a good speech therapist to come to our home (I can’t seem to light a fire under the one from the agency) but hope to have that problem resolved soon.

I am really enjoying taking an increased role in Rich’s recovery, though it does leave little time for anything else. Writing feels like a terribly distant dream at this point. However there are small miracles to celebrate. I never thought I’d be so excited by a man just wiggling his big toe! LOL 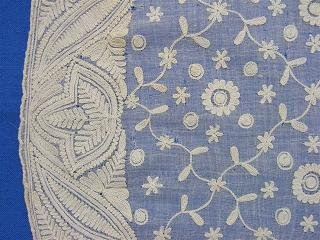 Now to my post. Last December, I started crocheting a scarf for a friend, similar to one she’d admired in a store. After Rich had the stroke, I continued to crochet in hospital waiting rooms, by his bedside while he was sleeping, etc… Keeping my hands busy helped me stay calm during a chaotic and scary time.

Earlier, I’d wondered if Regency ladies crocheted, so I did some research into it. I found some interesting information in the “History of Crochet” by Ruthie Marks.

Although sources differ, some believe crochet originated with tambour work, a form of embroidery that uses a hook to create patterns on a background fabric. Originated in the East but reached Europe around 1860. Sometime around 1800 tambour work evolved into what the French called “crochet in the air”. 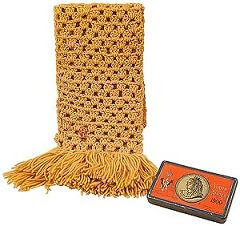 So crochet would have been a relatively new craft for a Regency lady. I’ve found little to suggest it was widely popular until Queen Victoria began to crochet. She made eight scarves for selected British soldiers during the South African war. 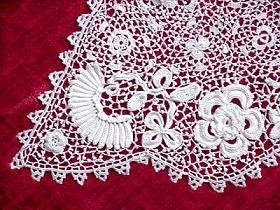 During the Victorian and Edwardian periods, crochet grew in popularity, reaching heights of virtuosity demonstrated in this example of crochet lace from Clones, Ireland. 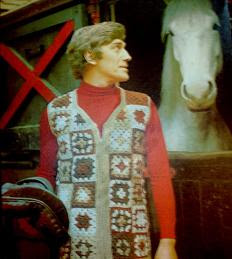 Since then, crochet has evolved in various directions from the ugly 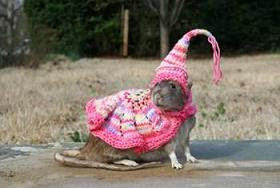 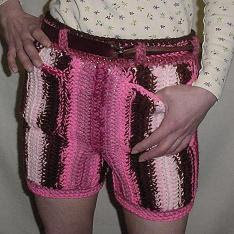 These images come from What Not to Crochet, a blog I check out when I’m in desperate need of a good laugh. 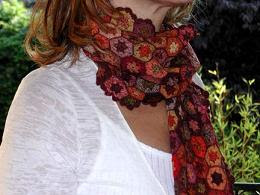 No wonder crochet has gotten something of a bad name. Yet there are some artisans out there creating beautiful designs, such as Sophie Digard, several of whose designs are pictured below. Though I no longer have time to crochet, someday it would be fun to attempt something as intricate and lovely. But by then I should be back to WRITING. 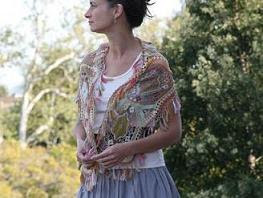 Anyone else enjoy crochet? Is there something special you reach for when you need to center yourself? Sites you visit for a good laugh?

Best wishes to you and your husband on his recovery! And wow, those pictures from What Not To Crochet seem like the PERFECT way to get a smile when you need one. The rat picture was TOO much!!!

I’m afraid I had a vest very similar to the gentleman with the horse…I also crocheted afghans, shawls and parkas in my day. My aunt knew how to do the lace crochet.

So glad Rich’s recovery is progressing and that he is home. Good luck on finding a good speech therapist! I’m sure the right one is out there.

Good to hear from you and to hear that Rich is doing better. He is lucky to have you!

And those pictures of what NOT to crochet are priceless!!

I love to quilt, knit, cross stitch and tat when I have the time and just want to sit still and relax. I used to crochet, but not so much these days.

Welcome back, Elena! We miss you!! (hugs)

LOL on What Not to Crochet! Is that a squirrel??? How did they do that? Anyway, my grandmother tried to teach me to crochet when I was a kid, but it always ended up a big yarn-y mess, so I really admire anyone who can do it. I do cross-stitch, which really helps me think through plot points when I’m stuck. (have been working on a reproduction of a Mary Queen of Scots piece for a long time)

It’s wonderful to see your post, Elena, and to know that Rich’s rehab is going well. Good for you for being proactive. May you find the right speech therapist soon!

I never learned to crochet beyond the basics, which I didn’t seem able to master so gave up. I have cross-stitched and quilted. For a quick laugh, I enjoy my personal iGoogle page in which I’ve included things like the Daily Puppy, Places to See (a bucket list), greatest horse pictures, and funny cat photos. I’ve also included famous quotes, love quotes, and Calvin and Hobbs daily cartoon.

I had to call my tween daughter in to see the pics of the rat and the shorts. Priceless. I’ll have to check out that blog.Unfortunately that’s what I do when I need distracting. The Cakewrecks blog never fails to amuse!

Okay, I just bookmarked Cakewrecks. Thanks for pointing it out, Jane George. The Twilight cake alone was worth the gander, and several of them were quite impressive.

My mom crochets — she made me a poncho when I was a kid, and there’s a purple afghan on my bed that she made! I learned at one point, and even crocheted an Easter egg once, but I didn’t keep it up.

A lot of my friends knit now, so I suspect one day I’ll take that up instead…

Elena, so glad to hear that Rich is on a forward path to recovery. Now that he’s home and has you with him, his recovery’ll be even faster.

Now that squirrel outfit? Admit it, Ammanda, for a minute, you did wish Abigail could have something like it. C’mon. Yes, you did…

Elena, I’m just like you. I always have a crochet project going. And indeed, it is the second thing I pick up (after my car keys) in any trip to the hospital. I have tried dresser scarves and doilies, but mostly create prayer shawls and blankets for preemie babies. I love to crochet because it connects me with my grandmother. I have fond memories of her sitting at the kitchen table, fingers and hook flashing as she created. Makes me all warm and fuzzy! And thanks for the history. I was just wondering what kind of handwork my heroine can do…and it won’t be crochet!

Thanks for all the kind words, everyone.

As for that “squirrel”, if you look at the tail, you’ll realize it’s a rat…

Diane, the important word in that sentence is “had”. Many of us have succumbed to fashion madness at various points. Just a few years ago I tossed some scary boxy, mega-shoulder-padded suits from the 80’s. Shudder.

LaVerne, you just reminded me that it was my grandmother who taught me to crochet. What a nice memory.

Definitely best wishes to Rich for a continued recovery, and deepest admiration to both Rich and Elena for their courage and compassion in a difficult time.

I never could crochet (things meant to be rectangles came out as trapezoids or rhomboids or various other shapes), but I love to knit. There’s something very soothing about the sound of the needles. I used to knit while watching TV, gave it up when I had children (who has time to sit with 3 little ones running around), and picked it up again last year. My only problem is that I no longer watch much TV, and it’s hard to knit while reading a book or bopping about the Internet.

PS, my spam blocker is gelnedia, which sounds like an imaginary country in a romance.

Cakewrecks–LOL! How have I never seen this before???

Elena, so glad you posted today! I don’t do much to center myself, but I probably should.

I visit the FAIL blog and howl over the Onion’s headlines for humor.

It’s so nice to hear from you, Elena! I used to crochet and enjoyed it but haven’t done any for years–mainly because most of the patterns were so lame, very similar to the ones on the blog you mentioned. What a riot! It’s the equivalent of the cakewrecks blog (sorry, don’t do html after 10 pm).

I’m late to your post, Elena, but I just wanted to tell you I’ve kept your husband and you in my thoughts and prayers.

As for crochet… I know the very basics, but I prefer knitting and cross stitching myself.

I’m even later to your post, but thought you might enjoy this video clip about crocheting a coral reef:

I didn’t know about your husband…so sorry to hear that. However, it sounds like he is on the mend, and I wish you both well. And keep us updated.

[…] blogged about Regency Crochet a few years ago. At that point I was unable to discover much evidence of ladies crocheting during […]