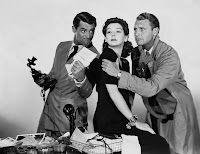 Are newspapers–traditional, black and white, printed on paper–dying? Print magazines are shuttering faster than the doors of Almack’s at 11 o’clock, and newspapers are seeing huge drops in circulation and advertising as well.

Newspapers used to be how everyone got their news, even if it was weeks late. Now, of course, the internet’s ubiquity means that newspapers are past time once they’re printed. My dad’s former newspaper, the Boston Globe, is facing possible closure by its owner, the New York Times, because of union negotiations (thanks to friend HatRack for sending me info about this!).

Back in the Regency, newspapers were as partisan as the New York Post is now, which is to say, newspapers were unabashedly partisan; which paper you subscribed to was dictated by your politics. The British government charged a stamp tax on newspapers, which made them prohibitively costly for all but the wealthy. It’s safe to say, however, based on our fiction and common sense, that newspapers were handed around from person to person and devoured.

I’m torn about the death of newspapers myself; on the one hand, I like the purported objectivity they espouse. On the other, I can get an enormous amount of news on the internet for free, and spending money on a newspaper is another luxury I’ve cut out of my daily life. But on the third hand, I don’t want to rely on news sources like the Daily Show and the Huffington Post for my information. The fourth hand almost doesn’t bear mentioning, but newspapers write on subjects I wouldn’t normally search out, so they keep me more informed than I might otherwise choose to be.

The heroine of my book, A Singular Lady, wrote a newspaper column detailing her hunt for a husband. If Titania were around today, she’d be blogging on the same subject.

How about you? Do you still get a hard copy of a newspaper? Where do you get your news?

I definitely still subscribe to the newspaper (and add in the NYTimes on Sunday). One of the major advantages for me is the serendipity of turning the page and finding articles I’d never had done a directed search for but which expand my knowledge of the world. If all I do is go on-line to search for specific things (which I admit is one of the huge benefits of on-line websites), how do I know how much I’m missing?

I also like the in-depth investigative reporting, which is something most individual bloggers do not have the capacity for. Unfortunately, this is something many newspapers cut when they start to lose money, but I just read a great series from Mesa, Arizona that won a Pulitzer this year and that shows what can be done by trained journalists.

I’ll definitely miss regular papers if they all die. One of my ideas of a relaxing Sunday is to sit in a comfortable chair reading the paper at leisure, and sitting in front of a computer screen just doesn’t measure up for me.

I don’t subscribe to any papers or magazines. It’s a money, time and tree issue, but I’m disappointed to see them struggling and closing all the same. I know, I know, I’m part of the problem.

I read on-line news and do a lot of “link cruising.” (Way too much lately. I really don’t need to know about the chihuahua blown away by a gust of wind who was later located by a pet psychic. Although that did make my day.)I follow up with a daily visit to the BBC news to get another slant on what I just read and stories the US just doesn’t cover. I do think the quality of news in general has fallen off. The argument is that the immediacy of on-line news makes newspapers irrelevant by the time they go to press, but most breaking on-line stories are little more than headlines with very little who, what, where, when and why. You have to keep checking the story as facts become known. The San Francisco Chronicle on-line is one of the worst offenders in this, and the brief articles often contain many errors.

I don’t have a television connection so I’m spared on that front.

LOL, do you think modern news is returning to the partisan ways of the Regency?

Do my reading choices define my politics? In that case I’m in trouble with OMG, Cakewrecks and the Swivet. Risky Regencies of course is above reproach.

I don’t think I could afford to actually physically subscribe to all the newspapers and magazines I read. I read about 70 newspapers/magazines a week. I normally focus on the arts/book sections. Although I must admit that after living in Wales I must know the news of Wales everyday. I also read the Norwegian newspaper The Aftenposten because it’s the most hilarious news I’ve ever read. I read a bunch of international newspapers and normally use an RSS feed to keep track of articles I’m interested in. I know this means that I miss some news, but with the amount I read I can’t see everything.

My family was in the newspaper business for a long time and sold out in 1989 making it possible for my father to retire comfortably at the age of 42. I think we were smart to get out when we did.

That being said I do print out the articles that are about art theft because I am planning on doing a Ph. D. on the subject and need to save the articles for future reference. I’ve been doing this for 8 years and have tons of boxes. The problem is I don’t know if I will be able to find the article when I start the Ph. D. (Just finished the master’s).

I will, however, miss microfilm. I love looking at old NYT and finding ridiculous ads that would never be allowed to be printed today. Also some of the politicians and we don’t even need to go back to Regency times have some very colorful language that could not be printed today.

I guess I’m at a loss. Now I can read my news from all over the world quite easily and follow art theft as it happens, but my thesis was based off using the NYT microfilms and most of that information is not online or in the NYT Historical database.

PS. Just bought the book A Singular Lady…too bad I couldn’t get it for my Kindle 2, but am looking forward to reading it. The hero seems like just the type of guy I go for!

So cool you come from a newspaper family, too. My dad never owned a paper, but worked for the Globe for 33 years, I think. What was your master’s in? Art, as well?

And I am part Welsh; my son is named a very Welsh name, which means no-one here can pronounce it. Altho’ there is one actor with the same name as his middle name, so people can figure it out better.

I get the Sunday NY Times, because I enjoy spending the morning curled up with a pot of tea and big piles of papers (and getting some news that doesn’t come from the pathetic local paper, LOL–talk about a biased rag…). But that’s it. Most of my news comes from the Internet, and it’s usually just the stuff I know I’m interested in (Susan, you put the drawbacks of that so well)

I do wonder (and fear) that without journalists who will keep a watch out for things we need to know? Who will break the news people in power would rather keep quiet? (and I’m not talking about who is wearing sleeveless dresses here, LOL) And I mourn the demise of book reviews and arts pages, as well, which can only further marginalize the worth of the arts in this country.

Don’t get me started 🙂

Anyway, Megan, I have to say again, your father sounds like he was a marvelous man!

I don’t subscribe to a newspaper, but I read the NY Times online. I can’t watch the news–it makes me crazy. I prefer reading it or listening to it on the radio. I love listening to BBC and NPR.

“I can’t watch the news–it makes me crazy”

Same here, Kate!! I got hooked on watching/reading as much news as possible during the presidential campaign last year, but then I had to quit cold turkey. 🙂

I’m ambivalent about newspapers, too. We still get the Washington Post on Sunday, but, I have to say, I rarely read it. But I want newspapers to remain as they are!

Life is getting complicated…

I do read the local paper every day. It isn’t great, but it gives me a good overview of what is going on in my area. I get the Sunday NY Times, but it is getting increasingly harder to justify the expense. SIGH. I just love to find those odd little articles about things I never might have seen without some intrepid reporter researching them. I clip articles and keep them in a file as possible ideas for stories.

I like newspapers the way they are. I think they keep the reporters a bit more honest and invested in their stories.

I read the Frankfurter Allgemeiner any time I go to Books – a – Million or some of the other big bookstores. I would love to subscribe to that one and the London Times. My CP is a London newspaper addict and she is always sending me articles from those papers.

I get the Washington Post, listen to a little NPR, and also read Salon.com. I also used to subscribe to the Guardian Weekly, which was the best source on US news! I like being able to take a newspaper with me and read it when I have a spare moment. I have enough to do on my computer without resorting to it for news.

Megan, I’ve read that newspapers in the Regency had on average seven readers per copy!

Actually my master’s is in Library Science.

Our newspaper was just a small town newspaper, but my grandparents did a lot of traveling and printed books about their travels on the press, which we still have and is pretty cool.

Did your dad ever let you type one of his stories at The Globe? My dad let me type out the weather when I was six or seven. I thought that was great.

I’m thinking your son might be named Rhys since I know of Jonathan Rhys Myers and he’s the only Welsh middle name actor I can think of…I like Owain Rhys for a name or perhaps even Emmett Greyson although Emmett is more Irish…we have ties to Irish hero Robert Emmett and I would like to keep the name going.

Got your book in the mail today. Can’t wait to read it!

Jane Austen: Got it in one, yes, the Henry 8 guy actor has my son’s name as his middle name.

And my book isn’t that great, feel free to let me know what you think.