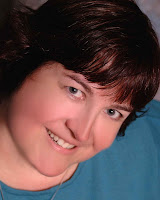 This Sunday we welcome Harlequin Historicals and Kensington Brava author Terri Brisbin (who is also a 2009 RITA nominee)! Comment for a chance to win a signed copy of The Conqueror’s Lady…

Riskies: Welcome to the blog, Terri! Tell us about your July release, The Conqueror’s Lady. Where did you find the idea for this book?

Terri: I love the classic medieval romances about a victorious Norman knight and a Saxon lady and I tried to think of a twist on that premise–in researching the battle, I discovered that the Bretons were blamed for a big misstep that nearly cost William his invasion so I wondered if that was true or if the Bretons got the bad press? LOL! Anyway, after meeting a very sexy Breton harpist in Scotland, I decided my heroes should be Breton knights, all linked by being fostered by the same man. So, The Conqueror’s Lady is the first of my trilogy–Knights of Brittany.

In this, Giles Fitzrobert is the first one to be sent to lands granted by William and he needs to fight his way in! As he arrives, he interrupts a wedding between his betrothed and another man and Giles is not happy. Fayth is trying to hold everything her father worked so hard for together and ends up married to a warrior who may have been her father’s killer. But of course they begin to learn about each other and there is much more there than meets the eye going on…

Riskies: Did you find any interesting research tidbits?

Terri: Yes!!! William the Conqueror had anger management issues and poison seemed to be his favorite weapon of choice when taking out his enemies. The story of his rivalry and hostilities with Conan of Brittany were verryyy interesting. FYI–Conan died after wearing poisoned riding gloves…poisoned LEATHER riding gloves. Did I mention that William’s mother was apparently the daughter of a tanner? Ahem…

Riskies: And what is “risky” about this book?

Terri: Any time an author begins a new series, it’s risky…Will the readers like it? Will it all work out the way I planned? Will the characters do as they’re told and stop whining about it being THEIR story? All those things and more went through my mind as I wrote this story.

Riskies: And tell us about your July “Undone” release!

Terri: Now, this is the RISKY thing I wrote! It’s amazingly difficult for me to write these shorter length stories–I am used to having 350+ manuscript pages to tell my stories, so asking me to write something good in 1/3 of that for a novella was hard. But this Undone is 1/2 of a novella, so the same elements–plot, characters, emotions, relationship–all had to be a oart of it…and it had to make sense, too!

So I decided to tell the story of how the Knights of Brittany decided to fight for William and introduced the noble-born knight Simon, whose father fostered the other 3. It is Simon’s wedding day to the lovely, feminine Lady Elise and Simon worries over how things will go between them. Lady Elise has the same worries and they spend the day trying to be the person they think the other wants them to be. Simon is wooing her gently and Elise is tempting him to the brink of his self-control.

Riskies: I see on your website you have lots of beautiful pics of Scotland! What are some of your favorite places there?

Terri: I do love Scotland! A couple of my favorite places are Edinburgh (so much to see and do, oh my!), Pitlochry (a small Victorian village in the Cairngorm mountains) and the Highlands. And Islands. Too many places to list, really. I’m planning a trip for September and my problem is that I want to visit too many places there!

Riskies: And what’s next for you?

Terri: I am so excited to share that after my July Harlequin Historicals release, my next book will be in December and from Kensington Brava! A Storm of Passion is a medieval historical, set in Scotland when magic still glimmered in the Highlands and Islands. It’s a story of a gift and a curse and forces so strong that only love can prevail, if it can be found. That is also the first of a new trilogy so there will be two more to follow in 2010 and 2011, and they promise to be very emotional and sexy romances.

The next one out from Harlequin will be Brice’s story–I’m writing that now, so I suspect it will be a Spring 2010 release?

Also, Kensington just asked me to do a novella for an anthology headed up by Susan Johnson–THE Susan Johnson! I am so excited to be part of that project. I don’t have a title (or even an idea!) for it yet, but it is scheduled as a May 2010 release.

Please check my website for all the details, and for a new contest I’m going to do over the summer. Mills & Boon, the UK Harlequin company, is releasing all 3 of my Highlander novels this summer, so I’m doing some giveaways of the British editions. Lots of new stuff and I’ll be announcing it through my website and newsletter.

Thanks to the Risky Regencies for inviting me here today! Please ask me questions–I’ll be stopping in during the day and would love to hear from readers and writers…

Hi Terri,
Congratulations on your new book and all your upcoming stories. Fayth sounds like a clever heroine, thinking her way to best Giles.

I love the idea of these Knights of Brittany. Of course I love all things medieval too. Sounds like a great series. Looking forward to reading it.
Ann

Wow! Sounds like your keyboard is hot! I’ve been doing a little medieval research too, although my current project is set in the Regency. I have the three volume Hallam’s Middle Ages (1864) that I rescued from a library purge—copious footnotes on every page and I sneeze my head off, LOL.

I do like a good medieval, and I’ll be looking for yours.

Welcome, Terri! It is great to have you here. The series sounds terrific and I’m all envy at your plans for a trip to Scotland. I’m dying to go back!

Terri, I really enjoy your work, and congratulations on the Undone project–the shorter length is perfect for a reader on the run! Great interview, ladies.

Best of luck with the Rita! 🙂

Sounds like a great book and love the history tidbits–like the poisoned leather gloves!

Hi Terri,
Love that you have started a new trilogy. The Knights of Brittany sounds great. But since I love everything you write that makes me bias, no ? lol lol
I truly do enjoy your reads Terri and it always feels like Christmas when Authors I love have new books coming out. 🙂 Much success on the newest trilogy.
Carol L.
Lucky4750@aol.com

There’s something primal about the medieval period that just sings to me. And I love the dark tidbits of scandal you’ve uncovered. These all sound like must reads!

Congrats on the RITA nomination and best of luck to you!

Wow, great research tidbits Terri! I love the sound of the Knights if Brittney. Its those little interesting bits and pieces about historical figures and times that make a book for me, especially those set in the Medieval period.

Is it just me or are medievals making something of a comeback. There are some great ones coming out and I am SO happy about it! And your new twist sounds fascinating and exciting.

What are some of your favorite research sources when it comes to the medieval period?

I too envy your return to Scotland. I haven’t been there in over 20 years, but I loved it. Edinburgh is one of my favorite cities in the world.

Wow, Terri. I love the bit about the poisoned leather–they found very creative ways to poison their enemies in the Medieval period.

Welcome, Terri! I also love those classic “Norman-Saxon medievals,” and the twist of the Bretons sounds intriguing. I am definitely looking forward to these books. 🙂

What were your conclusions on the Bretons and the misstep? Bad press or guilty?

Hi Terri,
Congrats on the new releases!I love your books, especially your medieval Dumont series, they are all on my keeper shelf and I’ll be looking for this new series of yours!

Hi Terri, nice to have you visit. How do you handle the issue of characters speaking Norman French and Anglo-Saxon, and communicating the same to the reader?

Hi, everyone! Thanks for reading my interview…and thanks to the gals here at Risky Regencies for inviting me….

Since neither English nor French were the same languages then as they are today, I tend to use a more formal style of dialogue and narrative in my medievals. I only mention the language differences when it’s important to the scene or story.

Since these upcoming heroes are from Brittany and they have their own dialect, it would really be confusing…So I use a few French words or phrases to remind readers of their origins..

I really had issues when I wrote my SURRENDER TO THE HIGHLANDER story last year — it begins in the Scottish Highlands but continues onto the Orkney Islands…which were Norse at the time. They had three different languages in Orkney in 1370 — the common language, the formal court language and Latin, too! Add to that Gaelic and I almost had more languages than people!

So, I try to use foreign languages sparingly, for flavor.

PS — thanks for the question

Terri,
Love that you selected the Breton knights for your focal group. Yum! Your trilogy sounds fabulous. Then, I always enjoy your stories. In addition to being a really nice person, you’re an inspiration. I wish you continued success! *Hugs*

Diana
*Who is mega jealous you’re going to Scotland this fall!

The new books sound fantastic and they have been added to my must get list.

I too love medievals and I love books set around Scotland that is one place I would love to go to,so I love reading books set there so as I feel I am there.

Looking forward to reading about Fayth and Giles.

Congrats on the RITA nomination

Congrats on this new venture, Terri! It sounds exciting.

My goodness, Terri! You are just burning up the computer with all that you have going on! I’ve enjoyed Norman/Saxon stories ever since reading the Wolf and the Dove and many of Jude Devereaux’s early ones. I’m looking forward to the Knights of Brittany series. Congratulations on all your success.

Hello Terri, congratulations on your new release. I have never read any or your books before, but they sound like my kind of book. I love reading historicals. They have always been my favorite. Thanks for sharing with us today!

Terri, welcome to the Riskies. Congratulations on your RITA final.

It thrills me to see so many new medievals being written these days. I’m a huge fan. I’m currently reading Laura Kinsale’s “For My Lady’s Heart” that has Middle English tossed in here and there, exciting me no end.

More than anger management issues, I’ve heard the Duke was a manic-depressive. Is that true?

And ooh, what a coincidence: I’ve visited Pitlochry in summer of 2002. My brother and I stayed at a farm outside Stonehaven, Aberdeenshire and drove everywhere from there.

Lots of new books coming out for you this year and next. How do you keep the type of story you write for HH, Undone, and Brava separate? Is an Undone like a Spice Brief? Or is at the heat level of a Brava?