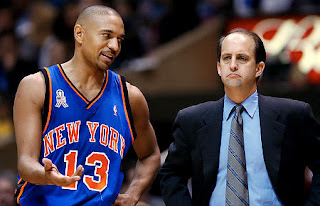 For some women, it’s height; for others, broad shoulders. For still others–sometimes the heroines at the start of our books, although certainly not by the end–it’s wealth.

For me, it’s the voice. That one essential element to finding someone attractive, without which it’s a dealbreaker. I’ve only realized it recently, while watching actor Ed Burns try to be confident in Confidence. He wasn’t. And it was because he hasn’t got a sufficiently deep, raspy voice; his voice is a tenor, unconvincing because it was just too high. I just didn’t believe what he was saying, despite his posturing. 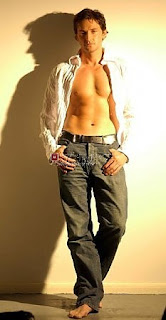 There’s a trainer at my gym who is, by job definition, totally cut and happens to be really good-looking on top of it. But I just can’t find him attractive because his voice doesn’t appeal to me (too high–sense a trend here?). Conversely, I swooned over former NY Knicks coach Jeff Van Gundy after particularly tough games, because his voice got all raspy and jagged after 48 minutes of yelling. I know it’s weird. But I cannot deny my attraction (the fact that he is so intense is appealing, too, but that is a post for another time). 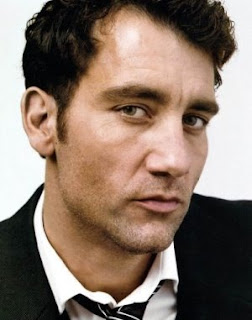 And I think, although I would like to blame my inherent Anglophilia for it, is why I find so many British men ridiculously attractive; there’s something about the way they speak that I find devastating. Clive Owen has a supremely sexy voice, as does Sean Bean. Richard Armitage is off the charts in terms of how damn sexy his voice is. Listen to a sample of him reading Georgette Heyer‘s Sylvester. 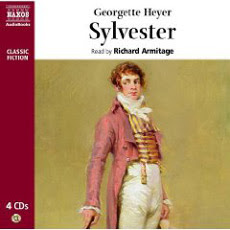 Oh, goodness. (By the way? If my husband doesn’t pick up on copious hints to get this for my birthday next month, he might need a Clue Intervention).

So if a hero has a deep snarl, or a husky rasp, or a low-throated growl, I’m sold.

(And, yes, my husband has a fantastic voice, especially when he’s really worn out.)

That, I’ve realized, is my dealbreaker. What’s yours?

Patrick Stewart and James Earl Jones. I could listen to them talk all day. I’ve always said that if I ever met a man who sounded like my horse, I’d marry him. 🙂 My horse had what I’d consider a baritone. When he “talked” to me (nickers and huffs) it came from deep in his chest, and resonated in me. I miss it. I’m also very aware of how someone speaks, from tone of voice to his word choices and how he speaks to others. There’s been many a hunk who ruined the effect with his word choices but it’s even worse when he opened his mouth to belittle someone.

I’m with you voice is a deal breaker. Although Jeff is a bit of a stretch for me. I love a sexy raspy voice. Too high and whiny? Oh just shut up and look pretty already.

Okay, here I go again…..
For a wonderful “voice” listen to the Sharpe audiobooks narrated by William Gaminara
http://tinyurl.com/mkawp4

I’m a sucker for a great voice and if there’s an accent to go with it, all the better. Anybody watch Gabriel Byrne in HBO show, IN TREATMENT? Just enough of an Irish lilt, and the chiseled face and dark hair don’t hurt, either. 😉

And YES, my hero has a Rickmanesque voice!

I’m with you, Hope! Gabriel Byrne has “the voice.” I heard him interviewed on NPR, as well as seeing him on In Treatment.
OMIGOSH

(By the way, if anyone wants to see GOOD psychotherapy in action, watch In Treatment)

Gotta agree with all of you guys–Patrick, James Earl Jones, Gabriel Byrne, Alan Rickman–Diane, I want to hear the William guy, will search out an audio clip.

Kwana, I know I am odd in liking Jeff. But that’s me, right?

And yes, I love In Treatment.

. . . And by the way, I’m getting the feeling Leanna’s Alan Rickman passion is just as strong as Diane’s Gerard passion, or Amanda’s Orlando passion.

Maybe not quite as ferocious as Carolyn’s Alexander Skarsgard passion, however.

“Spartan’s! Prepare your breakfast and eat hearty. For tonight we dine in h*ll!”

Diane, I admire your self-restraint, but I definitely share your enthusiasm for Gerard’s voice.

I just love a Welsh accent. There’s a children’s series based on The Mabinogion and the audio books are read by a Welshman. Bought them all.

Ioan Gruffudd is Welsh. I love his voice.

I agree with you all, the voice is paramount. And so hard to describe just right with the written word.

Don’t even get me started on my Alan Rickman fetish. The man is snotty perfection. I’d classify myself as an Anglophile too (Alan Rickman, James McAvoy, Ciaran Hinds,Aiden Gillen) except for upstarts like Edward Norton and Don Cheedle. Maybe it’s talent, intelligence, AND a good voice?

And I’m deep in the written voice at the moment, having embarked on my first Wodehouse, The Inimitable Jeeves. But I have to admit that the rather rummy thought boiled up out of my bally brain that Anthony Burgess mined the dark flip-side of the Wodehouse coin when he wrote A Clockwork Orange. “Halloo, halloo, halloo, my chummy blighters, what?”

Great post, Megan!
Ditto to all the voices (Diane, did you know Gerald Butler is the cover story in the latest issue of Esquire?). I like a nice West Country accent, very soft and with a nice lilt, and I can’t think of a single actor as an example.

Janet, how about Anthony Hopkins?

Totally agree! I hate seeing a guy who LOOKS like he’ll have a sexy, deep voice then–doesn’t (I can see how some silent movie careers went downhill when sound came in!)

Like most girls, I do like a British accent. Men just sound so much smarter with one of those. 🙂 And French and Italian and (definitely) Irish. And a Scots accent like James McAvoy–yum. I’ve even started to like a Southern accent, thanks to “True Blood” (luv the way Bill says “Sookie”!) I guess I am not picky. 🙂

I like a deep, rich, full-bodied voice. Not such a big fan of the rasp. My all-time favorite, who I don’t believe has been listed here yet, is Avery Brooks. DS9 is my favorite Trek for the storytelling, but getting to listen to Brooks didn’t hurt…

If you are dropping hints for presents – try Richard Armitage reading The Lords of The North by Bernard Cornwell! 10 CD’s of utter gorgeousness (just make sure you get the unabridged version, there is an abridged version read by someone else).

No one has mentioned the late Richard Burton. it’s going back a bit but his reading of The War of The Worlds is amazing.

I’m a Brit and I once fell in love with the voice of the Service Manager where I worked. They were in another building and I only ever heard him on the phone – meeting him was one of the biggest disappointments of my life, he was horrible both in looks and personality.

I am so in agreement with you! I got laughed at in high school for saying that I would only date deep voiced men. First guy I knew to have that truly deep voice was a kid in fith grade. Let’s just say that was a pretty long lasting crush.

You have mentioned some wonderful men. I know there’s a 50+ age difference, but Sean Connery does it for me.

I’m a bit different then the rest of you, I like men other than those that come for the Brisith Isles. There are some very nice Russian and Aussie accented men out there. 🙂

(sorry for the random comment, I’ve been reading your blog for a bit now but I’m not really a commenter, but I just had to comment on this one!)

Kristen, I agree. I’m also a voice girl. As much as I adore Tom Selleck, I’ve never been able to take him seriously. His voice is too high. If we want to get all clinical, it’s because the deeper voices register higher testosterone. I don’t know. I just know I”m also a sucker for Connery, Clooney, Rickman, actually heard Richard Burton live and almost dove off the balcony. And if you’re going Irish, also Liam Neeson, Colin Farrell, (young)Albert Finney, Peter O’Toole, and, pardon my saying, Jane, Ciaran Hinds. I met him and he has the most delicious northern Irish accent(and is the sweetest person imaginable)

junec, I was thinking of Richard Burton, an instantly recognizable voice! Eileen, I fully understand almost driving off a cliff! who wouldn’t?

As for a non-Brit voice, how about Antonio Banderas?

And Sean Connery, Kristen! How could we forget him???

Oh, such delicious thoughts. And I’m on board with not finding Selleck’s voice good, either; not such a huge fan of Brad Pitt’s, either.