Gone To RWA! And Bastille Day 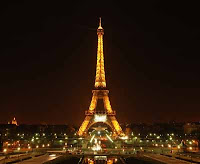 I’m jetting off to Washington DC this morning for the RWA festivities (having finally packed my suitcase to somewhat satisfactory results)! Will be back next week with pics and reports. 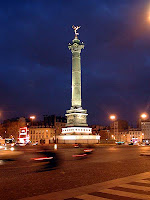 In the meantime, today is also Bastille Day! Time to break out the baguettes and champagne! And if you’re in Paris, go watch the festivities on the Champs-Elysees for me. The day commemorates the storming of the Bastille prison in 1789 (the prison had once been notorious for holding political prisoners, but when it was stormed it held only 7 inmates, mostly forgers and petty crooks. 8 attackers and 1 defender, Bastille governor de Launay, were killed in the attack). It also marks the day a year later when the Fete de la Federation was held in celebration, a great feast on the Champ de Mars marked with fireworks, copious amounts of wine, and (it’s said) running naked in the streets to celebrate freedom. The good times didn’t last too long, though.

So Happy Bastille Day! See you next week….

Winging to DC today will get you to a city very much like Paris, so you can “almost” imagine you are there.

Hope you have a great time at RWA and don’t work too hard!

See you soon, Amanda. I tried to organize an office sing-in of the Marseillaise today with not much success.

Have a wonderful time at National Riskies!!!