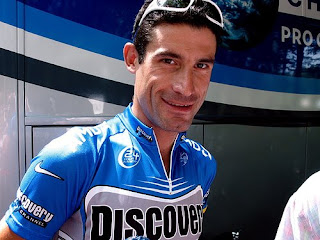 The past few weeks, I’ve been watching the Tour de France, marveling at the cyclists’ athletic ability and intensity. It’s a joke between me and my husband that we’ll be watching a sports event, and I’ll say something like, “Remind me never to be a linebacker,” or “a catcher,” or anything, honestly, that requires that kind of Herculean effort.

But there is one athletic job I wouldn’t mind, and I think it can relate to the books I like to read, too: That of a domestique, a “a road bicycle racer who works for the benefit of his and leader. The French domestique translates as ‘servant’.”

Yeah, a servant. Which is likely why the quiet governess who’s suddenly thrust into the romantic spotlight is so appealing to me as well; after all, I myself shun the spotlight, instead preferring to observe and comment–usually snarkily–on the sidelines. My other favorite heroines are the plainer sisters of Diamonds of the First Water, who attract the attention of the Luscious Rake. 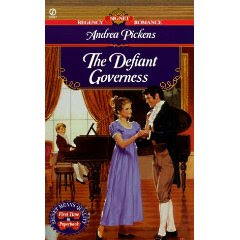 A domestique doesn’t have the pressure of having to win, just having to work hard for someone else (see: Megan and her spotlighting husband). But a domestique can have their own story, such as my favorite cyclist George Hincapie, who’s finishing the Tour this year with an allegedly broken collarbone. Allegedly because he says he’s fine, and won’t let doctors look at him until after the Tour. Now THAT is a hero! (Plus he’s 6’4″. Swoon). 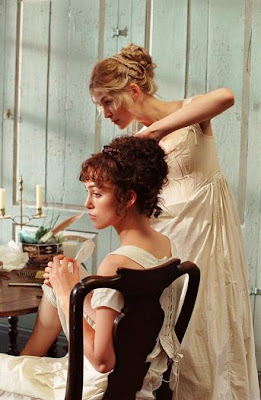 Are you following the Tour? Do you find your allegiances remain consistent, whether it’s in sports or in books? What kind of athlete would you like to be?

YES!!! I’m following the tour too. I felt so annoyed when George Hincapie didn’t get the yellow jersey because the peloton caught up with his time. I wouldn’t have minded seeing him in yellow. The other “domestique” my household is a fan of is Jens Voigt, who also had a nasty accident. This is an AWESOME interview with him (his accent is so cute as he describes how he gets paid to make other people suffer): http://www.youtube.com/watch?v=UncELpyKQLU

Anyway, I have a few favorites on the Tour. 😀

But what happens when everyone wants to be boss and no one wants to be domestique? (hello, Armstrong/Contador/Leipheimer!). I still think someone on Astana is going to pull it off, but who?? My money is on Contador at the moment, but it changes every day. (my brother has much more educated guesses, being a bike racer himself, so I don’t make Tour bets with him…)

I’m also a big, big fan of the governess/brainy younger sister heroine! I love to see them get their big romantic moment. 🙂 Though at the moment I am starting a book (Irish trilogy book 3) with the beautiful, troublemaking, attention-getting sister as the heroine. She’s a little harder for me to understand, but I do like her as I get to know her fears and insecurities…

Amanda, one cool thing about the Tour is exactly what you’re talking about: The ceding of the spotlight to the guy who could most do it. For example, Lance played the part of domestique for Contador a few stages ago, making sure Wiggins didn’t make up enough time to take the yellow jersey.

So much fun. Clearly, I am obsessed.

Sigh. I am so not following the Tour de France, but then I rarely follow any sport.

It is hard to believe but I was once second in my county in the 100 yard dash. That was eighth grade. And in college I dated a runner so I developed a fondness for Track and Field sports. But I only indulge it during the Olympics, where I also love the obscure sports.

I can’t exactly say I’m following the Tour. We often have it on for a bit at night, but not to follow the race so much as to admire the scenery. As in, “The Tour de France makes you want to go tour France.”

If I could be an athlete? Well, when I was little I used to dream of being the first woman jockey to win the Triple Crown, preferably while riding a filly. My mother pointed out that as the child of a 6’0″ father and a 5’7″ mother, I was unlikely to have the right body for the job. And she was right. I’m 5’7″, and so broad-shouldered, curvy, and all-around shield-maidenly with it that back when I was 25 and weighed 145 lbs., I looked downright scrawny. So my younger self dreamed of show jumping and three-day eventing, too, just in case.

If I could take up a sport now, it’d be fencing. I took some lessons last fall and loved it, but stopped when I spent most of October-February being more or less sick (walking pneumonia, ugh), and haven’t figured out how to squeeze it back into my schedule yet.

I’ve always said that I’m not interested in being Zorro myself, and I’m not sure I want to be the sparkling object of his affections or the damsel in distress, but I would love to be the young faithful girl who talks Toronado on long walks in the moonlight so that the Dons will not see him grazing during the day, the young lady who keeps his sword sharpened and his saddle oiled and repaired. The one who helps him accomplish his missions.

He knows he’d be nothing without me.

“Amanda, one cool thing about the Tour is exactly what you’re talking about: The ceding of the spotlight to the guy who could most do it”

I do love the strategy of it all (even though I can’t always figure it out!). It’s a fascinating sport. I just wish I could manage to do more than a mile or so on the bike without getting exhausted (my disgustingly fit brother can do 70 easy, sigh). Can’t wait for tomorrow’s next-to-last stage

What kind of athlete would I want to be? Pardon me, while I (and anyone who knows me) have a huge belly laugh. Armchair suits me just fine, though a sofa would do in a pinch. In my young’un days, I was on the school team for throwball (like volleyball, except you catch and well throw the ball) and a fair runner. In my ideal state, I’d like to be a champion yogi.

I don’t follow the tour. My athletic preferences lean toward football, baseball, tennis and yes, even the Olympics. Somehow I haven’t caught on to bicycling. Thanks for the blog post though. I didn’t realize how much strategy went into it.

A lot can be said for pacing. 😉

Domestiques are the unsung heroes, n’est pas? And being an introvert myself, I like to see people who don’t grab for the spotlight get their day in the sun, be they literary heroes or hunky athletes. (BTW, thanks for the book jacket flash.)