What Does “Romantic” Mean To You? 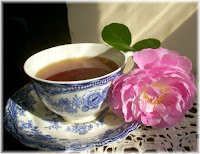 So, for the past week or so I was stuck at home with a bad throat infection. I couldn’t talk (except on Twitter!), or eat anything but soup, pudding, and tea (I’m thinking about writing a diet book). Not much fun. But here is what I did get to do:

1) Turn in the Christmas novella!
2) Write an “Undone” short story! (which is getting turned in today, hopefully)
3) Played around with a new “French Revolution vampires” story idea (and if the hero just happens to be tall, blond, and runs a scandalous gambling club in the Palais-Royal, that is entirely a coincidence…)
4) Read some of the books I picked up at RWA
5) Watched movies. Lots of movies. (And North & South again. Nothing restores health like Mr. Thornton’s dark glowering…)

One of those movies was a Bollywood production called Hum Dil De Chuke Sanam. I confess to a crazed love of Bollywood films, though sadly I haven’t seen very many, being limited to whatever is on Netflix. I also have to be in just the right mood, with lots of time (these are long movies) and plenty of palak paneer and chicken vindaloo take-away. I love the bright, beautiful costumes (even heroines who are meant to be very poor have sequined saris–and back-up dancers whenever she needs them), the glittery song and dance numbers (which happen at the most giddy random moments), and most of all the unabashed romanticism. These characters have big, wild, passionate emotions, which they express in a big way, with lots of tears, shouts, and music. 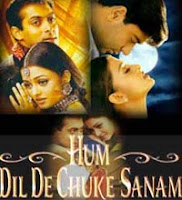 In this film, our heroine Nendini falls in love with the cute, nice, but sort of goofball-ish singer Semeer, who also falls in love with her. But her father sends Semeer away and makes her marry cute, nice, but sort of intense lawyer Vanraj (who can’t sing at all). She looks like she’s going to the scaffold all during the ultra-lavish wedding scene, but poor Vanraj doesn’t seem to notice. He later finds out that the reason his new wife wafts around the house like a sad ghost is because she still loves Semeer, who has gone off to Italy to pursue his singing career. Vanraj takes Nendini to Italy to find her first love. It takes a while (and an accident or two, plus at least 5 musical numbers), but eventually Nendini learns the True Meaning of Love, and there’s a big, tearful reunion on a starlit bridge. I admit–it was totally, totally great.

It can be hard to find an American film this open to raw emotion, not to mention big production numbers. On Sunday, to celebrate my return to the land of the living, some friends took me to see the movie 500 Days of Summer. I loved this movie, too. I’m not generally a fan of the so-called romantic comedy genre, but this one doesn’t really fall into that category. It was entirely unpredictable, told from the male POV (Tom is madly in love with Summer, who likes him but says she will never marry), non-chronological, and even had a black-and-white musical number! Roger Ebert gave it 4 stars and says, “Summer remains mysterious all through the film, perhaps because we persist with Tom in expecting her to cave in. When we realize she is not required to in this movie, because it’s not playing by the Hollywood rules, we perk up. Anything could happen. The kaleidoscopic time structure breaks the shackles of the three-act grid and thrashes about with the freedom of romantic confusion.” (Maybe it’s a lesson to us writers to not “play by the rules,” too).

Is it “romantic”? Well–yes, in it’s own crazy way. I guess I was thinking about all this today because it’s the birthday of Percy Bysshe Shelley (August 4, 1792–July 8, 1822). You know, the guy who helped invent “Romantic” poetry and said, “Soul meets soul on lovers’ lips” and “All love is sweet, Given or returned. Common as light is love, and its familiar voice wearies not ever.”

But what does “romance” mean to you?? What are some movies or books you find particularly romantic? And what’s your favorite Shelley poem?

I think you and I often find the same things romantic, Amanda–North & South is one obvious entry, but also True Blood, and Bill’s single-minded ferocity in protecting Sookie, Firelight, with its poignant love, P&P with the looks and slight touches and all that.

I have no favorite Shelley poem, I’m not a big poetry reader. I think it’s cause I’m a fast reader, and tend to skip over words sometimes. Not a good habit, but it’s hard for me to slow down.

I like P & P with the looks and subtle touches…I love it when Colin Firth grabs Jennifer Ehle’ hand at in the Inn at Lampton and then drops it quickly.

I also love Wives and Daughters when Molly is at the big house and Rodger can’t keep his eyes off her.

But for me the ultimate romantic moment comes in All About Eve. Margo Channing just finds out about the article on Eve and she’s upset and then Bill, who she had broken up with, comes running up the stairs and grabs her and holds her and says “Bill’s here, baby. Bill’s here.” I don’t even need to watch the last half hour after that. I just adore that scene.

I have no favorite Shelley poem, but did thoroughly enjoy “Passion” by Jude Morgan, which is about the Romantic poets.

Megan, I do love all those things so much! I love the stories where there is something so dark and intense half-hidden underneath. (and I realized last week how much I love that bit in N&S when she hands him the teacup…)

JA, I really enjoyed “Passion,” as well! I keep meaning to read another Morgan book, but haven’t gotten around to it yet. Anyone have any recs?

Indiscretion by Morgan is very Austenesque only it’s set in Victorian times, but very much a character study. An Accomplished Woman is really the retelling of Persuasion and so my favorite Morgan. It also makes little plays with Regency romances written today, which I think is quite clever.

I don’t remember anything by Shelley, so I guess none of his were my favorites. Hmm…Ozymandias, right? I’ve never really gone for the romantic poets much. I’m a diehard Donne fangirl.

Romantic to me has to do with meeting of minds, laughter, having fun. Undying passion leaves me sort of… well, not cold, exactly, but dubious. It has a juvenile tinge to it unless it’s expressed in heroic acts of some sort of another. Like sacrifice for the sake of the loved one. That usually works for me.

Amanda, for someone who was sick for a week, you got an awful lot done!! How much do you do when you’re not sick??

LOL, Barbara! I usually get about the same amount of writing done, but not nearly that amount of reading/movie-watching. It was sort of nice to be at home for a few days, even if they were sick days. 🙂

And congrats on your own recent sale to Harlequin!!!

I have to agree with Jane Austen–Wives and Daughters floats my romantic boat and I too love Jude Morgan–but I didn’t think Indiscretion, which I think is a perfect book and my favorite, has a Victorian setting.

And also Far From the Madding Crowd, the Schlesinger movie with Julie Christie, Terence Stamp, Peter Finch, and Alan Bates when they were all young and beautiful (altho Christie is still beautiful).

Janet, the Victorian setting comment came from a review I had read about the book although I don’t remember where that review was. I thought it was more in that in between era…not quite Regency, but not quite Victorian either.

Luckily I have “Indiscretion” on my shelf! It’s moving to the top of the TBR pile.

One of the other BBC costume dramas I re-watched last week was “Our Mutual Friend,” which I have to say had its fair share of romantic moments, as well, now that I think of it…

On demand, of course, I can’t think of even one romantic movie…I did watch Gone With The Wind this week and renewed my admiration for Vivian Leigh’s acting skills.

I don’t suppose anyone is adding the new Gerard Butler movie to this list. The Ugly Truth didn’t get such great reviews.

And I still have the North and South DVD. The plastic wrapper is still on it.

You need to tell Gerry to find some better roles, Diane!! 🙂

If I can go more contemporary, the two romantic movies I can watch again and again and sigh over in between laughs are Dave and Bull Durham.

No favorite Shelley poem, but if it were John Donne…

I loved “(500) Days of Summer” and totally agree that it’s quite romantic, even if the hero didn’t necessarily end up with the girl. No one is to blame, no one is a villain, but sometimes timing or kismet or whatever means that a relationship is not fated to last. And unlike so many movies without an explicit HEA, the ending of this movie is so hopeful that you know he will find that special someone who reciprocates entirely. Definitely heartily recommend this one.

Another recent movie that is quite sad and quite beautiful to look at is “Cheri”, based on stories by Colette. Both Rupert Friend and Michelle Pfeiffer are stunning human beings, and she wears one gorgeous dress after another. Again, no one is a villain (although at times Cheri comes close). I actually liked this much more than I thought I would.

For romances with a HEA, how about “His Girl Friday” (definitely satisfies Barbara’s requirement for a true meeting of the minds and laughter) or “The Princess Bride”?