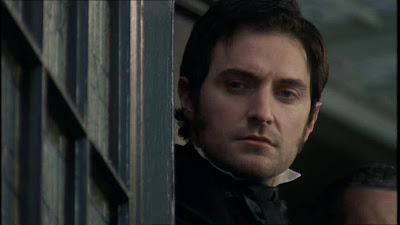 Hello from the midwest! My son and I are on our annual two-week visit to Minnesota, on the shores of Lake Minnetonka, to be exact, so he can attend sailing school.

(Whenever I say that, I am hit by liberal PC guilt, as though it’s entitled and all for me to talk about sailing school. Which is run by the Minnetonka Yacht Club, fer chrissakes. And it is all entitled and stuff, but it’s a great opportunity for him, so I gotta just feel guilty and move on).

So I’ve been without son for at least seven hours every day, sometimes longer, depending. Bliss!

But, as I know better than anyone, I can procrastinate like nobody’s business. So today, my friend Liz Maverick and I had a virtual writing date: We got onto IM, I set a timer for 20 minutes, IMed “20 minutes–GO!” and we both wrote, not letting distractions like email or random cups of tea get in the way. It was an amazing way to work, and we were both stunned by our productivity. I wrote 1800 words, good words, too, which is almost twice what a ‘good’ writing day is for me.

When we are in the same state, Liz and I do the same thing at one of our houses; we set our laptops opposite each other, set a timer in-between (mine is painted like a ladybug, and I try not to set the ladybug butt opposite Liz, ’cause that bothers her), and we write for designated periods.

I think this method works for us because we are both competitive (as in, “I don’t want that bitch to have written more than me/I can sit in this chair pounding at the keyboard for longer than her”), both like companionship and if one of us is stuck on a plot point or something, we can just wave a hand and take a time-out. It’s really great, especially if you work alone most of the time, wich most writers do.

Today, actually, Liz and I brainstormed on IM about my hero’s backstory, and just a few minutes of back and forth conversation really helped me understand him. And hey, surprise, he looks like a cross between Clive Owen and Richard Armitage. Seriously, if I were any more predictable I’d be a Barbara Cartland novel.

I am back to writing a Regency-set historical, and I am loving it. It’s got the most “me” voice I’ve ever tried, besides my first book, which took three tries to get the voice right. Here’s a peek, as it stands now:

This was quite possibly the most boring evening he’d spent since he’d had his first drink, James thought as he walked into the room. The same dull people gossiping about other dull people, the same petty intrigues and scandals only obfuscating the inevitable ennui that enveloped every member of Society within a few years.

No wonder he’d bought a commission so many years ago. Yes, there was the threat of dying, but at least he wasn’t bored.

My hero, in case you couldn’t tell, has a dark soul. My favorite kind.

So how do you combat procrastination? If you’re a writer, do you have a writing buddy? And where are you going/did you go on vacation?

This weekend I am going to WV to visit my sister. I procrastinate all kinds of ways by Facebooking or e-mailing or reading blogs. Currently I am writing an update of Northanger Abbey. I have a writing buddy, but she’s not always very helpful. I think I need to find a new one. I’ve let several people read what I have so far and they like it, which is good. Sometimes I reread it and think “Wow! Did I really just use that word?” And the answer is “Yes, I did.”

What a brilliant idea, Megan–both of you with the timer. May I join in sometime?

Why does the hero’s appearance come as no surprise???

Perhaps it is time to consider Mr. Sean Bean for a hero?

Two thumbs up for your hero, both his description and his dark soul. I, for one, am thrilled you are back to Regency Historical.

I’ve done a non-competitive half hour timer. My friend Catherine (who is working on a great comprehensive mind body soul health program)said you need a change every 30 minutes. But I didn’t stick to it.

Forgot to say I had a Writers Day at Mary Blayney’s house yesterday. We talked for ten hours and worked (or napped) for one.
Bliss.

I went to very romantic places, actually. My summer holidays were at the seaside in Ischia and from there we (hubby, younger son and I) visited Capri, Positano, Amalfi. The places were very romantic, my holidays less (in three!)Good luck with your new hero and novel, but if he looks like Clive Owen and, especially, Richard Armitage, you’ve got a good start!

Jane Austen, do you belong to any writing groups? Have you gotten peer critiques? I find them very helpful.

Janet, yes, do join sometime! We’ll have to figure out the logistics.

EKM, Sean is the model for another book I’ve got just the first three chapters for. I haven’t seen any of his films lately, so he hasn’t been at the forefront of my mind.

Diane, YAY for finishing! And thanks for the warm Regency-set wishes.

Thanks for stopping by, guys!

People will think I’m weird for not wanting the ladybird butt facing me while writing. Of course, I also like to write wearing a tiara or with a hoodie half over my face. Some people say real writers should have no gimmicks or tics or superstitions. I say, whatever makes the words come. 🙂 Liz

*I* don’t think you’re weird about the ladybug butt, Liz. Nor about the tiaras, or the cup of tea I find it essential to have by my side while writing.

I need to go tiara-shopping, actually. Does tiara mojo wear out after a year or so?

Megan, honey, tiara mojo NEVER wears out! But it CAN be transferred to a new tiara if you feel the need to get one.

I LOVE the little snippet you posted. Your hero sounds like my kind of guy. Can’t wait to read the rest.

You finished, O Divine One!! YAY !!!! Take a day to celebrate and then move on to the next one.

Liz, the only butt I want to look at if I am writing is Hugh Jackman’s, preferable NAKED! (His butt, not me!)

My CP and I get online and IM every day as we write. We have started setting a time and writing for 30 minutes at a time before we interrupt each other for plotting, word search or a research question. It is a great way to write IF you have a CP who is a real slave driver. Mine is!

Okay, am now craving a story about parallel writing universes and ladybug butts.Then again, maybe not, since that sounds kinda close to Naked Lunch, lol.

Hey, I wouldn’t want to look at ladybug butt while I write, either! 🙂

I do procrastinate, horribly. I read, or look at blogs, or watch some TB DVDs, etc. Deadlines work wonders for that, because I am petrified of busting one, but I’ve found self-set deadlines (when I’m trying to finish something just for me!) doesn’t work so well…

Oh, and maybe I need to find a writing buddy to keep me on track (sans insect backsides)

Writing date? What a great idea! And such a handsome guy you created on a writing date. Hmmm, I must try to organise one (I mean the writing date, not the man) for my mate and myself.