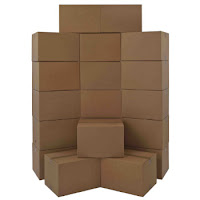 I found out this week that my house is filled with junk. Oh, it doesn’t look too bad–I’ve lived here about 6 years, and things have found niches and hidey-holes so it can at least appear a sane person lives here. Behind cupboard doors, it’s another story. I’m doing a major cleaning-out, and it’s not going too badly if you discount all the angst about giving away some books, and the tragic afternoon I found my prom dress and made the mistake of trying it on. (It has shrunk! That’s my excuse, anyway…)

I need Diane’s favorite show Clean Sweep to come and help me out.

So, it seems appropriate that tomorrow marks the anniversary of one of the biggest ‘clean sweeps’ in history, the Great Fire of London. It began around midnight on September 2, 1666 in the Pudding Lane bakeshop of Thomas Farynor (baker to King Charles II). The baker and his family escaped, but one panicked maid was not so lucky.

In the 16th century most London houses were made of wood and pitch, packed close together, and after a dry, hot summer it took no time at all for the fire to spread. It leaped to the hay piles in the yard of the Star Inn at Fish Street Hill and spread to the Inn itself. A strong wind was also blowing that night and spread the sparks to St. Margaret’s Church and Thames Street, with riverside warehouses and wharves just filled with food for the flames (hemp, oil, hay, timber, coal, and liquor). By the next morning the fire had spread halfway across London Bridge, and the only thing that stopped it from moving into jam-packed Southwark was the gap caused by a fire in 1633 and never rebuilt.

The standard firefighting procedure of the day was create “fire breaks” by destroying structures in its path. The Lord Mayor, though, was too worried about the cost of rebuilding the demolished houses, and by the time a royal command came down it was too late. The fire blazed on for another 3 days before halting near Temple Church. Then it sprang to life again, continuing toward Westminster itself. The Duke of York had the presence of mind to order the Paper House destroyed, and the fire finally died out.

Shockingly, the loss of life was fairly minimal (some sources say about 16, though recent studies have said the lower classes were not counted so it could be much higher), but the loss of property was immense. 430 acres, about 80% of the city, was destroyed, including some 13,000 houses, 89 churches (including St. Paul’s Cathedral), and 52 Guild Halls. One positive effect was the halting of the plague, which had ravaged London the year before, due to the destruction of the rat population.

Charles II quickly appointed 6 Commissioners to redesign the city, with plans providing for wider streets and buildings of brick. By 1671, 9000 houses and businesses were completed and Sir Christopher Wren set out to oversee construction of 50 churches (including the rebuilt St. Paul’s, with the dome we know today). Wren also designed a monument to the Fire, said to stand at the site of the bakery where it started.

So, does anyone have any advice for me about the most-organized way to clean out a house? Any criteria for keeping/getting rid of a book? Any interesting facts about the Fire???

18 Responses to Cleaning Out