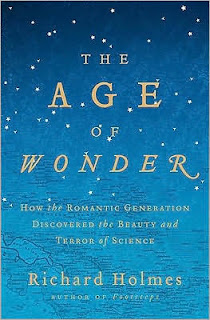 Mungo Park (not a place–he was named after a Scottish saint), was born this day in 1771, near Selkirk, Scotland, and was an early explorer of Africa, generally credited with being the first European to find the Niger River. He’s a fascinating character who deserves more than one post, but I was particularly pleased to find it was his birthday today as I’m currently reading a wonderful book by Richard Holmes, The Age of Wonder: How the Romantic Generation Discovered the Beauty and Terror of Science. It’s currently on sale at half price at bookdepository.com and you can read a far more coherent account than mine of the book at salon.com.

It seems like every couple of years I come across a nonfiction book that moves and inspires me and this is one of them. The last history book I raved about was Bury the Chains by Adam Hochschild (if you’ve ever had a conversation with me invariably I tell you to read it). Like Hochschild, Holmes has a vivid grasp of the age and his writing is beautiful. 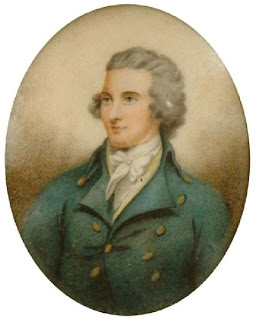 Now my problem is that I haven’t got to the Mungo Park chapter yet (I’ve been reading about William Herschel, the balloonists of the age, and another explorer, botanist Joseph Banks who visited Tahiti, but I skipped ahead and browsed around).

Parks was a Calvinist, born in humble circumstances, eventually becoming a doctor with a severe case of wanderlust. His first expedition was as Assistant Surgeon on a naval expedition to Sumatra.

He was recruited by Joseph Banks on behalf of the Africa Assocation which sponsored expeditions, and as relations became hostile between France and England, moved from scientific and commercial interests to political ones. Similarly, it was proposed, and feared, that the French might invade England with balloons (something I’m strongly tempted to include in the WIP, but resisting). So the Africa Association wanted to find the legendary city of Timbuctoo (where buildings were reputedly roofed with gold) and discover a trade route via the Niger before the Frogs got there.

Here’s an excerpt about one of Parks’ experiences in 1796 shortly after he’d caught his first sight of the Niger. He’d been approached by an African woman and was a bit nervous of what he might encounter, following an embarrassing episode where a group of Moorish women had examined him to see if Christians were circumcized. “I thought it best to treat the business jocularly.”

But the woman took him home to her family where they sat around him spinning cotton and singing him to sleep.

Park suddenly realized the song was extempore, and the subject was himself. He was amazed when he began to understand the words: ‘It was sung by one of the young women, the rest joining in a sort of chorus. The air wa sweet and plaintive, and the words literally translated, were these:–“The winds roared, and the rain fell. The poor white man, faint and weary, came and sat under our trees. He has no mother to bring him milk,; no wife to grind his corn. Chorus: Let us pity the poor white man, no mother has he…”‘

The women reversed all Park’s assumptions about his travel in Africa. He realised that it was he–the heroic white man–who was in reality the lonely, ignorant, pitiable, motherless and unloved outcast. It was he who came and sat under their tree, and drank at their river. He found it hard to sleep that night, and in the morning he gave the woman four brass buttons from his coat before he left, a genuinely precious gift.

When his Travels were published in Britain, this incident had a strong impact on its readers who included Georgiana Duchess of Devonshire. She rewrote the song and had it set to music by Italian composer Giorgio Ferrari. But you’ll see she also restored the current thinking, of the European “discovering” Africa.

Apologies for the lateness of this post and I hope you enjoyed the snippet about Mungo Park and the excerpt.

What have you read lately that’s inspired you?

That sounds like a great book, Janet! I am putting it on my library list asap. Right now I’m loving “A Strange, Eventful History,” a new bio of Ellen Terry and Henry Irving. It’s a fascinating look at late Victorian theater which is inspiring me to try a Victorian story 🙂

I just read the biography of Caroline Lamb by Susan Northington, which was a pretty sympathetic version, I must say. She was a mess but so were lots of the people who should have helped her–like her husband.

No inspiration from it, but I’m sure I’m filing away the information.

What’s next for me?
Mary Blayney’s Stranger’s Kiss!!! She’ll be our guest on Sunday.

Amanda, I would love for you to try a Victorian. I love Victorian times, but mostly the children’s literature that comes out of it.

Mungo Parks sounds very interesting. I might have to pick up this book.

Richard Holmes is a literary god to me.