First of all, this week is Banned Books Week! Everyone go and read a banned book–or any book at all, really. Reading is rebellion! Reading is, well, risky!

And so is writing. I finished an “Undone” short story and am on the downward slope toward The End of my second Laurel McKee book (due November 1–wish me luck!), and it seems that is hazardous to my health. My finger seems permanently bent, and my behind is glued to my desk chair (all the Halloween candy I eat as I write is not helping, either). But I’m very happy to take a time out today and celebrate the birthday of author Elizabeth Gaskell, who was born September 29, 1810. (I confess that, aside from reading her book Ruth a long time ago–and remembering nothing about it–I did not come to her books until I saw the TV versions of Cranford, North and South, and Wives and Daughters, but I’m glad I have found them now. And didn’t you know I would find a way to use a pic of Richard Armitage??) 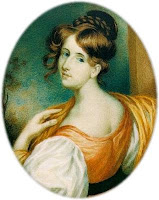 Gaskell was born Elizabeth Stevenson at 93 Cheyne Walk, Chelsea, which was then still on the outskirts of London, the 8th and last child of William Stevenson, a Unitarian minister, and his wife Elizabeth, who came from a prominent Midlands family well-connected with other well-to-do Unitarian families. Only Elizabeth and her eldest brother John survived infancy, and her mother died barely 3 months after her birth. Her father sent her to live with her mother’s sister, Hannah Lamb, in Cheshire, and she grew up with her aunt and grandparents. Their town, Knutsford, was later immortalized as Cranford (Her father remarried in 1814 and went on to have 2 more children, but she did not spend much time with them. Her brother John was a frequent visitor to Cheshire, though, and she was very fond of him. He went into the Merchant Navy with the East India Company, and was lost on a voyage to India in 1827). 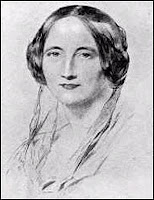 In 1832 she married William Gaskell, the minister at Cross Street Unitarian Chapel and a man of literary hobbies. They settled in Manchester, where the industrial setting (and the religious values she grew up with and lived with) offered much inspiration for her writing. They had 6 children, and eventually rented a villa in Plymouth Grove after the publication of Elizabeth’s first novel Mary Barton, and she lived in this house and wrote all her books there until her death 15 years later. The circles the Gaskells socialized with included literary figures, religious dissenters, and social reformers, including Charles Dickens, John Ruskin, Harriet Beecher Stowe, and Charlotte Bronte (who is known to have stayed in the villa at loeast 3 times; Gaskell later wrote her first biography). 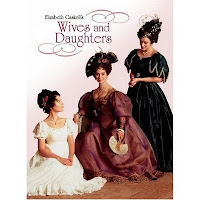 A few good sources on Gaskell’s life are:
Arthur Pollard, Mrs. Gaskell: Novelist and Biographer
Winifred Gerin, Elizabeth Gaskell
And the website of The Gaskell Society (lots of fun!)

Have you ever read any of Gaskell’s books (or seen the adaptations?) Which are your faves? And what are some of your favorite banned books???

Wow, Gaskell and Richard Armitage! Two of my greatest passions! I love reading and teaching Gaskell. I like her first achievement, MARY BARTON (1848) very much. It’s a great novel. It was not banned but boycotted by her “friends” enterpreneurs who financed the press in Manchester. It was a brave writing attacking the system of laissez-faire. Then I’ve read NORTH & SOUTH and RUTH. Cranford and Wives and Daughters are on my TBR list. Thanks for this post!
P.S. Searching video materials for my classes I “met” Mr Armitage! Thanks, Mrs Gaskell!

I love Wives and Daughters most out of Gaskell’s books, but I haven’t read all of them. I still need to read North and South. But I like Molly and don’t think that will change.

I love a lot of the Roald Dahl books and they are banned.

Amanda, you know better than to ask ME if I’ve read anything. But I’m intrigued by these books and must see if I can get them on my Kindle.

Diane, You can get Elizabeth Gaskell’s entire works on Kindle for $4.50. I did!

Hi Amanda, I have never yet read Mrs. Gaskell but I have seen the adaptations of Wives and Daughters, Cranford (Look for Cranford II in 2010 from Masterpiece Classic) and of course North and South which I understand is not quite as good as the miniseries with Mr. Armitage.

I think I need to find those ghost stories, too…

Am a Gaskell virgin.
Must fix that.

Diane, You can get Elizabeth Gaskell’s entire works on Kindle for $4.50. I did!

I LOVE Mrs. Gaskell, Amanda. Thanks so much for doing this post. Jenny Uglow’s huge biography has got to be a treat of her — it’s waiting on my shelves.

I very much liked MARY BARTON when I read it a million years ago, but I have to admit I don’t quite have the stomach for all that Manchester misery-of-the-working-class stuff these days.

NORTH AND SOUTH is actually a pretty inferior one — she wrote it to placate the Manchester powers-that-were, who felt she hadn’t told their side of the story. It’s got its moments (one gorgeous sexy passage) but really it’s not about a Richard Armitage-type hero — one does better to stick to Masterpiece Theater for that one.

But do read CRANFORD and WIVES AND DAUGHTERS — and then see the DVDs as well. They’re wise and wonderful on paper — I think of her as a forebear of Alice Munro. And they’re delicious on screen. Amazing acting — Michael Gambon breaks your heart in both of them. Clothes to die for. Meltingly sexy eye and hand contact in the dance scenes. And in WIVES AND DAUGHTERS (on screen and in book form), my all-time favorite literary bad girl, Cynthia Kirkpatrick.

I agree, Pam! Tried to read N&S after falling in love with the series, and found it tedious (now with your explanation I know why!). But then I tried W&D and really loved that one. She has really had good fortune with the adapatations of her work 🙂

I haven’t read any, but at least I can sigh in relief that I at least heard of something she did, North and South. Haven’t seen any version either (though I sure love that picture of Richard Armitage I see everywhere!) 🙂

Banned Books. . . one year, I visited an author’s site, and whether she had a list or linked to a list, don’t remember, but I looked at a list of banned books. And some of the reasons are so laughable, in an insane way. My favorite banned book – The Dictionary. I very much wish I can remember why that was on the list, but that was the most insane. I don’t believe in forbidding or banning any book, but at least you can understand the why behind some things. You don’t have to agree, but you can understand it. But the freaking dictionary???? Whatever school system or organization that was, they sure needed to get a life.

Oh, and hope you guys got my email yesterday to the yahoo email! 🙂

I want to thank you for posting a picture of Richard Armitage! I fell in love with him when I saw North and South! 🙂

I haven’t read any of Gaskell’s books, but it seems that I need to try Wives and Daughters based on the recommendations here.

I LOVE Wives & Daughters. It’s such a beautifully constructed book. I was almost put off Gaskell for life by having to read Cranford at school (chosen because it’s a short novel, I’m convinced) but I reread it recently and loved it.