Proud To Be A Series Sheep 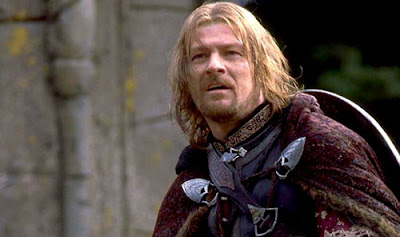 So, what hooks you?

Is it a dynamic family? A writing style? A multi-book mystery? What makes you stick with an author for the duration of a series? I’m thinking about it for a couple of reasons; first is that I gave my friend Kwana my copy of Tessa Dare‘s Goddess Of The Hunt, she read it, and twittered that she is hooked, and is going to have to get the second and third books of the series. Me, too, I chimed in. 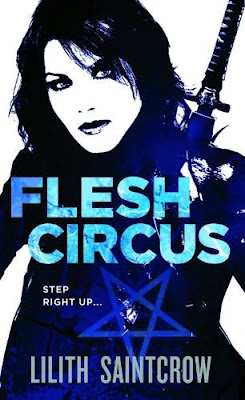 Next is that I am eagerly awaiting Lilith Saintcrow‘s next release in the Jill Kismet series, her fourth. Jill has a pretty smokin’ boyfriend, but it’s not romance, but urban fantasy (I think; I get so muddled up on genre). I followed Saintcrow through all of her Dante Valentine series, and have yet to take her off the autobuy list.

Last is that I am super excited for the HBO mini-series of George R.R. Martin‘s Game of Thrones, starring one of my fave dishes, Sean Bean. That series is a commitment, people! I’ve read two of the 900+ page books, with at least two more to go, and I know I’m going to make it. (Of course, I have visions of me lying on my deathbed with the last book in the series clutched in my dying hands, but that’s another story).

Many, many people read all the way through Julia Quinn‘s Bridgerton family; others (self included) read all of Mary Balogh‘s Slightly series; still others are getting through all gazillion books in Robert Jordan‘s Wheel Of Time fantasy series (I put my foot down on that one–over 11 books? No way. I WOULD be dead before finishing all of those). 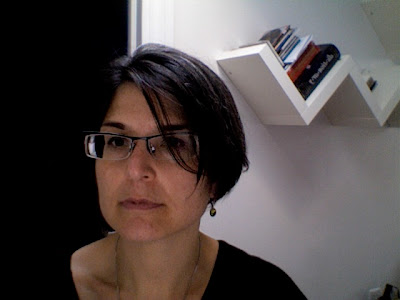 PS: I’ll be in Jersey, too this weekend, listening to Janet‘s lovely accent. If you’re there and you see me, say hi!

Boromir! I had to comment. 🙂 I’ve chosen not to read some series because I saw them as too long, but after reading all the Harry Potter books, I can no longer make that excuse. If they’re “too long,” it means it simply didn’t hold my attention. I’ve read LOTR several times, and I’m currently reading the Twilight series. I have Louise Allen’s Ravenhurst series in my TBR pile, as well as Nicole Jordan’s series, though I’m waiting for the last of the series that comes out next year before I start it. I tried Wheel of Time, but the disjointedness of it was frustrating, to me anyway. The Myth series also grew too long. The first book of the Incarnations of Immortality, about death, by Piers Anthony was fantastic, but I found the rest progressively less interesting.

So why do I like series? I prefer a series where each book can stand alone, though obviously I make exceptions. Mostly, I enjoy series because it gives me the opportunity to see “old friends” from the previous books, like the Perfect series from Anne Gracie, and Diane’s starting with Mysterious Miss M.

I love series. I prefer to sit down and read them all at once if I can, so I don’t loose the strength of the story line. I have Feehan’s Carpathians waiting for me. I’ve been working on Stephanie Lauren’s Cynster series and the new related Black Cobra series promise to be very good. Christina Dodd’s Darkness Chosen series and it’s sequel are good. I read all of Harry Potter and am now working on the Twilight series.

I had to give up the Wheel of Time series (Robert Jordan) as well. Right now, I’m looking for another to start. Of course I loved Harry Potter. 🙂

Finished Stephanie Laurens’s Bastion Club series with Mastered by Love and it was great.

I think it is the idea of revisiting old friends even as you meet new ones – the idea of sort of moving in with a family and seeing their lives unfold. You get attached and feel connected.

BUT, the writing HAS to be good. Each book has to keep me interested. I have stopped reading some series because I just wasn’t attached to the characters.

Probably the only sci fi I’ll ever get hooked on was Bujold’s Vorkosegan series. Loved it! And I listened to all of the Sharpe series on audiobooks until my library purchased a different brand, a horrible reader nothing like William Gaminara.

To be honest I have been rather let down by series lately. I fall in love with a character and then as the books keep going she keeps changing and not in ways I like. I’ve brought this up many times and Maisie Dobbs is one of those. So is The Little Lady Agency and Meg Cabot’s Queen of Babble. These examples are both chick lit and mystery. I also loved Shanna Swendson’s Enchanted, Inc series, but the fifth one will never be written because of sales, which sucks because I really want to know more about Owen. So basically I fall for a series in the first book and then it just gets all screwed up by the third or fourth. Right now series and I are on a hiatus. I don’t know if we’ll be getting back together. Series rarely think about me and are constantly thinking about themselves. Perhaps if I find a non-selfish series I’ll come back to them, but for right now I’m going for the one hit wonders and I’m quite happy being an old maid who is series free.

My name is Maya, and I am a Wheel of Time-holic. I discovered the series late and powered all the way through, only to hear that the author had very sadly passed on. I couldn’t believe it. The news that enough notes were made for another author to complete the last volume came as indescribable relief to me.

Here’s a method I’ve also used: Read Book 1, be very, very happy with it, and leave it at that. Did that with the Outlander series and have no intention of looking at any of the sequels. Really. REALLY. (oh, for heavens sake….)

I tend to avoid series, because some of them are let down in the second or third installment. I’m content with one hit wonder.