I’m filling in for Megan today so I’m afraid the cool factor will be missing from your Friday post. My apologies in advance.

Some of you may know that I am on Team Eric. But Megan is Team Bill. This picture is a good enough illustration of why that might be. Notice, please, that Bill, er, Stephen, is wearing the official New York uniform of black. 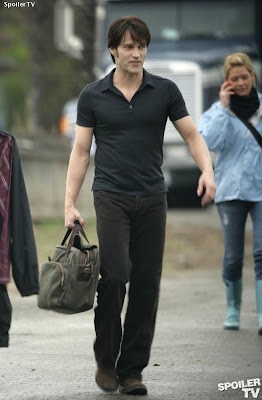 Here’s another example of Megan-esque cool. Let’s just call it the M-Factor: 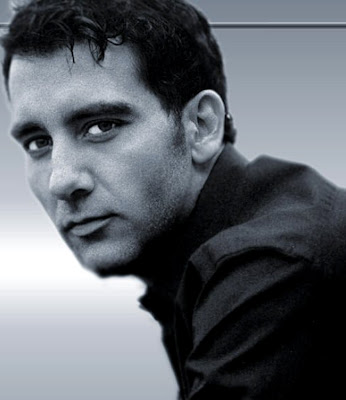 As an example of how Megan is cool and I am not, when I Googled for photos of Clive Owens, I typed in Clive Butler because I was confusing Clive with Gerard. Not a mistake Megan would ever have made. Because I don’t want you to make the same mistake, here’s this: 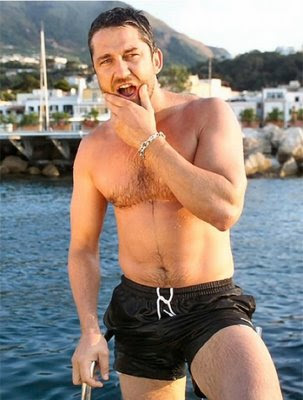 I think all three of these M-Factor men could play a Regency hero.

Gerard Butler as Rochester? (OK, so that’s not Regency. It’s because I’m not cool.)

How, where and when would you cast these men in a Regency Story? Feel free to chose a book.

Moyer as Aiden Bedwyn From Balogh’s Simply series? Or is he more Wulf? Maybe he’s Wulf.

I think Butler or Owens could play the lead of Chase’s Lord of Scoudrels.

Go on. Speculate wildly. Call on your inner Megan and cast these men in a Regency Romance.

Oh, I love the idea of Gerard as Rochester!

(And wouldn’t your One True Love, Alexander Skarsgard, make a great Wickham?)

Clive as Avon in Heyer’s These Old Shades.It would be fabulous to get him in heels. And Keira Knightly could be Leonie.

Okay. I’m fessing up. Before I even became a Gerard Butler fan, I came across a photo of him and used him as my model for Tanner in Innocence and Impropriety and The Vanishing Viscountess.

He pretty much is the hero in any romance novel I read now….

And I can SO see Gerard as Tanner, O Divine One. Perfect casting.

I think Javier Bardem would look awesome as Lord Dane, actually. The accent would def be an issue.

My One True Love would never play Wickham. He would, however, make a splendid pirate, but that’s a whole other post.

Doesn’t anybody want to cast Moyer? How about him as the duke of Jervaulx (sp?) in Kinsale’s Flowers from the Storm?

Sorry, Carolyn, Moyer just isn’t my time. And for Jervaulx I would pick Richard Armitage I think.

And for Dain in Lord Scoundrels I might go with Andres Velencoso.

Yay on Clive as Rochester!
And we have to get James McAvoy in here somewhere. He must redeem himself. Hmmm, how about as Bingley?
Or better yet, Henry Tilney!

All these men.. mmmmmm. So darcyesque..

I’d LOVE a remake of Jane Eyre with Gerard at the hero! That would be toooo wonderful. Hmm, perhaps if we start a petition?