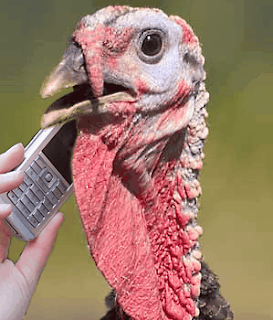 No, not an early post for Thanksgiving according to the Mayan calendar.

I finished, sort of, my book called … well, it doesn’t actually have a name yet but it’s about Jane Austen in Bath, vampires and a French invasion, with guest appearances by the Prince of Wales (later the Prince Regent), Beau Brummell, and Colonel Wellesley (later the Duke of Wellington). Guess which one is a vampire. Coming from HarperCollins in fall (?) 2010.

So on Monday night I left work early and went home with my head stuffed full of the last three thousand words or so and started to write.

First phone call: from a worthy organization I told to take my name off their call list.

Phone call #2: daughter wanted to borrow my pretty pie dish (she is the official Thanksgiving pie maker) and I told her it was cracked, probably not a good idea.

Phone call #3: the person who had kindly invited me to attend the local Jane Austen Society birthday event as her guest. This necessitated me making a call to find out what day a possibly conflicting event was on–I am such a social butterfly–and finding out that I could attend neither the Austen event or event #3 that I really wanted to go to.

Phone call #4: from a worthy organization who hung up before I answered.

Phone call #5: my daughter again, asking if it was ok to ask our hosts if she could bring the office Thanksgiving orphan (there’s always one) and I said yes, good idea.

Somehow, fielding more phone calls than I usually get in a week, I got to the point where I typed THE END. Yeehah.

Frantic editing and fact checking will follow and then straight into the next book. But I celebrated the end the next day by going to see the Pennsylvania Ballet’s Nutcracker at the Kennedy Center, a last minute invite from my daughter the pie baker. Lots of fun!

Janet, all I can say is (other than shouting “Yay!” for you finishing the ms!!!) if you made Wellington a vampire I might have a spasm!!!!

Janet, only you could come up with that combination and make it work. My vote’s on Brummel. Fangs – the perfect accessory!

Happy Thanksgiving to all!

Happy Thanksgiving everyone! My money is on Prinny to be the vampire!

have a wonderful Thanksgiving!

I’m thankful there’s more coming from the mind of Mullaney!

Sounds like you had a good day.
Am really curious about the Austen/vampire book. Will b keeping an eye out for it.

I hope it’s Brummell. I’ve had a soft spot for him ever since reading Heyer’s Regency Buck. Is he the immortal sort of vampire? Does he live on? Where is he now? How would he dress nowadays?

But I digress. Congrats on finishing the book!