I thought someone had already blogged about Boxing Day, did a search and discovered it was me! So this time, instead I’ll talk about Santa Claus/Father Christmas. Did you know they were not always synonymous?

I grew up with the classic Christmas specials and loved them, but wasn’t particularly drawn to Santa Claus as a chara 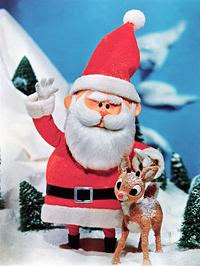 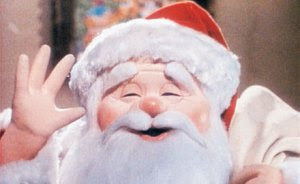 My favorite was and is the Grinch, in which Santa Claus never actually appears, but the Whos sing their song anyway. Many versions of Santa seem like buffoons that embody the commercialism of the season. I wasn’t offended by the fat, peevish Santa from the Night Before Christma 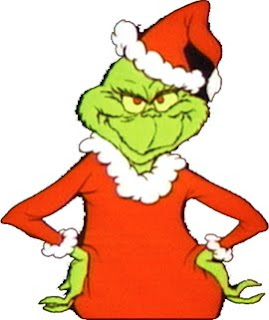 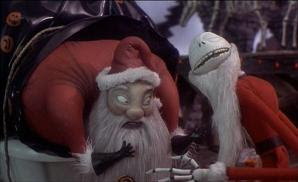 About the only modern version of Santa Claus I really like is the one in The Polar Express. 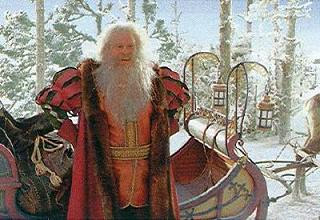 Now I know that as a child, I must have been a budding Anglophile. What I really wanted was the traditional Father Christmas. According to www.arthuriana.co.uk/xmas, Father Christmas had entirely separate origins than Saint Nicholas/Santa Claus. During the Regency, he would have been quite different from what we think of now. He was not associated with Santa Claus, nor did he bring gifts, until the late 19th century. He was more what I long for: a pagan spirit of the season, magical/natural, young/old, merry/solemn, Dumbledore in red—or even better, traditional green—robes. 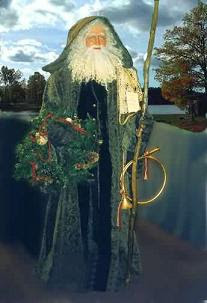 The Polar Express Santa comes close. Even better, I like Father Christmas the way he is depicted in the Narnia movies and traditional English folklore.

What versions of Santa Claus/Father Christmas, if any, do you enjoy? What are your favorite Christmas specials? Hope everyone is having a fun and peaceful holiday season!

Kris Kringle in the original Miracle on 34th Street has always been one that tugged at my heart. The three specials that help it feel like Christmas are Rudolph the Red Nose Reindeer, The Grinch Who Stole Christmas, and Polar Express. Merry Christmas!

As a kid, I liked a Santa who seemed warm and cuddly and wise… Though now that I think of it, I realize that I retain few if any fond Santa memories, either from real life or entertainment! And I agree about bufoonish Santas and the like — the Santa of my dreams would not allow the other reindeer to bully Rudolph, nor would he slight him himself. (Though that’s still one of my favorite holiday classics!)

Wow, Elena, you echo my sentiments exactly. Dickens’ Spirit of Christmas Present with his sumptuous robes, crown of holly and horn full of the Milk of Human Kindness has always done it for me.

Judy, I’m embarrassed to admit it, but I hadn’t seen Miracle on 34th Street until recently. I agree, he was a good Kris Kringle. Cara, I’m with you on the Rudolph Santa even though I do like that story–I’m always up for a good misfit hero. The spirit of Christmas Present is another good one–I’ve always liked our local theatre production of A Christmas Carol, in part because the guy who always plays that role is very big-hearted and genial, with a voice to match.

Elena, I’m with Judy. My favorite depiction is from the original movie of Miracle on 34th Street.

There has been a forensic reconstruction of the face of the real St. Nicholas. You can see it here
.

I am not fond of any of those old animated Santa Claus Christmas shows.

When I was little we had this book (and still have) called “Christmas in Many Lands.” It’s a pop-up…you must ordered it used now I believe and it is amazing. I always liked the Swedish version Santa Lucia who wore a wreath of lit candles. I also like the German version of St. Nicholas (December 6th St. Nicholas Day where you leave out your shoes and get candy if you’re good or a switch so your parents can beat you if you’re bad) and his friend Ruprechtknecht. We used to watch this German video about it where men dressed up as haystacks and went after women in this sort of cute yet strange proposal.

Just saw that Bright Star will be released on DVD January 26, 2010. Already ordered my copy.

As a child, I loved the idea of Santa Claus. When I became a parent, it was like believing all over again. It’s that belief in the magical goodness of the holiday I like to think about. Any Santa Claus that doesn’t do that, well, forget about it.

Thanks for the head’s up, Jane Austen! Going to order mine ASAP!

I have always loved the British version of Father Christmas as he brings back memories of our three Christmases in England. My brothers and I were reminiscing about them when we were at Mom’s Christmas Day. I need to try and find some Christmas crackers before next year because we remembered getting some from Father Christmas at the medieval Guild Hall every Christmas in Kelsale. I think we have some photos of him somewhere. I need to find them.

I love all versions of A Christmas Carol when it comes to Christmas films. Everything from the Muppets to Scrooged to Alistair Sim. I have them all and watch them all every Christmas. My other fave is A Christmas Story. There is something magical about Ralphie’s earnest quest and about the family dynamic in that film.