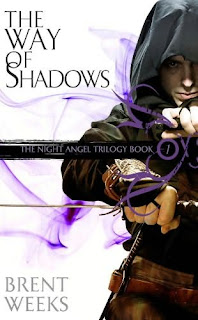 Yes, I am a week late with this. Mea culpa; too much celebrating on New Year’s Eve.

As I pondered my faves from last year, I realized that there weren’t very many Regency-set historicals on the list. I have been reading a lot more paranormal, urban fantasy, mystery and straight-up fantasy than historical lately. I think that’s because historicals move more slowly than those other books, and I’ve read so many of those in my lifetime that I am in the mood for something different, and faster-paced. 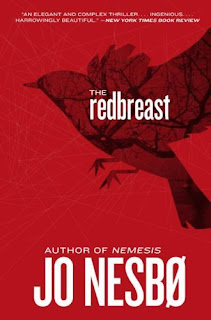 Thanks to the avidbookreader, I was introduced to mystery authors Ken Bruen and Jo Nesbo. Bruen writes Irish noir–his Jack Taylor series features a frequently unlikeable private detective (of sorts) who battles many issues and solves some crimes along the way. Nesbo’s Harry Hole series is about a recovering alcoholic who serves on the police force. Both of the series’ books solve a crime particular to the book as well as continue a much larger story arc that will presumably get solved at the end of the series. 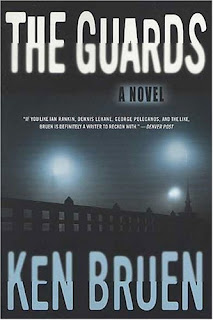 Thanks to Carolyn (yay for word-of-mouth recommendations), I started reading Brent Weeks‘ Shadow trilogy. Whoa. These books are so incredibly written and plotted it’s amazing. There are twists and turns you wouldn’t normally expect in this kind of densely-plotted world-building series. I am saving the last book in the trilogy for when I really need it, and am psyched to read his new series, coming out in 2010.

In historical, I continue to devour Elizabeth Hoyt‘s books, although I haven’t caught up to her latest release yet (I have it in the TBR pile). I like how she makes her characters so immediate and real without anachronism. 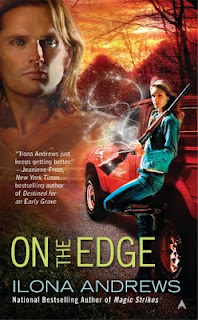 I read the first of Ilona Andrews‘ Edge series, which is urban fantasy that’s set in a rural setting. Rural fantasy? Anyway, this has got it all: Drama, humor, magic, a totally foxy hero, a kick-ass but humble heroine and real-life problems. I also continued reading her Magic series, and there are more of those coming in 2010 also. 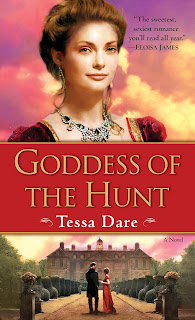 This year, I read Tessa Dare‘s Goddess of the Hunt, which was deliciously satisfying; the story is intriguing, but it’s the characters and the zesty writing that really tickled my fancy.

I read the first in Jim Butcher’s Calderon series, which is up to about six installments thus far. I can’t wait until my son is old enough to read this, too, it’s got all kinds of swashbuckling adventure and in-depth characters who have passion.

Patricia Briggs‘ Mercy Thompson series had its best installment thus far, at least in my opinion, with Bone Crossed. Mercy is becoming a richer, more layered character with each successive book.

(As I think about it, I realize I have many historicals on the TBR pile. Whew. For a minute I was worried I was losing my passion, but no, I’m just delving into new genres).

Thanks, as always, to people who mention how much they love certain books; I’m finding, more and more, that word-of-mouth is how I discover things, and it means so much more when it comes from someone you trust.

Hope your 2010 reading is awesome! If you care to share, what are you looking forward to most this year?

What a good list. Thanks to you now I have so much to add to my pile.

I think it is good to explore other genres. Kind of like filling up the well with more variety. Although….like exercise and eating right, I admire it more than do it myself!

Megan, it’s so true. I find that I’m reading more and more based on recs from people whose taste I trust. As a result, most of my reading in 2009 was a hit, instead of hit-n-miss of previous years.

Oh my,another Bruen and Nesbo fan, FTW! Glad those guys worked out for you. Let’s see what 2010 offers up next eh? –Keishon