Zip Up Your Coat, Lady Britney! 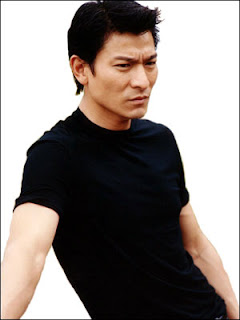 Any moderately well-read Regency reader can spot an anachronism from pages away: A woman who refers to her gown as having an Empire waist, zippers, chocolate, calling people of other nationalities by politically-correct names. Sure, and some of us authors (ahem!) have fallen down on the job of getting titles right, etc.

But what about the more subtle nuances? Or things that seem anachronistic, but aren’t?

For example, this week I watched a Chinese romantic comedy called Needing You. It stars my new favorite, Andy Lau, and the adorably cute Sammi Cheng. They work in the same office, and Lau is Cheng’s boss. The movie was made in 2000, so I was stunned when Lau commented to one of the other women in the office that her outfit would look a lot better if it was lower to show her boobs and the slit in her skirt were higher. Whoa, he said that?!? That would never pass muster in an American-made film, unless later he were forced to wear the outfit in question and go through a cat-call gauntlet. Not to mention it’s illegal in American workplaces to mention anything about appearance (right? I don’t work in a workplace, so I can compliment myself as much as I want, since I’m the only one here). 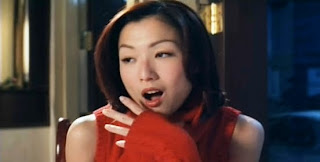 There were a few other instances of double standards in the workplace in the film, and it was hard for an American woman such as myself to take them in stride. But that reality is their reality, not mine, and if it’s something that rings true to them, so be it. I’m the outsider who has to deal with it.

Another film I saw this week was Inglourious Basterds, where a spy was found out because he made a gesture no German would do. It wasn’t even anything he thought about because it was so subtle, but it was a beacon for the gestapo guy sitting across from him. Societal norms are so strong within each of us that we don’t even think about the way we eat, or hold a pen, or make our “7”s, or wear our jeans–but you can always spot someone who’s not from around your parts by any of those tiny tells.

Then there’s language. Some of our ‘dirtiest’ language has been around for centuries, even though it might seem like a modern invention. So sometimes when it’s used in our books it’s not just for the shock value, but because that’s how they spoke. And, yes, certain sexual acts have been around forever, too, even though once I heard (laughably) an author say indignantly that Regency people didn’t do that. In a pig’s eye, I say; as long as men have had those, and we’ve had all this, all those acts have been done. Just saying.

Of course, that’s not to say Regency authors should worry less about historical and social accuracy, but just to say that there were doubtless exceptions for every accepted fact in our history. Things couldn’t exist that hadn’t been invented, but it is important to remember every Society has its own quirks, even societies existing within the same time period such as my Chinese film above; it’s kinda fun to think about, actually, and makes reading and writing the books even more fun.

What’s the most egregious error you’ve ever spotted? What have you thought was an anachronism that wasn’t? Which anachronisms bother you the most?

I went to see the play Jane Eyre and was surprised when Rochester said “I love every atom that makes up your body.” While atoms had been discovered at the time I thought that the idea of atoms making up bodies hadn’t been formed and I’m still not sure if this is right or wrong. I have heard and read arguments that support both sides.

One of the biggest mistakes I’ve read was a Regency era book where the female lead said something about “Let me go get his photograph.” Um…..no, you really can’t until 1888 and George Eastman.

As a side note something that I thought was quite cute even if a little off was a Regency book making fun of Regency books. It was clever and very tongue in cheek (Jude Morgan of course).

Well, of course, there is the famous Traditional Regency (maybe the same one JA mentions) where the villain will be caught because of secret photographs in a dark gaming hell. That one also had a nun who could just walk out of her convent to pursue the heroine, for some reason. I sorta wished I’d saved that book…it was classic!

I encountered another book by a better known author, name now forgotten, who also used a nun, who could somehow meet the hero, an unmarried man, in a restaurant (this was Regency era or slightly after, I think). There was also a Baskin and Robbins style ice cream parlor in that one, I think.

I have tried to verify whether there were convents with nuns in the UK in the Regency era, whether they be Roman Catholic or Church of England. I did find some verification of a resurgence of monastic life in the Church of E, but it seemed to be among young men. No matter, I doubt a nun could just walk out alone whenever she pleased, especially to meet a man.

I also remember reading once about an early nineteenth century hero who needed a brain operation in America. NO WAY! I thought, only to check and see that there was a doctor at Johns Hopkins doing brain operations at the time.

ANOTHER pet peeve is how authors sometimes slip into a modern sense of time, like, to sail to Africa or India or someplace. When characters hop on ships like we would hop on airplanes, without much preparation, even though they likely would be gone for months and months.

For me it was reading the hero think of the heroine as sexy… in a book set somewhere in the twelfth or thirteenth century.

I may be wrong, but I don’t think the word existed yet, and definitely not in that context.

Speaking of coats….did anyone else LOVE Emma’s red coat? I know there was a lot of talk about the turkey red dress with the green sash, but I adored her red coat that had a military vibe.

Diane, I’m not sure about the nuns. I know that Catholicism wasn’t actually legal in the UK until 1837 or 1838. So I’m not sure if there would have been nuns during that time.

I also don’t think there were nuns at the time. It reminds me of the book in which the h/h stop at a random small town and find the local Catholic orphanage to adopt a child. I don’t think they had those all over the place either.

One error that bugged me was characters traveling in a coach from London to the far reaches of Cornwall in a few hours. Such things are fairly easy to check. When we made that trip in a car, about 15 years ago, it took longer than that!

But sometimes something that seems anachronistic can be made to work. In Mary Jo Putney’s SHATTERED RAINBOWS the hero gets a blood transfusion from the heroine. It was described as a new, risky and experimental procedure. The details added realism. There was also an Author’s Note giving the early history of blood transfusions and yes, it was attempted during the Regency.

I particularly notice clothing errors–anachronistic underwear, gowns that have a row of tiny buttons down the back, and so on. And I’m bothere by the vast workforce of Victorian maidservants with lace caps and black dresses, on duty to open the front doors of Regency Romancelandia.

Megan I do love the fact that a heroine could mention that she longs to shag the well-hung hero and her language would be absolutely historically correct!