(Warning: this is going to be a post that depends a lot on you, because I am interested to see what everyone thinks!) Often when I’m wasting my time, er, doing valuable research online I love to read blogs about fashion, beauty products, opera and ballet, jazz, all sorts of things, and I especially love blogs about movies. (Even though this means my Netflix account is totally out of control because of it). One of my favorite movie blogs is the Self Styled Siren, a wonderfully witty and intelligent look at classic movies. She recently had a fascinating post called “Unearthing the Uncool”.

This post started with a statement the Siren made on Facebook: “It is much easier to proclaim dislike for a popular movie than to admit liking an uncool movie,” which sparked a fascinating stream of comments and proclamations of love for movies and actors that are generally deemed “uncool.” (For instance, the Siren defends the 1940 Pride and Prejudice, stuff like Alexander’s Ragtime Band, Stewart Granger, and, gasp!, even Kevin Costner). I myself have a deep and abiding love for movie musicals, like The Sound of Music, Brigadoon, and Camelot, that others often hoot at derisively. (you know who you are, haters!). I know this is also true in literary fiction, and that in mysteries some sub-genres are looked at as “cooler” than others, so I started to wonder if this could apply to romance novels. We definitely don’t seem to have that “cool”/”uncool” divide that movies do, though I suppose there are genres or authors that have a cooler reputation than others. Is it “cool” to admit to liking old-skool stuff like Whitney My Love? (I think I just came to reading historicals too late, when tastes had changed, to get into them. I had very different romantic fantasies). Is it “uncool” to admit we can’t really get into, say, urban fantasy, which seems very cool (as I mostly can’t, much as I want to!)? 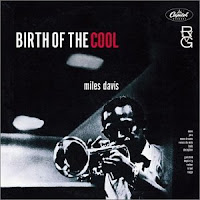 Traditional Regencies certainly used to be “uncool,” considered by some to be dry books for stereotypical grannies (I had someone tell me once I couldn’t possibly write them, I looked too young! Which was flattering, of course, but kinda made me want to get all lecture-y on them about the intelligence and variety of trads. Ditto for a friend of my mine who ONE TIME read a Regency, didn’t like it–even though she couldn’t remember the title–and decided they were all like that one). But now that they’re obscure and out-of-print and all that, maybe they’re like some little indie band out of Austin. And on some book blogs there are often threads like “books you like that no one else has read” or “books everyone liked that you hated,” which I guess can be sort of like cool/uncool. Mostly, though, romance genres seem to be pretty much anything goes. If I don’t like something, someone else will, and vice versa, and I like it that way. The variety is what makes it fun.

So I am sending it to you! Do you think there is that “coolness” factor in romance fiction? If so, what would it be? And what movies do you love that others make fun of?

(p.s. I have not seen that movie The Enchanted Cottage, but I totally want to! I mean, look at that poster. People were whispering about them! The whole town!)

I think that the ‘coolness’ factor has to do with what’s hot. For awhile historicals were not cool, now they are back again. And then vampires weren’t cool, now you can’t get away from vampires or werewolves. I think that traditional regencies are still not cool, even though they keep getting reissued. I loved the traditional regencies, and bought the Signet ones by the truckload. It’s how I discovered Mary Balogh and Andrea Pickens and you! Oh, and I have seen the Enchanted Cottage and the spoof that Carol Burnett did.

One of my favorite movies is Thoroughly Modern Millie and it wasn’t very popular until the Broadway show came out and I must admit the Broadway show did not compare to the film. The film was better. So I understand people finding musical uncool.

I’m not up for the romances that take place today where there’s a wealthy millionaire and a secret baby with a waitress or something. I get the fantasy part of wanting a rich hot hubby/hero, but I want substance in a male hero and I don’t think money and good looks equals substance.

I used to not admit to reading romances, but am okay with it now. And if people make fun of me I spout out some words I learned in historical romances like lepidoptery and people start to come around to the fact that it’s not just a bodice ripper. I’ve always read books that were uncool. I rarely read popular books because they lack substance….not all, but some.

I adored ‘The Enchanted Cottage’. I even have a video of it somewhere. And ‘Grease 2’ was waaay better than ‘Grease’. The message of ‘Grease’ was ‘to succeed, you have to descend to the lowest common denominator’ – not a good message for young people, especially girls. The message of ‘Grease 2’ was ‘you can succeed on your own terms’ – much better! Cool/not cool books, oddly enough, I have more problems thinking about – I’ll get bacl to you on that!

I would guess that in the world at large–and maybe in the Romance community at large–it is “not cool” to love to read (or write) series/category Romance (aka Harlequin and Silhouette). Probably these are just a cut above (shudder)Traditional Regency. But these are the books whose sales INCREASED when all the other publisher sales decreased. Harlequin was finally being written about in tones of awe.

I always sign up to read series books for the RITA contest, and one of my critique partners (Darlene Gardner, who is still stuck in Florida)writes for Superromance, so I keep a little current on these books.
I can readily see the appeal. The reader knows the sort of story she will get–Love those Billionaire/Alpha male-secret baby stories? Read Presents!–love a sweet (non-explicit) romance? Read Harequin Romance–
I’m actually very impressed by how the authors can twist a familiar theme, create a unique story, a satisfying story, and do it in a short format. These are quick-read books, perfect for the reader who wants to get the whole romantic experience without having to wait through a book as long as, say, a Diana Gabaldon.

We each have our favorite fantasies and the Romance genre delivers something for nearly everyone. I enjoy Historicals the most, Regency historicals preferably and I, too, miss Traditional Regencies (although I thought they were getting stale or straying too far from the kind I liked until right before the demise of the trads)

I remember reading a NYT best-selling contemporary author who was the Romance darling of the day. I absolutely hated her book for many reasons, the writing, the easy jokes, the predictable surprise, the stupid secondary romance. Well, that book won the RITA that year, so clearly other people loved it.

It is all so subjective….

“I think that the ‘coolness’ factor has to do with what’s hot.”

LOL–this is probably true for books, while on the movie blogs it’s exactly opposite. Whatever is “popular” is derided (aka, an “Avatar” backlash, or someone saying they only watch movies from Romania now…). I don’t see that so much in romance fiction

(BTW, I must admit I have never been cool about anything in my life! I have always been a major, bookworm geek…)

Amanda! You are one of the most stylish people I know with a personal style all your own. I think that is cool!

(not to mention that you are a successful romance novelist with two names!)

Aww, this is why a blog is a good idea! Good friends are here when I’m down on myself. That’s why I love the Riskies. 🙂 (but considering my musical tastes are stuck 200 years ago, among other things, I still don’t think I can claim to be cool…)

This is a nifty post, Amanda; yes, certain things in romance fiction are definitely cool, or not; serious vampires and werewolves books are not so cool anymore, whereas wry books writing about the paranormal definitely are.

I love the ’40s P&P, Amanda Quick, dark lipstick, Doc Marten Mary Janes, grunge, stainless steel, Blue Velvet, black as a permanent fashion statement; I can’t think of any old romance fiction I love, but that’s because I wasn’t reading it back then. I still like some chick-lit, which is WAY out of fashion.

I do like urban fantasy, but I think that’s because a) I live in a city and b) like fantasy.

My idea of “cool” is trendy and I’m just not trendy. Like Amanda, my taste in music is a couple of hundred years old and usually orchestral or instrumental. And don’t get me started on opera which I think is one of the great story-telling forms in the history of the world.

I’ve read traditional Regencies since I was a kid and I still read them. There is something to be said for a writer who can convey a wonderful romance with only endearing charm and emotional introspection.

There are so many vampire/paranormal books out there and I have discovered that I tend not to like the ones everyone else seems to think are the best ever. Read all of the Twilight series and … well, I read them. Leave it at that. If you want to hook me, take that old story and give me a twist that makes me think, keeps me hanging or tears my heart out. Few paranormal writers do that these days.

And OMG The Enchanted Cottage is just one of the sweetest films ever. Love it!

When it comes to movies if the critics hate it, I will very probably love it. I want a movie to entertain me. Period!

I was going to say “cool” post but restrained myself–maybe it’s “nifty” as Megan said!

Anyway, it’s an interesting topic. Ammanda, I think that within the RWA community I’ve noticed that association of what is popular with being cool. But outside that community, books that are popular are often dissed. A lot of people diss Harry Potter, and so vehemently that it seems out of proportion (haters). OTOH teenage girls get picked on by their peers if they don’t show a proper appreciation for Twilight. Sad.

Whether people try to be “cool” by conforming or by being “rebels”, they’re really allowing others to control their tastes. I’d rather be free to enjoy (nor not).

I was not cool in high school but I found some “coolness” as an adult. I reap the awards of giving away books and promos to military spuoses. But the “coolness” lies with the authors. Military spouses are:

(3) fascinated that authors took the leap of faith to pursue their dream and write the stories in their heads.

The Riskies are “cool” because you write fun stories about a time that still promotes honor and chivalry (something that appeals to the heart of military spouses). But the uber cool is Janet Mullany – love her accent, humor, and go get ’em attitude.

My favorite “cool vs. uncool” movie is a Disney teen flick, Can’t Buy Me Love, with a young Patrick Dempsey. It reminds me of the peer pressure in high school. the movie delivers a satisfying ending of love conquers all.