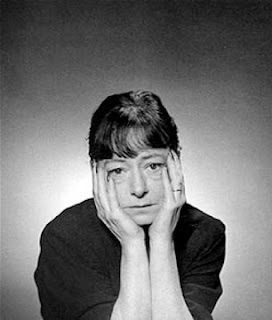 Not to mention doing the other things I do, such as taking care of my son, my husband, the house, my addiction to Scramble, the odd financial detail and therapy. What–you thought my neuroses were organic? Heck, no, they’re carefully cultivated!

Anyway, in therapy, we’ve been discussing low frustration tolerance, the tendency for someone to seek “immediate pleasure or avoidance of pain at the cost of long-term stress and defeatism.” Apparently, I have it, because I try to fix things as soon as they are uncomfortable for me.

While I try to sit with the uncomfortable feelings for longer than I have been able to in the past, I’ve also been thinking about LFT in terms of my writing; specifically, my need to make everything better for my characters. Which, oddly enough, results in pretty boring plots. I mean, who wants to hear about someone who has a hiccup in their life that’s solved easily in the next chapter?

My answer to that would be: “No one.”

So while I’m adjusting my LFT in real life, I’m also examining my plot to make sure I sustain uncomfortable moments for longer so the resolution is ultimately more satisfying. To that end, in my current WIP, I am going to kill off a beloved character (well, beloved by me, at least) because it serves the story better, even though it makes me sad.

How’s your FT? What books have you read where the uncomfortable feeling has been well-sustained? At what point in the books you read or write do you like to resolve things?

Let me step forward and say that I, too, am addicted to Scramble. I’m terrible at it, but I keep playing and playing. . .

It is difficult to be so mean to one’s characters, especially when you end up killing one off. But it must be done from time to time. And remember, in Romance, just about everything works out fine in the end.

That was my problem in my first novel. I REALLY liked my characters and it was so hard to let them suffer through the entire novel without making it all better. Now I try to have at least three things hanging over their heads that could make the whole thing go KAFLOOEY ! (yes, that is a technical writing term) Add to that the basic “run them up a tree and then throw rocks at them” theory and it is still work to let things ride until they get unbearable, but it DOES make for a good read. Or at least I hope so!

I think LFT is pretty common….and making things good again right away is not the worst trait in the world, although it must be very hard on you sometimes.

I don’t mind making things difficult for my hero and heroine. The challenge in to think up unique, non-cliched things to happen to them. That’s the hard part for me.

Carolyn, I play Scramble on iPhone. I will not be falsely modest, and will say, I am usually within the top 10. Sometimes even the top 3.

I was just reading something interesting about Olympic athletes when they were very young which (kinda sorta) has to do with the same thing–one of the advantages of youthful sports is learning how to work in a sustained way toward a goal when so much in our world is about immediate gratification, even when it’s tough or frustrating. The same can be said about writing, or ballet, or anything that is impossible to achieve in a few minutes. There are certainly times I forget that this is meant to be a long-term thing when I’m feeling sooooo frustrated…

I love a bit moral ambiguity and a few loose ends in my reading/writing.

LFT. Never heard of it until now! It sounds like a complex form of denial–putting on a bandaid now and facing an amputation later. And it sounds like a great literary device, one your characters could certainly use. The reader would have the pleasure of squirming in her seat knowing the worst will happen after the character’s quick fix.