“A keen sense of the era and delightful characters that keep readers coming back for more!” –RT Book Reviews on An Accidental Countess 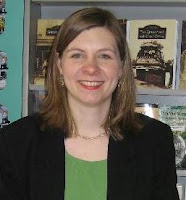 The Riskies are happy to welcome back Michelle Willingham, to talk to us about her new direction–into the Victorian era! We’ll have three winners this weekend, as Michelle is giving away copies of The Accidental Countess, The Accidental Princess, and a free download of her Undone story An Accidental Seduction!

Riskies: Welcome back, Michelle! You have your Victorian hat on this time. Tell us about your new series…

Michelle: Every author has a “book of her heart,” and for me that was The Accidental Countess! I kept beating down publisher’s doors, trying to sell my first Irish medieval, and in the meantime I wrote a more traditional setting of Victorian England. So The Accidental Countess was technically the second book I ever wrote. I kept trying to sell it, but the heroine was a little too “snarky” for many folks. She was a joy to write, and how often do you get a heroine who considers poisoning the hero on the first page because he forgot he was married to her? I had far too much fun. I wrote it for myself and didn’t worry about the rules. I simply wanted to be entertained. I didn’t have a clue who the villain was until the last chapter, and I think that made the suspense plot believable. It took me selling another 4 books before I offered Countess to Harlequin, and even then my editor wanted to hold off on the release date. She asked me to write a connecting book which became The Accidental Princess. I knew the heroine of Countess had a sister, but she was off at finishing school and I didn’t know much about her. I decided to do a secret royalty story, along the lines of a Gothic romance. I wanted a true fairy tale with a possible prince and a woman who was trapped in the rigid life of a Victorian lady. Since neither heroine ever dreamed she would become a Princess or a Countess, that’s how the “Accidental” part was born!

Last, my editor wanted me to write a connected novella for the Harlequin Historical Undone line. I ended up writing a prequel, telling how the hero and heroine in Countess actually got married, and that was the story of An Accidental Seduction. The novella has its own happy ending, but then Countess starts about 3 months later, and their marriage is tested to the limit…

Riskies: What was the inspiration for these books?

Michelle: The Accidental Countess reminds me a bit of The Bourne Identity with a hero who doesn’t know what happened during 3 months of his life. Unfortunately, he happened to elope during that period, and he remembers nothing about his wife! The story is about falling in love all over again. The Accidental Princess was inspired by all the Victoria Holt fairytale romances I read as a teenager, and it’s a Cinderella reversal where the hero is a common soldier who may or may not be a prince. I was able to incorporate elements of Titanic with the developing romance continuing on board a steam ship bound for Germany. I loved researching the interiors of Victorian steam ships, and they were incredibly luxurious with chandeliers, ballrooms, and promenade decks.

Riskies: I love the recipes on your website! (especially the yummy-sounding sugar gingerbread). How does that fit into the story? 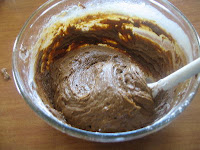 Michelle: The heroine of Countess is a Cinderella figure whose family suffered through poverty, and she had to cook for the family in order to survive. In the book, I wanted to include some of Emily’s recipes, so I consulted some historical cookbooks, made some of my own changes, and tested some of the recipes. It was fun, and I ended up finding a favorite gingerbread recipe for Christmas as a result! Technically the title is “Molasses Cookies” but there’s a tablespoon of ginger in the recipe, so that makes it a perfect gingerbread cookie dough. The recipes are here on my website!

Riskies: What other research did you have to do? Was it a challenge to change gears from the Medieval era to the Victorian?

Michelle: The etiquette and clothing of Victorian England are completely different from Medieval times! Also, I found the pacing of the romance was very different–more subtle, but it could definitely be scandalous in its own way! Out of all the research I really enjoyed learning about steam ships the most (used in The Accidental Princess). I visited the Mariner’s Museum in Newport News, Virginia and asked for primary source photographs of ships from 1855. I used The Great Eastern ship as a model for my boat. Although my ship was only traveling from London to Bremerhaven, in my mind it could also make transatlantic voyages. Okay, so there was a little creative license there, but I wanted the more luxurious interiors!

Riskies: These covers are gorgeous! Do they reflect the stories?

Michelle: It’s a good thing I have nothing to do with covers because otherwise there would be stick people on the front! Princess is probably my favorite of the 3, because the heroine truly is a strong woman. I love the expression on her face, as though she’s already behaving like a princess. Countess had a bit of controversy surrounding the cover. Originally, the woman was lifting her skirt and baring her stocking. The art department ended up nixing the scandalous leg, and I’m glad. I like the gorgeous dresses! Overall, I would say they’re a good representation of the stories.

Riskies: What’s next for you?

Michelle: In September this year, my last book in the MacEgan Brothers miniseries will be published. Surrender to the Irish Warrior tells the story of Trahern MacEgan, and it was the most challenging book I’ve ever written. The heroine is the survivor of a brutal tragedy, and the two of them have to heal their broken lives and find love in each other. It took a lot of emotional energy out of me, but in the end I think it came out well.

Thanks so much for letting me visit again! I’d like to offer 3 prizes today–a free download of An Accidental Seduction, and signed copies of The Accidental Princess and The Accidental Countess. For a chance to win, just post a comment or a question and tell me what’s your favorite fairytale?

39 Responses to The Riskies Welcome Back Michelle Willingham!