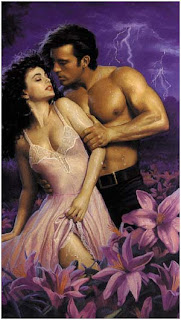 Yesterday, I got word that I got a job writing back cover copy for–yes–romance novels! How awesomely cool is that?

And then I felt mildly okay about myself that I was such a punster, because that kind of wordplay will come in handy when writing those big font lines that entice the reader.

Lord McCrazypants has been shut in his castle alone for nearly ten years. Distraught after the death of his beloved pet snake–a rarity in his native Ireland–Feargal slithers around his castle, looking menacing, fiercely handsome and muscular, despite not doing anything but the aforementioned slithering. And then he discovers his inner snake . . .

Miss Uprightly British detests Ireland. The only good thing? No snakes. So when Miss Brit gets accidentally sent to a castle inhabited by an insane lord with a passion for the no-footed reptiles, Miss Brit hisses. But when she finds the lord is handsome and muscular and has a way of making her blood run cold, she knows he will slither his way into her heart. And she will shed her prissy skin.

Heh. I have, unfortunately for him, passed on my love of puns and wordsmithery to my son; he’s ten, and his class did a long study of the War Between the States. His essay on it was titled “This War Is Anything But Civil.” My poor husband just sighed, remembering how I’d told him I’d written a paper on Hamlet titled “Hamlet: A Not So Great Dane.”

So anyway, not much else to add; I’ve been writing every day, adding a new freelance job to the already busy mix (see above), and enjoying Spring. More on the new job, the writing and all that kind of stuff in future Fridays. Meanwhile, wanna take a stab at writing some back cover copy yourself?

I wrote a paper once about how gruesome the Grimm Fairy Tales actually were called “Fairy Tales Can Be Grimm”….thank you Brothers Grimm for making that possible.

I’ll have to think about cover copy…do you have to read the books or do they just give you a synopsis?

I dunno yet how it’ll work–it’s that new! And, of course, I love your gruesome fairy tales paper.

Congrats on the new job. Very good
news. Back covers have a large readership.

You got me thinking, are there any eels in Ireland?

That’s very puny!! Thanks for the laugh this morning! I’m afraid I’m not nearly clever enough for such witty writing. But I’m terribly glad you shared your gift.

Hah! No so great dane!!! Your son’s teachers will be delighted to have him in their classes.

Congrats on the cover copy job. I see signs of brilliance already.

Major congratulations on the daily writing and the new job!!!

My mother gifted her three daughters with the curse of the unconscious pun. Those around us will be groaning and we say, “What?”

Brilliant, Megan – the cover copy and the new job !! What fun!

And your gift of wit to your son will come in handy for him !

Wow. What a cool job, Megan. Although I don’t think I could do it…I can’t wait to hear more!

I don’t think I wrote any papers using puns but my then-fiance-now-husband and I once spent an hour on the phone talking sewing puns.
If you get my thread….
(we were in stitches by the end)

Congratulations, Megan!! Great back cover copy is so crucial. You know, you should write the book to go with your snaky cover copy. Very unique hero. 😉

It would seam so, wouldn’t it….

Diane, you are too modest! You are clearly awesome at the punning…
And I have to find out about Irish eels now, don’t I?

I do hope you get one of my books to blurb–I know you’ll make it sound great, whether they let you use puns or not :))

Romance back covers are doomed. I’m sure that authors are now shaking in their slippers. We the readers will have fun. How cool that your son is following in your footsteps.