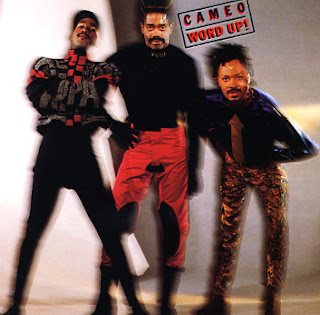 Last week, when I had every reason to be delayed in posting (red-eye flight), I was here bright and early.

Today? Not so much.

I’ve been trying to get back into the swing of things, the swing of things including writing on my WIP every day. And, I realized yesterday when I was reviewing it, I start no fewer than four chapters with a sentence containing the word ‘fuck.’ In fact, sometimes the sentence is just the word ‘fuck.’ Like this: “Fuck.” I went through the document, and I use it at least 53 times.

I am not writing a historical.

Since I had my son, I don’t swear hardly at all; I do say ‘shoot’ and ‘darn’ a lot, but not much beyond that (ask my son, however, what I yell about in the car, can he’ll tell you everyone else on the road is a Big Jerk). But in my writing, in this case a contemporary, I do swear. It’s of the time, it suits the character(s), even though I don’t say it much myself anymore. Oddly enough, I don’t say or write ‘shit’ nearly as much, mostly because I’m not a big fan of the scatalogical.

Of course, when we write historical, we can fall into the making-it-authentic trap by making it sound too dated, as though we were channeling Jane Austen, only not the spirit of her (for the time) contemporary voice. Reading Georgette Heyer‘s Venetia for the read-along, for example, I was struck by how Heyer defines our genre through her dialogue. Many historical authors have incorporated some of her common usage (mushroom, Corinthian, lightskirt), but hopefully not used it has heavyhandedly as she did; when she did it, she was blazing a genre trail. When people do it now, it’s just lazy writing.

So if you ever read any of my contemporaries, don’t be shocked at the language; I write as the characters would speak, hopefully, and yes, they would swear. Some of them, at least. And some of my historicals also use the word, albeit not as plentifully. It was true to the time, and the characters.

PS: Cameo‘s “Word Up!” was one of my favorite songs back in the day. Does it really pertain to the topic? No. Do I care? Also no.

I remember seeing a television programme about the most complained-about BBC broadcasts of the eighties, and Cameo’s ‘Word Up’ on Top of the Pops got a huge amount of complaints, mainly for the shiny rubber (or whatever it was) codpiece worn by the lead singer.

Since so few people appear to have read much, if any, Heyer amongst this new generation of Regency romance readers, it hardly seems to matter if we half-inch some of her choicer coinages for our own use. To be used sparingly, of course, and with at least part of our tongues in our cheeks.

I like to make up my own idioms occasionally. Just in the hope that someone in the future may think it authentic Regency babble and steal it from me. 😉

Megan, I think it is great that your characters are talking the way THEY talk, not the way you talk.

Where is everybody today? I was picking up my friend Melissa James from the airport. She’s visiting and will attend WRW’s Retreat with me next weekend.

My characters would like to swear, they really would! But you can only say “Blast”, “Fig”, “Drat” and “Bloody Hell” so many times 🙂

It is fun sometimes, coming up with historical ways they can express their frustration, though.

Have a great weekend.

The first time I heard the F word used extensively was in John Sandford’s PREY books. It was jarring. However, he doesn’t use it for shock value, it is the way the characters would speak. That was most obvious when I read one of the books in the series which took place in a rural community. The people he was dealing with were softer spoken and the rough language didn’t come in until the criminals appeared.
As long as an author keeps the dialogue true to the time and the characters it will hold up well. That being said, in some cases profanity seems to be used too much, just to prove how “with it” the author is.

Yes, with swear words in fiction, less is usually more. If you keep using the F-word, it quickly ceases to convey any strong emotion. Used once or twice, at key moments, the message is clearer.

I loved that song!

Still don’t know exactly what it meant but what a great tune.