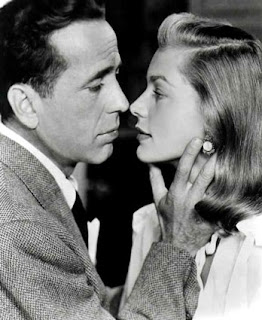 You said I’m stubborn and I never give in
I think you’re stubborn ‘cept you’re always softening
You say I’m selfish, I agree with you on that
I think you’re giving out in way too much in fact
I say we’ve only known each other a year
You say I’ve known you longer my dear
You like to be so close, I like to be alone
I like to sit on chairs and you prefer the floor
Walking with each other, think we’ll never match at all, but we do
But we do, but we do, but we do 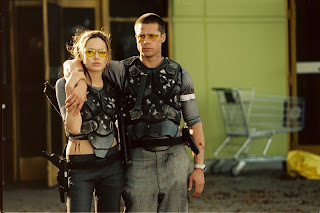 Some of the best books, in my opinion, are where the author is able to convince you–and her characters–that even though there are distinct differences in personality, a true HEA is, indeed, possible. And watching the hero and heroine mash out their conflict during the course of the book is the most fun of all. 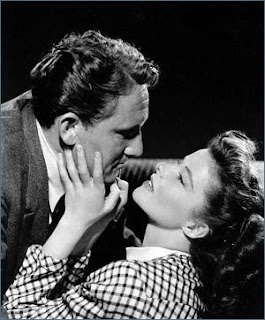 Take, for example, almost any of Loretta Chase‘s books: In Lord of Scoundrels, for example, it seems as though Dain and Jessica are the least likely pair EVER to fall in love. But she figures out that there’s depth behind the big lummox, and he realizes he is, indeed, worthy of such a lovely creature as Jessica (and that she likes him), and their HEA is totally and completely believable.

Or, for a more extreme example, Anne Stuart‘s books; often, the hero or the heroine’s stated goal at the outset of the book is to kill the other. You can’t find an action further away from falling in love than that. But, eventually, they put aside their initial goal because they have gotten to know each other and usually been forced to work together for some greater good (or bad).

I thought of this because (and Diane, you might want to look away), just based on the ads, I don’t at all buy the idea of Gerard Butler and Jennifer Aniston as a couple in The Bounty Hunter. And that kind of believability happens in the gut: There’s no way to figure out what combination of folks will make us believe in the HEA, worse luck for Hollywood. 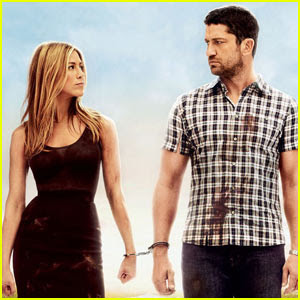 In plotting and writing my books, I have to cast actors in the roles, or I don’t believe what I’m writing. So I’ve thought a lot about combinations that work, despite themselves–for example, even though they seem very comfortable together, I don’t think Spencer Tracy and Katharine Hepburn were a particularly sizzling pair. That is opposed to Humphrey Bogart and Lauren Bacall, who sizzled all over the place, despite the Hays Code (restrictions on film content, following such films as Barbara Stanwyck‘s Baby Face and Mae West‘s I’m No Angel). 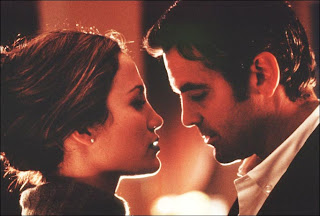 In modern film, one of the sexiest pairings is Angelina Jolie and Brad Pitt in Mr. And Mrs. Smith. Whoa. George Clooney and Jennifer Lopez in Out Of Sight? Also totally buy it, and they obviously never had an off-screen romance. Pride & Prejudice convinced me as to the pairings of Colin Firth and Jennifer Ehle and Keira Knightley and Matthew Macfadyen. Even Greer Garson and Laurence Olivier were believable in the much maligned 1940 version. 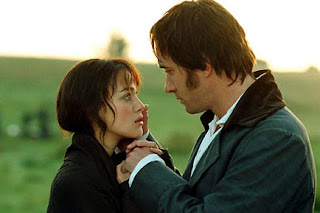 Who are your favorite ‘shouldn’t work but they do’ couples, either in books or film? What pairing absolutely did not work for you?

Megan, I’m with you; whether in film or in books, the couples must resonate or I don’t care what else happens. Bogey & Bacall are classic; I liked all the P&P combos but the last (thought Knightly was too much of a lightweight for Lizzie and whats-his-name too much angst and not enough arrogance, plus I HATED them setting Lizzie’s home up like a pigstye (sp?) and having them both run around in their nightclothes and Lady Catherine arriving in the middle of the night etc etc (gratuitous changes that didn’t do anything to improve the story IMHO.) Also probably in the vast minority in hating Mr. & Mrs. Smith–thought it totally improbably and just wished they would shoot each other and get it over with (but then I don’t like Brangelina either.) I love Scarlet and Rhett in GWTW; Harrison Ford and Anne Heche in Six Days, Seven Nights (talk about characters who are opposite!)

In fiction, I agree: Loretta Chase has some wonderful how-could-they-ever-get-together pairings. Also Carla Kelly; forget the title, but you had the Irish American indentured servant coming into the household of the English lord whose father was killed by his Irish tenants during the Troubles, who can barely stand to look at her very Irish face.

Can you tell I prefer dark powerful conflict to light comedy?

Thanks for broaching such an intriguing topic!

Hate to say it but I agree with Julia when it comes to Mr. and Mrs. Smith AND Brangelina. Can’t stand either the movie or the couple.

One of my favorite opposites attract couples is Wulfric and Christine from Mary Balogh’s Slightly Dangerous. She is the least likely candidate to become his duchess, but is just the right woman to complete his life.

And who can forget Christian and Maddie from Flowers from the Storm. Who on earth could have imagined a man like him married to a mousy young Quaker?

I dont think Mr&Mrs Smith was necessarily a good movie; it was an okay as mindless popcorn but the Brangelina chemistry was in-sane. I remember being in the theatres a full year before the movie even came out and there were these huge posters for the film. I literally stopped in my tracks staring at the prettiness.

Tracy & Hepburn did 9 films together and they sizzled plenty in their first film where they were falling in love – WOMAN OF THE YEAR. Same thing with Bogie&Bacall but by their fourth and last film, the sizzle wasnt exactly there either. YMMV.

As for romances, I usually dont find most Opposite Attracts books all that believable but one recent one that worked for me was HARD & FAST by Erin McCarthy which matched a race car driver and a scholarly type.

I thought the new Emma was wonderful and the heat between Knightley and Emma was AMAZING. It was the first Emma where I really bought that Knightley had wanted Emma all along. Not to say I don’t LOVE Jeremy Northam as Knightley, but he was just a little too cool throughout most of the movie compared to Miller’s Knightley.

I am not a Brangelina fan and therefore have never seen Mr. or Mrs. Smith. As much as I hate to admit I watched Twilight (I wanted to know what the fuss was about and couldn’t get through the books) I thought the lead characters sizzled. You could feel the sparks from the screen. Pretty intense.

As for books I just read Mary Balogh’s Rose Red and really bought the two leads even though most of the time the hero was a complete ass to the heroine. And I don’t remember which book it is, but I think something like To Wed A Stranger…..I loved the two characters at the end. Sure he really married her for her looks and she just to get married, but by the end there was a deep, real relationship there. (Tear, tear). 🙂

My daughter is discovering screen chemistry. We watch Gilmore Girls together on dvd. When Rory kisses Dean it’s all safe sweetness, but when she encounters Jess, sparks fly.
Alexis Bledel and Milo Ventimiglia were dating at the time, so that may have had an affect. But chemistry is a mysterious thing.

Lord Peter Wimsey + Harriet Vane. (4-eva!) Have to agree on Bogey and Bacall, particularly in To Have and Have Not (I think–their first movie where she was young and terrified but it translated to pure screen heat!).

Hey, thanks to all you guys for weighing in. I am not a Brandelina fan, gotta say, but do think their chemistry is amazing.

Brusque career-woman Kate and charming, dignified Leopold in the film Kate and Leopold.

Agree with Janet re Lord Peter Wimsey and Harriet Vane. A similar pairing to Kate and Leopold, perhaps, though Harriet is rather more prickly and withdrawn.

Mary Balogh’s pairings are indeed superb and very believable, aren’t they? And many thanks to Julia Justiss, for I am fairly certain it was she who recommended Balogh to me a few months back. I have been eagerly devouring her books ever since, amazed that I had never come across her before and delighted at the sheer number of titles I can now stick with pleasure on my TBR pile.

My newest favorite “shouldn’t work but does” pairing is Clare Fergusson/Russ Van Alstyne in Julia Spencer-Fleming’s mysteries. He’s married when they meet and for the next several books, and I’m not one to root for adultery. He’s 14 or 15 years older, and I dislike age differences of > 10 years. But the chemistry is so perfect that I root for them every step of the way.

So true! Chemistry is such an elusive and magical thing, whether in a book or a movie, and without it the story is sunk. One of my favorite “opposites attract” film is “It Happened One Night.” Luv Claudette Colbert and Clark Gable!

Jane Austen, you’re so right about the new “Emma” and “Twilight”! I thought “Twilight” for all its many faults was very romantic in a youthful, swept-away sort of way. “New Moon,” thought more slickly filmed, lacked that entirely and fell flat (IMO). Same actors, different vibe. And my favorite aspect of the new “Emma” was the very romantic relationship between Emma and Knightley…

Chiming in very late due to a weekend away at the WRW Retreat.

I do agree with your assessment that Jennifer Anniston and Gerard Butler don’t have the chemistry, not like he did with Lena Heady in 300.

Brad Pitt and Angelina Jolie just don’t do it for me, on screen or off.