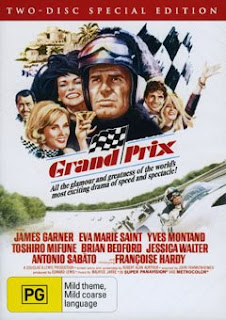 Many times the discussion of romance dealbreakers comes up; for some people, it’s sleeping with someone else while the romance is building (not a dealbreaker for me; I just call that ‘being an entitled man.’).

For most of us, and why we carry the stigma of romance as long as anyone remembers the phrase ‘bodice-ripper,’ it’s rape.

For me (in addition to the rape, obviously), it’s adultery. It’s funny, I haven’t really thought of it before–after all, I am a “Risky” Regency, and not usually conservative in my views. But the other night, my husband and I were watching a 1966 movie called Grand Prix starring James Garner, Eva Marie Saint and Yves Montand, among others. It was about the Formula 1 racing circuit, and my husband recalled loving it when young because of the racing footage.

We joined it midway, and there’s this romance going on between Garner and a woman who, it turns out, is married to another driver, a Scot who’s recovering from a race accident. Huh. Made me uncomfortable to see it all out there in the open, but whatever. Then Montand’s character is madly in love with Saint’s only, it turns out, he’s already married to another stunning blonde (man had a type, is all I’m saying).

“So,” I said, turning to my husband, “this movie is all about adultery.” I didn’t hate the film, but I didn’t like it that everyone seemed okay with the cheating. If that plot line had been in a romance story? Whoa, there would’ve been SUCH a kerfuffle.

‘Course, I’m a hypocrite, because one of my favorite series is Julia Spencer-Fleming‘s Clare Fergusson and Russ Van Alstyne series. But there the characters know, and suffer for, what they’re doing. 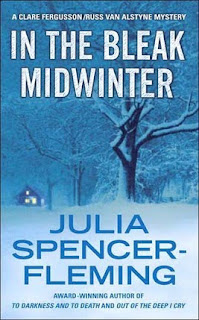 I guess the difference for me is knowing that the characters are aware of their actions, and are making choices, not just falling into things because it’s convenient. Another example is one of my all-time favorite books, Jane Eyre. Rochester, of course, knew full well what he was attempting to do–but his love for Jane made him choose to live with damnation. I kinda respected that when I first read it, and still admire Rochester for choosing love over propriety (some would say morality, and that is a valid word, also).

Okay, so not a dealbreaker precisely, but if the hero or heroine is somewhat insouciant about their cheating–no matter how valid the reason–I’m not gonna like them.

We’ve all discussed the usual dealbreakers; do you have any unusual ones? 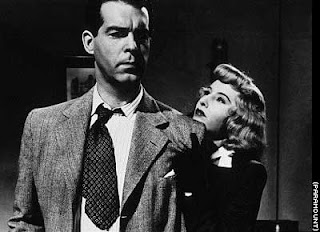 I remember that film, Megan! Hated it for just that reason.

And like you I felt such empathy for Rochester. Legally he was married, but he’d been tricked and tried to make the best of it. He might have gone on for years with meaningless affairs with opera dancers had he not met Jane.

I don’t have a problem with love triangles in a Regency so long as the relationship is not consummated with BOTH choices. That bothers me a bit.

Adultery is definitely a deal breaker.

I’m curious. Would a man who has a brief affair with one sister but ends up with her half-sister be a deal breaker for anyone?

For me, I’d be okay with the half-sister thing if the sisters weren’t close; otherwise, I’d constantly be wondering if the first sister was mad about the guy liking her half-s better.

Oh, yay, another Julia Spencer-Fleming fan! I discovered Clare and Russ just a few months ago and tore the series in record time, all despite it being multiple things I normally don’t care for: contemporary setting, large age gap between the love interests, and above all adultery, or as near to it as makes no nevermind. But they’re such wonderful books that none of that matters–or really, it all enhances the story.

I too adore Jane Eyre and feel for Rochester. He can’t help but fall in love with Jane and want to marry her, even though he has the mad wife. I just finished watching this film called Firelight where Sophie Marceau and Stephen Dillane conceive a child because his wife is paralyzed completely and can’t have children. Sophie gives up the child but can’t forget her and finally seven years later manages to find them and get a job as the child’s governess (this is in England in the 1830’s). Stephen’s wife is still alive and he and Sophie start up their affair again and then he does something awful but they end up living happily ever after which bugged me because he does something awful (some might call it charitable).

Interesting about the sister/half-sister thing because it brings to mind the situation with Shelley, Mary Shelley and her step-sister Claire. Mary hated having her step-sister living with them but Shelley adored her (and may have slept with her as well).

EKM, I LOVED Firelight! Amanda recommended it to me originally, I think.

I think Louisa makes a good point. It would be hard to accept adultery if the person was sleeping with both. Or even if there was no marriage, sleeping with two doesn’t seem heroic to me.

Louisa, if the half-sister was really in love with the hero, it would bother me. If she’d moved on to someone else, it wouldn’t.

LOL, Megan! I thought YOU recommended “Firelight” to me. I loved that movie so much. Must get it out and watch it again.

I’m all for moral ambiguity in movies/stories (Rochester is a great example), as long as it doesn’t get–yucky. The sister thing is such a fine line…

What I accept in fiction is far different from what I accept in real life. In fiction, a case can be made for love between two consenting adults, no matter their circumstances (including both legally married elsewhere). Best stories come out of moral ambiguity imo, because there are all kinds of stressors for and against the relationship.

Louisa, your story makes the younger half-sister very much a Cinderella figure and therefore very much deserving of her prince. So yes, it would work for me.

I recently read a novel where the heroine kept scratching her eczema every time she felt insecure. It bugged me, and I don’t know why… I like it when heroines struggle with weight issues. I’m all about heroes learning to deal with life-changing injuries and/or limb-loss.

But eczema? I put that in the category of athlete’s foot, toenail fungus, and impetigo. NOT something I want to think about while reading a romance.

Not really rational, but there you have it.

Rochester really makes me angry. Yes, he was in love with Jane, but he also knew that she was isolated with no friends or family–the sort of woman who had no one to turn to if/when she found out that her marriage to Rochester was illegal and she was ruined. He wouldn’t have pulled that sort of trick on Blanche Ingram, for instance.

Deal breakers for me: unconsummated marriages, unlikely virgins, surprise pregnancies in contemporaries, titled guys who don’t want their inheritance and/or responsibilities, unnecessarily wealthy characters in contemporaries, characters who’ve nurtured grudges for stupidities or broken relationships from their formative years … wait, this is turning into a rant. Enough!

Navy Seals are a deal-breaker for me.
Luckily I mostly read historicals.

Another Julia Spencer-Fleming fan here. It is hard to say something is always a deal breaker, because the exception will pop up. I think the way she sets up Russ and his wife’s relationship (or lack there of) in the first couple of books makes a difference in how we react later to his and Clare’s changing relationship.
I am not sure what you mean about rape being a deal breaker. Do you mean as part of the story or as something the hero does or the heroine suffers? It would certainly be a deal breaker for the hero to be a rapist. No excuses there. As for the heroine being the victim, i can think of several good romances where that was the case.

librarypat, it’s when the hero rapes the heroine–never seen now, but was used a lot in the late 70s/early 80s. Yes, inexcusable, but it allowed the woman to be sexual without being a loose woman (different times, different standards).