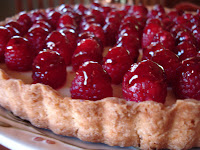 Today is my critique group day, so I thought I’d write about them. We’re called the Tarts because we meet at a La Madeleine restaurant (we occupy a large table at the back and try not to talk too loudly about each other’s sex scenes) and one time the restaurant had a promotion along the lines of Try our delicious little French tarts. So naturally we had to adopt the name.

We’re all published now but when I joined the group ten years ago (aargh! ten years!) none of us were. Our numbers have fluctuated over the years but now we’re down to the basic foursome. We know a lot about each other and a lot about each other’s writing and we’ve cheered each other on as we negotiated the path of bumps and turns, luck, and skill that led to publication. And we write different subgenres so it’s interesting that we function well as a critique group. But let me introduce you (in alphabetical order):

Kate Dolan. Kate is an awesome powerwriting force. She writes Regencies for Cerridwen, mysteries as K.D. Hays, kids’ books, you name it. She’s also a living history interpreter and something of an expert on colonial Maryland history.

Christie Kelley. Chris writes Regencies for Kensington although when I first joined the group she was writing Westerns. She’s smart and productive and the best plotter I know.

Kathy Love. Yes, it’s really her name. She was writing vamps when no one else was and now her urban fantasy series depict paranormal creatures living side by side with unwitting mortals.

Kate Poole. Kate, sorry, I can’t find your website (did it get eaten?), whose debut historical The Anchor and the Storm came out a couple of years ago and she has another Ellora’s Cave book coming out… soon.

So how do we function as a critique group? First, friendship does not conflict with our opinions on each other’s work. We’re not so used to each other’s writing that we don’t have anything to say about it or can’t view it with a critical eye, which I think is great. (My rule of thumb has always been that if the majority of the group says something doesn’t work, I change it. Usually.) We make a lot of jokes. Halfway through we stop to eat, of course, some delicious French tarts. So we’re not all business but we do get a lot of work done. If we’re not talking about our current mss. we talk about future plots. We have various areas of expertise, within and outside writing.

Do you have a community that’s related to writing, or reading, or any other interest? Tell us about it! And what do you think its Regency equivalent would be?

Visit a great new blog by HarperCollins paranormal authors, Supernatural Underground (and on Facebook too). Check us out! We’re having our official launch June 1 with giveaways and fun stuff.

Sounds great! And oooh, an expert on Maryland Colonial history. Have I met Kate Dolan?

Your critique group sounds terrific, Christie! And I would never say no to French tarts!

My local writing group meets once a month, usually in a local restaurant and like you we try not to talk too loudly about our sex scenes! We consume a great deal of food and critique each others work. I am the only historical writer in the group, but as everyone reads a number of genres it works out rather well. We have everything from YA, Children’s Middle School, paranormal romance and chick lit. The most important thing we do is act as a sounding board and offer encouragement through the rejections and rewrites that come our way.

I think the Regency equivalent might be a lady’s literary society, a salon or perhaps a charitable society as sometimes we really have to offer a shoulder to cry on!

Ooh, a salon! – pronounced the French way, obviously, not the kind where you swagger and order a sarsparilla. DId I spell that right?

I have a group of friends (mostly librarians) and we blog together. We’re the Fourmiddables. We each have the identity of a famous dead author and we blog about our lives and books and whatnot.

If we existed in Regency times we’d probably be “The Society for Enlightened, Feisty and Fiery Females”

I would love to have a critique group that meets in a pastry shop! 🙂 Sounds like a great group. I haven’t had a critique group for a few years because there’s just not the turnaround time for it, but I miss it

I have two critique groups! One, with my friends Julie,Helen and Virginia,who have been with me from the beginning. And another with Superromance author Darlene Gardner and Lisa Dyson.Both groups meet in each others houses. Darlene, Lisa and I have just started getting lunch as well,which gives us a social time berfore “work.”

I am dying of envy at the thought of regular, knowledgable critiquers in conjunction with regular doses of French pastry. Mon Dieu! I have to organize something like this.

Oh, would I like to be a fly on the wall at La Madeleine (Columbia?) to hear four fabulous ladies talk about books … and steal crumbs from the fabulous food.

That’s a great track record for your group to be published!

I am a member of the RomVets – veterans who write romance. Obviously no Regency equivalent. But I just started Military Spouse Writers for spouses who are writing romance. The equivalent would be the ladies left behind when their husbands went off to war. If their husbands had a high rank, they might have their own home and invite other military wives to tea. Otherwise, military wives would return to their family or follow the drum.

I just posted an inspiring poem about an Army wife on our blog,

We had a nice informal group at the county library. It was nice talking with the patrons, discussing what they were reading and recommending new books or authors.. I had just formed a book club, but I’m not sure how they are doing, I lost my job in February and never realized how much I would miss it.
The lack of social interaction and discuss0int zzzzzzzzzz