This week marks the 195th anniversary of the Battle of Waterloo, a battle that figures prominently in history and also in our Regency Historicals. The first book in my Three Soldiers Series, Gallant Officer, Forbidden Lady, ends at Waterloo. Book number two, Chivalrous Captain, Rebel Mistress, begins there, smack in the middle of the battle.

I wondered what the two men whose names are nearly synonymous with the battle were doing on June 14, 1815. Both, I discovered, were writing dispatches. 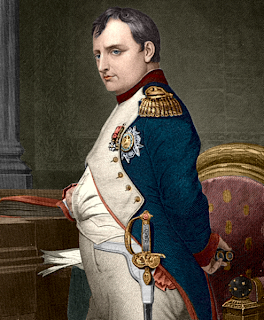 Napoleon’s was in the form a a proclamation to his troops.

“Soldiers: This day is the anniversary of Marengo and Friedland, which twice
decided the destiny of Europe. Then, as after the battles of Austerlitz and
Wagram, we were too generous. We believed in the protestations and oaths of
princes to whom we left their thrones. Now, however, leagued together, they
strike at the independence and sacred rights of France…After having swallowed up twelve millions of Poles, twelve millions of Italians, one million Saxons, and six
millions of Belgians, they now wish to devour the States of the second order
among the Germans. Madmen! one moment of prosperity has bewildered them. To
oppress and humble the people of France is out of their power; once entering our
territory, there they will find their doom. Soldiers: We have forced marches
before us, battles to fight, and dangers to encounter; but firm in resolution,
victory must be ours. The honor and happiness of our country are at stake! and,
in short, Frenchmen, the moment is arrived when we must conquer or die!”

Napoleon knew he was days away from engaging the Prussians and one can understand his need to inspire his troops. Still, his words are brimming with arrogance, of the certainty of his superiority.

Napoleon had the advantage. He knew he was on the attack. The Allies knew only that engagement was imminent; at this point, they did not know where or when Napoleon would meet them.

Because of this, Wellington’s dispatches of June 14, 1815, deal with more practical matters. On this day he wrote to other Allied leaders, including Prince Metternich. In his dispatch to Metternich, Wellington, like Napoleon, is looking forward in time and planning for the occupation of France. He proposes a plan that will increase the cooperation of the conquered people, ceding control to Louis XVIII. He also reiterates his characteristic policy of reimbursing the citizenry of any property the army may need to take from him. 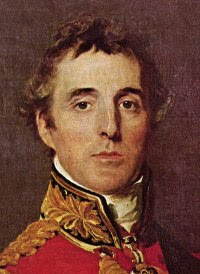 …It tends to make partisans instead of enemies of those who shall have
given their property for the subsistence of the several armies. Every man who
shall have in his possession a voucher or receipt on the part of the officers of
Louis XVIII. will feel an interest in the success of the cause, in proportion as
he shall value the property taken from him.
…It will put an end to very disagreeable discussions between the Commanders of the several armies, myself particularly, and Louis XVIII. His Majesty…will naturally claim to take possession of the country which shall fall into the hands of the Allies… His Majesty Louis XVIII. and the Allies, will appoint officers to govern that country….By adopting this system, which is the most simple and, as I have above shown, the most beneficial to the allied armies, we should at the same time hold out something to France to which the public opinion might attach itself….We should avoid the evil of seizing the public treasures in France; an evil which it will be very difficult to avoid under any other system, and which will be fatal to the discipline and reputation of the allied armies, and will give but too much reason to the French people to believe that the Allies have forgotten, or have omitted to act upon, the system laid down in their public declarations and their
treaties.

It appears that Wellington had no intention for the Allies to “swallow up” France, but rather to restore the country to the monarchy.

My friends Kristine Hughes and Victoria Hinshaw are attending this year’s Waterloo reinactment and I’m so envious I could just…..something. Check out their activities on Number One London blog.

So…what are you writing today? Any dispatches or proclamations?

Don’t forget to visit me at Diane’s blog on Thursday when I’ll give away another signed copy of Gallant Officer, Forbidden Lady. I’ll announce last week’s winner there tomorrow.

Thanks, Diane, for the Waterloo update! I still find it amazing that the British could engage Napoleon across the Channel while antagonizing the Americans across the Atlantic.

Only one proclamation to my children as we travel to a family reunion – Behave!

I think it would be a lot of fun to watch the Waterloo re-enactments. I don’t think I’d want to participate, but watching would be fun.

I’ve been to re-enactments in the past and it’s always fun talking to the participants afterward. They have an amazing store of knowledge about soldiering, for example

Wow! Reading Napoleon’s proclamation felt like being in the locker room during a football pep talk. I wanted to yell, GO TEAM! He used those highly charged emotional words that in the final analysis mean nothing.

Wellington, on the other hand, stirred me to my soul, and want to silently promise to follow wherever he required. I would because he stated so clearly where we were going and why. I didn’t feel manipulated by the end, but rather entreated, a far more powerful tool: To fight for the freedom of all, understanding that there would be those who did not grasp the true vision of freedom, for life, liberty and property.

Sad to know how many soldiers abused their power, and yet so many did not and so many gave all.

I’ll be doing a bit of writing, today, working on the current WIP, both of them, and updating my blog, and working on my homework assignment from my branding coach.

I have always said a person’s true character can often be seen in what they choose to put to paper. Napoleon shows his true colors in his dispatch and that arrogance ultimately led to his downfall.

And, of course, the Iron Duke showed what he was made of in his dispatch. He couches his words, not as a commander, but as a leader and member of a team with carefully thought out plans and ideas that show he really was a superior statesman.

And I am with you, O Divine One, I am SO jealous of those two ladies and what they will witness in the next few days at Waterloo. I shall be green for a week!

Kim, the war of 1812 doesn’t get much attention in Regencies, does it? It is hard for Americans to be pro British in that war I suppose.

Carolyn, I would just love to be there watching the reinactment. I’m so envious!

Judy and Louisa, the dispatches do point out the differences in the two men, don’t they? At least at that moment in time. Napoleon did do great things for France, I try to remember.

How interesting to be able to attend a reenactment of the Battle of Waterloo.
These dispatches are quite an insight into the mind-set of these two leaders.
What would the Regency have been without them?