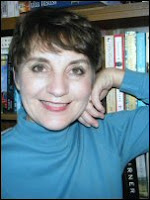 The Riskies welcome back Harlequin Historicals author Julia Justiss as our guest blogger today! Julia is giving away not one but two copies of The Smuggler and the Society Bride to 2 lucky commenters….

When The Road To Adventure Is Aboard Ship: The Smuggling Lugger Versus The Royal Navy Cutter by Julia Justiss

My hero, Gabe Hawksworth, grew up on the Irish coast, sailing his passion from the time he was strong enough to grasp a tiller. So when the good army friend who saved his life asks him to take over a smuggling lugger until its injured captain recovers, Gabe cannot refuse. Not to mention, after kicking his heels at home under the scrutiny of his insufferable elder brother while he recovered from wounds suffered at the battle of Orthes, he’s ripe for a new adventure. Pitting his wits against the sea and the revenue agents sounds like just the thing.

During the heyday of smuggling in the 18th and 19th centuries, the small fishing vessels that had always toiled on the Cornish coast were adapted into swift vessels that could be up to 75 feet in length, stepped with 3 masts whose massive sails allowed the fastest to journey the one hundred miles from Cornwall to Brittany in eight hours. The luggers were worked by a crew of 30 and might be armed with 12 to 16 cannon, plus swivel guns loaded with grapeshot to ferociously resist any government vessels that attempted to capture the ship and its valuable cargo.

Given that hanging or transportation was the punishment for anyone convicted of smuggling, their fierce resistance is understandable. However, considering that a crewman would earn ten pounds for a successful run to Guernsey or Roscoff–more than a fisherman earned in 3 months–one can understand why captains had no difficulty manning their ships. It didn’t hurt either that the smugglers’ neighbors were usually more sympathetic to the men who braved the sea and the revenue patrols to bring them desirable goods than to the king’s men, and a Cornish journey would almost never bring a guilty verdict against anyone on trial for smuggling.

Ranged against the smuggling lugger in this contest was the Royal Navy or revenue service cutter. Built after a design adapted from the smuggling luggers of Folkestone, this craft averaged about 70 feet long and carried a crew of 40. Built for speed, the ships could deploy fore, aft, and square sails on their single mast and carried an armament of up to 10 18-pounder guns. However, since they had a deeper draft than the smugglers’ vessels they couldn’t operate close in to shore and so depended on finding their prey at sea, in transit between the supplier in France and the base in England.

A battle of wits and sailing skill would result, with the variables of wind, sea, and storm to make things interesting. The worst fate for the smuggling lugger was to be becalmed, sitting helpless on the windless sea, unable to escape while the revenue cutter lowered small boats to row over and search his vessel. Then a battle not of wits but of cutlasses and muskets would likely result. Just the kind of ruckus a hot-blooded soldier like my hero Gabe enjoyed!

What’s your transportation of choice when you want to set off on the road to adventure? So you drive to the shore or mountains? Fly to some exotic destination? Cruise to Bermuda or the Caribbean? Or are you an “armchair traveler” transported to adventure in the pages of your favorite book?

I developed a fear of flying after much turbulence to/from RomCon in Denver … I was not looking forward to my return flight to Hawaii. But Hawaiian Air was great – it featured the independent movie, The Ride – modern surfer wipes out and appears in 1910 Hawaii to meet surfing legend Duke Kahanamoku. The movie kept my mind off the flying.

I’m sure Hawaii was (and still is) a haven for smuggling.

Congratulations on your new book. I enjoyed your post and think that my husband might have made a good smuggler with his love of sailing. We all take turns going for a sail with him.

Can’t wait to get my copy of your latest book in hand. I’m also looking forward to the entire series!

Travel…don’t do much but when I do, I go by car. I’ve only flown a couple of times; once was enjoyable the other was not so good. I enjoy driving and seeing the sights in between.

I am really the ultimate armchair traveler and travel vicariously through the books I read. I’ve even been known to haul out maps to find sites I’m reading about on the map!

Welcome back, Julia! I loved the information about smuggling.

I haven’t been on a ship or boat in years but have a tendency to sea sickness. And lately a resurgence of a tendency to car sickness (not when Julie drove to and from Orlando, though). Maybe I’ll say my favorite is the train.

Hi Julia
Great meeting you in Orlando. The history of smuggling is fascinating with terrific possibilities for romance – though I bet it wasn’t so lovely in practice. Sailing, in my experience is a very *cold* activity.

Your account of the earnings is fascinating. Made me think of modern day kids who are pulled into drug dealing because they have no other way of making a good living.

Travel: Hmm. What I’d like to do is never fly again unless I went first class. Yes, I’ve spent too much time in airports lately. A nice gentle ocean voyage (in a big, heated liner) sounds lovely.

Hi Julia, enjoyed the info on smuggling vessels and looking forward to reading your book.

I used to cycle everywhere but must admit to becoming a bit lazy of late!

I can’t afford to travel so I’m definitely an ‘armchair traveler.’

Though I’ve never flown, I don’t think I’d be scared to. Road trips are the worst!

I’m not picky about how I travel, whatever way is the quickest or easiest to get me there so I can start the fun. I’m not doing much traveling these days due to financial concerns, but I can still be an “armchair” traveler, that doesn’t cost anything, or at least only the cost of a book.
I enjoyed the post, learning a bit more about smugglers was fun. Looking forward to checking out The Smuggler and the Society Bride.

Kim, it was such fun to meet you at National and match a face to the name. I’m glad you had a better experience getting back to Hawaii.

BTW, what products were smuggled through Hawaii? Silks and spices and such from the Far East?

Maureen, how cool to have a dashing-smuggler-hero of a husband. I’ll bet you enjoy those sails.

Karen, we are veterans of LONG car journeys when dh was still in the Navy. From Norway by ferry down to Denmark, then driving the autobahn down through Germany thru Salzburg and France to Spain and Portugal, then back up thru the Pyranees to take the ferry over to England (all for dh to go to meetings, of course.) You can stop when you want to sightsee.

Diane, I sympathize with the motion sickness. I can’t read much on an airplane and hardly at all in a car. Forget the fun Six Flag rides!

Miranda, I’m with you on first class air travel! Wish I could afford it, esp a long trip like cross-country or Europe. But I get seasick, so ocean voyages don’t much appeal either, even in fin-stabilized ships!

Margaret, thanks for stopping by. Almost time for your Regency Silk & Scandal book to appear, UNLACING THE INNOCENT MISS.

I’m also with all the armchair travelers. I’ve been known to get out maps while reading a novel about somewhere that captures my interest.

Thanks to all for stopping by!

Julia your book sounds wonderful, and I loved the post. I’ve had a facination for Cornwall and smuggling ever since I watched the tv series Poldark in my early teens back in the 70’s. So rugged, both the coastline and the men!!…lol.

Coming from New Zealand, travel would normally be done by car, lots of lovely coastline to explore, or if going out of the country then flying. I never traveled overseas until the late 90’s, but after that I was bitten by the travel bug and between trips, love to pore over maps.

Now I live in the mid-west in the States, and I have no ocean to hand :o( and am back to travelling by car in the most part.

However, like life,……It’s not always about the destination, but the journey of getting there……….

For my adventures and excursions I like to take train rides, scenic railways … mystery dinner trains. Something different.

Having a natural reverence for authority, I’m afraid it’s ‘Down with the smugglers’ from me! I enjoy armchair trvelling but I really do intend to get my bicycle out some day and actually take a trip on that!

For our adventures we try a bit of everything. We love the mountains and will drive to them and hike. Train trips through the mountains, especially in the Fall are wonderful. We love to canoe and sail. Haven’t yet been on a cruise, but will one day. We drive on most trips. We have been known to cover over 6,000 miles on a three week trip. We stop and do lots of things and enjoy all we can.

I like the sound of THE SMUGGLER AND THE SOCIETY BRIDE. Have several of your books on my shelves and have read many others. Know I will enjoy them.