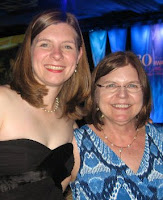 Diane here.
Michelle Willingham and I both have Harlequin Historicals arriving in bookstores by Sept 1, if not a few days before (check your favorite store!). We’re each giving away one copy of the September books, so be sure to leave a comment!

Michelle’s September release is Surrender to an Irish Warrior.

Praise for Michelle’s RITA nominated, Taming Her Irish Warrior:
“Kudos to Michelle Willingham….Always true to her characters, Michelle Willingham writes an ending that will steal the heart with its imagery, emotion and romance”–Medieval Book Reviews

Praise for Chivalrous Captain, Rebel Mistress:
“Engaging characters,
action/adventure and sweet love add to the depth of these stories, which
demonstrate how war changes people — and the world.”–RT
Bookreviews 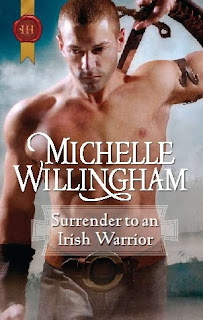 Michelle, it is so good to have you back with the Riskies! Tell us about Surrender to an Irish Warrior.

Michelle: Surrender to an Irish Warrior is the last book in my MacEgan Brothers series. It’s about an Irish warrior, Trahern MacEgan, who wants to avenge the death of his betrothed wife. Along the way, he rescues Morren O’Reilly, a woman who was attacked by the same Viking raiders. In Morren, he finds healing and redemption.

Diane: Oh, I love a rescue story. In Chivalrous Captain, Rebel Mistress, Book 2 of my Three Soldiers Series, Allan Landon and Marian Pallant meet when he rescues her on the battlefield of Waterloo and takes her to Hougoumont for safety, only to have to rescue her again when the French set fire to the Hougoumont chateau. But, after that Allan and Marian take turns rescuing each other. 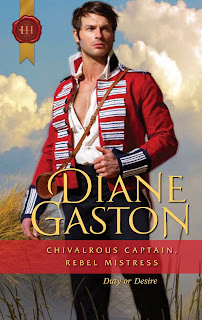 We always ask this. Was there anything risky about your book?

Michelle: Definitely! This was one of the most frightening books I’ve ever written, because I tried to keep it true to the time period. Vikings were known to attack women, and Morren was one of their victims. It’s the first time I wrote about a rape survivor, and although the opening is dark, it left me the chance to give them both of them an incredibly happy ending. It also gave me the chance to do a “family reunion” of all the MacEgan Brothers at the end.

Diane: Each of my Soldiers Series starts out with an almost-rape at the pillaging of Badajoz; I suppose it was risky that the perpetrator goes unpunished (Allan hates that) in this book. Instead he just causes more trouble for everyone. What I felt risky about, though, was making up a fictitious protest demonstration that Marian organized and Allan must prevent. Did I make it credible? I guess the readers will tell me.

What interesting research did you come across while writing this book (maybe we can contrast the different time periods here)?

Michelle: The Viking system of justice was fascinating. I learned that men convicted of a serious offense, like murder, were made into outlaws and could be killed by any member of their tribe with no consequences.

Diane: I learned a lot about the British system of justice during that post-Napoleonic war period. In its way it was also brutal. Habeas Corpus was suspended and anyone could arrested with no reason given. Any protest against the government was seen as a treasonous act. In a way, government could do what it wanted with protesters and have no consequences for it.

Michelle: I am starting a Scottish medieval series, set around the Braveheart era (Robert the Bruce, William Wallace, etc.). The first book, Claimed by the Highlander will be released in the spring of 2011.

Diane: Oh, I so admire you for taking on the challenge of yet another historical era. I’m sticking with the Regency, though. What’s next for me is the last book in the Three Soldiers Series, Gabriel’s story, as yet untitled and unscheduled, but probably due out in the spring of 2011. Maybe both our books will be released the same month then, too!

Now, a question from both of us. If you could be rescued by any sort of hero, what kind of man would it be? Medieval warrior? Handsome English soldier? Ruthless billionaire? (Or ask us whatever you want!) Post a comment for a chance to win a signed copy of Surrender to an Irish Warrior or Chivalrous Captain, Rebel Mistress.

Michelle and I are together again for Male On Monday at the Pink Heart Society, tomorrow, Aug 23, when, I, of course will be back here at Risky Regencies. Thursday, I’m at Diane’s Blog!

I am SO looking forward to both of these books! They sound fabulous!

At the moment I think I would like to be rescued by a really good doctor or a pharmacist as I am in the throes of another bout with that pesky upper respiratory virus that keeps going around. My kingdom for a cure!

The question really isn’t fair because a fierce Irish warrior or a brave Regency era soldier both have definite appeal for me!

But to be absolutely honest I think I would like to be rescued by a brooding, aristocratic lord who lives in a remote castle and has withdrawn from society. I do love a Gothic hero!

Louisa–Sorry about the upper respiratory virus, and hope you feel better soon!

Both of these books sound fabulous! If I were to be rescued I’d like it to be a healthy, wealthy man who could afford to hire a masseuse for my aching back. LOL

Absolutely thrilled about these two releases, from two of my absolute favs.
I had the honor of reading and submitting a review to “The Season” blog for “Surrender to an Irish Warrior”, I highly recommend. Michelle, are you considering maybe sometime exploring the next gen of these Irish Warriors?
In the meantime, Highlanders are my next fav, so looking forward to your new series!!

And Diane, you KNOW I love this cover, and cannot wait to read the story inside! Your book, sounds wonderful!

As for a rescue. Wow, Tough question. Can’t it be both an Irish Warrior AND a heroic British officer? *hedge*

All the best for both your releases!!

Both books sound waonderful. Can’t wait to read them.

I love the Irish Warriors Michelle! I used to read a lot of Regency and Historical for the sensuality levels. I don’t read as much anymore of these genres for some reason, but I always LOVE a MW book! If I had to be rescued, I’m sorry, but it would have to be by a sexy tough contemprorary cowboy! Me lurves me cowboys.

If I were to be rescued by a hero, I think it would depend on the situation I needed rescuing from. I’d pick the Medieval Irish warrior if I was attacked by Vikings, and the handsome English soldier for anything else.
Both books sound fabulous and I’m looking forward to reading them.

Oh, wow, that Viking stuff is SO interesting. I really admire all the research you put into your stories to make them that much more real. 🙂
Congrats on your new release!

Are you two related? I see a resemblance. 🙂 Well, romance writers are one big family, right?

Hi everyone! I was out all day with a friend who was looking at condos. I felt like I was on House Hunters: “Oh, nice bathroom. This bedroom is kinda small, though, and, look, no closet!”

Jane George, what a compliment! I think Michelle is just so pretty, that if I resemble her in any way, I couldn’t be more thrilled. And thanks for the nice words about Gallant Officer!

Louisa, I’m sending a hunky male nurse to take care of you. He’s virtual, though…

And, Lorraine, forget the wealthy man. I’ve got a hunky masseuse for you (also virtual, alas)

Karyn, since you love my cover, I’ll forgive your partiality to Irish Warriors and Highlanders (grin). And, yes, you can have both rescue you!

Barbara E, you are very practical!

Jennifer, if you like Vikings, you’ll LOVE British soldiers!

Karyn–Maybe at some point. My Irish warriors certainly had children, so it’s possible to do a next generation. I’ll tuck that in the back of my mind. Glad you enjoyed Surrender!

Calisa–oooh, there were definitely some wonderful cowboys, weren’t there?

Jennifer–sometimes real life history was pretty gruesome! It’s a balance between keeping the realism and maintaining the fantasy. It always appalled me to hear about the heads resting upon pikes. Ew!

I spent the day doing home improvement projects with my husband–I can wield a mean drill. 🙂 I think today I would have enjoyed being rescued by a team of home improvement show hosts who would let us run away while someone else reorganized our shed! LOL.

Wieee…two books from new for me authors, sounds GREAT 🙂

Oooh! Thank you O Divine One !! I feel much better now. That nurse looks exactly like Gerard Butler. You are a true friend!

And Michelle if those home improvement people show up PLEASE send them my way. I have SO many projects on hold trying to finish this book!

Mariska, you’ll have to try our books!

Ooh, congrats, both of you! I’m definitely looking forward to both these 🙂 Michelle, I’ve loved your whole series, and can’t wait for this last one.

As for hero to rescue me? I’m up for any hero, as long as he’s smart, kind, and funny 🙂 I do love a man who can make me smile!

Both books have fab covers and I’m so looking forward to reading both of them! But if I had to be rescued…the uniformed soldier on your cover, Diane, would get my vote. Always a sucker for a guy in a uniform. Sigh, what can I say? I married one!

Aloha, Diane and Michelle! What a fabulous cover!

Regarding Hawaiian justice, it was fairly harsh before the missionaries’ arrival in t820s. However, if any “outlaw” could swim to the “santuary” on the Big Island of Hawaii, they escaped punishment.

Looking forward to your next series set in Scotland. Today (August 23) is the anniversary of William Wallace’s death in 1305, giving birth to the Scottish Freedom Movement.

I would go for the English Soldier. They look ever so handsome in their red coats and those boots. He could sweep me of my feet and rush me to safety anytime.

Kim–that’s fascinating about the outlaw being allowed to swim to the big island. Given the size of those waves, I imagine it was a low survival rate. Yikes!

I too am looking forward to reading both of these books. You both have great covers.
I have to be rescued by gorgeous Scottish (clean) Highlander. Tough on the outside but a puppy inside 🙂
Love kilts. lol
Carol L.
Lucky470@aol.com

My first thought was Medieval warrior (I tend to gravitate to warriors, soldiers, knights). But I’m thinking I wouldn’t turn down any of the heroes that I read in my romance books. They may have flaws, but in the end they always make me melt. Thanks to authors like you two 🙂 I’ve enjoyed both your books!

I’d settle for someone strong enough to lift me!