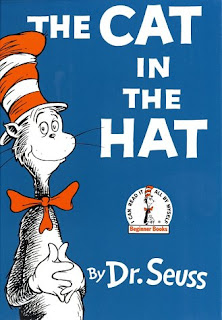 No, do not adjust your computers; it is Wednesday, which is normally the day Carolyn Jewel posts here, but since she actually owns cats, she posted on Friday to allow me to find a topic that wouldn’t include bemoaning the fact that I can’t have cats (or dogs, for that matter) due to ferocious allergies (that was not a bemoan, just a statement of fact). 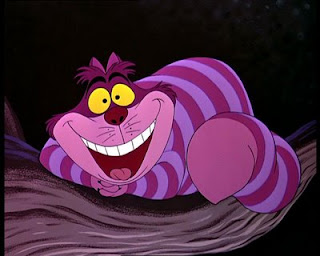 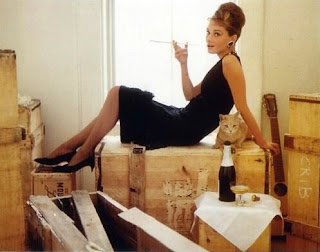 So today I wanted to talk about some of my favorite fictional cats! Probably the first fictional cat I encountered was the Cat In The Hat, that sassy troublemaker created by Dr. Seuss. Because I am a worrier, I was always concerned that the kids and that destructive Cat wouldn’t get everything cleaned up in time before the mom arrived home. Of course, the Cat had powers beyond normal Cat-dom, so everything turned out all right. Whew. 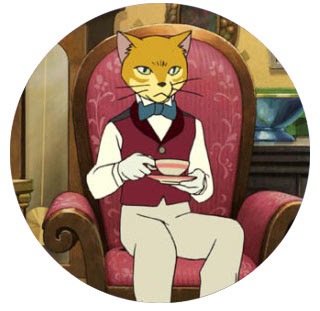 Later on, I dove into Alice’s Adventures In Wonderland, which stars the Cheshire Cat, one of the creepiest cats in literature. That smile! That sardonic wit! Gives me the shudders just thinking about it now. It probably didn’t help that my parents had the Annotated Edition, which attempted to explain why Lewis Carroll created the cat that way (yes, once again, super-egghead parents freak Megan out). 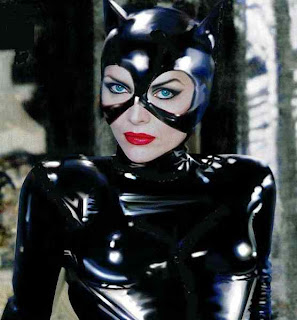 I met Catwoman in Batman, and have to say, is there anything more seductive than Michelle Pfeiffer in that latex suit? Whoa. And when she acts all feline, it’s devastating (just ask my husband!). Holly Golightly‘s companion in Breakfast At Tiffany’s is a cat as careless as Holly is, only Holly actually takes responsibility for her pet.

In Jim Butcher‘s Dresden Files series, Harry Dresden lives with a 30-lb. cat named Mister (I would not say Harry owns Mister, nor that Mister owns Harry; it is a reciprocally beneficial relationship). Mister is a fantastically written cat, which is to say disdainful, proud and clearly opinionated.

But probably my favorite cat is the the feline in The Cat Returns, a film by Hayao Miyazaki. The Cat, voiced by Cary Elwes, is charming, rogueish, clever and witty. Swoon. PLUS he saves the day for the heroine.

I have a soft spot in my heart for Mr. Mistoffelees.

I would want Cruella Deville’s Siamese monsters because I refuse to believe they wouldn’t be much better kitties if only they had a Jewel for an owner.

I’ve always had a fondness for Mehitabel . . .

I’d want the cat from Kipling’s Just So Stories:…when the moon gets up and night comes, he is the Cat that walks by himself, and all places are alike to him. Then he goes out to the Wet Wild Woods or up the Wet Wild Trees or on the Wet Wild Roofs, waving his wild tail and walking by his wild lone.

I used to love the cartoon series “Top Cat”, with a witty, hatted cat who always saves the day for all his alley-cat friends.

No matter how many times I watch “Breakfast at Tiffany’s” (which is more than any human should, really) I always cry at the end when she can’t find Cat…

Me, too, Amanda! It is what I remember best about the movie.

That and Moon River…