Agent Rose’s life in the shadows and a book trailer

I’m in a combination of deadline hell and getting ready for the Baltimore Book Festival, where I’ll be talking and signing this Saturday with a whole bunch of other writers from my local chapter. And I’m getting excited about the release of Jane and the Damned and Bespelling Jane Austen, both of which come out in just a few days on September 28. 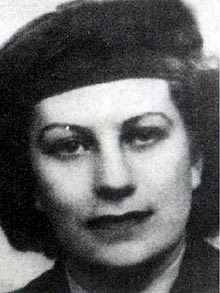 So this is going to be a short post, but first I wanted to share a story that I heard on the news yesterday. Eileen Nearne died, poor and alone in Newquay, UK, and it was discovered after her death that she was “Agent Rose,” a hero of World War II who worked with an elite spy force helping the French resistance. She was captured by the Gestapo, did not break under torture, and was sent to a concentration camp. One tough, courageous lady. Here’s an account of her life and how she was honored with a full military funeral from the Guardian.

She said this of her experiences as a spy, which I think could well be attributed to our fictional men and women who experienced great danger during the Napoleonic wars, as spies or fighters. How would they adapt to “real life” after such events and how they would they see the world?

It was a life in the shadows. I think I was suited for it. I could be hard and secret. I could be lonely, I could be independent, but I wasn’t bored. I liked the work. After the war, I missed it.

And now for something completely different, as they say. Here’s the book trailer for Jane and the Damned. Things to look out for: On the soundtrack, a French soldier saying Ton pere est un hamster (Your father is a hamster) and a depiction of me carrying a flag in the last frame (my initials are on my apron).

Can you identify any of the music?

I should have taken notes, plus not gotten distracted by the narrative. However, here are my guesses as to music, but mostly the composers. Not in order.

And now I’ve forgotten the rest.

Mr. Beveridge’s Maggot (may be Playford, I’m not sure. Both P&P movies used it).
A little snippet of CPE Bach
Vertigo soundtrack (but you’re right, it sounds very like Mercury from the Planets)
Handel
Bartok
Beethoven
A snippet of God Save the King
Scarlatti at the end.

Recognized snippets of the music, but not enough to identify the pieces.
Cute book trailer. I have not yet read any of the alternative books. This one sounds interesting.

I heard about Rose. I agree that her comments could be true of our heroines. I mean, how can Jane Austen go back to writing after being bitten and fighting the French?

Amanda should have tried to guess the music!