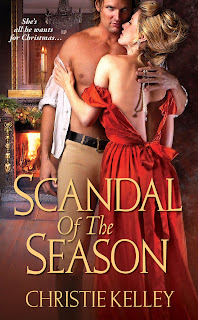 A big Riskies welcome to Christie Kelley who’s here to talk about her October release SCANDAL OF THE SEASON and to whom I’m grateful for saving me from independent thought today. She’ll be giving away a signed copy to one person who comments, so please post a question or comment.

I’ve known Christie just about as long as I’ve been writing. She’s my critique partner and one of the best plotters I know. When Christie was starting this book, she posed the innocent question to the critique group: Can you think of a good reason why the hero’s mother should run a brothel? Much hilarity ensued.

Kelley’s fresh and vibrant romances are emotional, fast-paced and intriguing. Her originality captivates readers and grabs their attention. She gifts everyone with a holiday-set story that’s a little bit Hans Christian Andersen merged with all of her sensual storytelling ability. 4 stars, Kathe Robin, Romantic Times

This is book number four in your series about a group of women who’ve vowed never to marry, although it reads very well as a stand alone. Do you miss your characters when a book is finished? 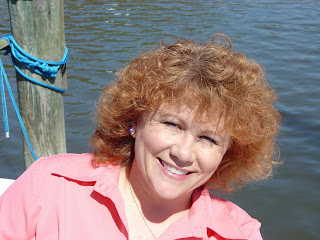 I don’t normally because they pop up as secondary characters in the next book. I did just finish writing the last of the Spinster Club series. It was difficult to finish because these characters have been part of my life since 2004 when I first started writing EVERY NIGHT I’M YOURS. All the spinsters wanted more “on screen” time in the last book as if to get their last words in.

Who did you visualize as Somerton when you were writing him, or who would you cast in the movie? 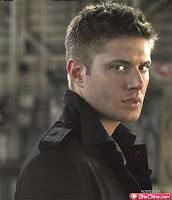 What an easy question! As soon as I started writing Somerton as a secondary character I visualized Jensen Ackles from Supernatural. He was my perfect Somerton in looks and character.

What’s your favorite scene in the book?

I don’t want to give too much away but it’s when my heroine, Victoria does something completely selfless because she loves Somerton. She gets hurt in the process and he can’t understand why she did it. She tells him she loves him and didn’t want to see him hurt. The fact that someone would do something for him because of love just about breaks him. I love it!

What was the most difficult part for you to write?

I had too much plot in this book. It just wasn’t working. Thankfully, my other critique partner, Kathy Love speed read the book and we replotted a few things. After two weeks of rewriting I was able to kill some of the external plot that was taking over the book. I guess that what I get for not being a plotter.

Which writers have influenced you?

Jane Austen for one. But I didn’t really discover her until college. I grew up reading modern historical romances so I think I was most influenced by Johanna Lindsey.

The final Spinster Club book, ONE NIGHT SCANDAL, will be a June 2011 release. Right now, I’m busy writing a proposal for a shorter series based on a very minor character in SCANDAL OF THE SEASON.

Thanks, Christie, and let’s chat!

Good morning Christie….I love it when authors carry their characters over to other books. Some of them become like friends when we read and it’s nice to see how they continue on, even if it is only in the background.

Can just imagine the reaction you got with the mother running the brothel idea…lol. Sounds like it will be a great read…and the visual inspiration for the male hero is pretty easy on the eyes too :o)

Congrats on the release it sounds great. I’m extra curious about it now to see if you give the answer to the question of why mother runs a brothel 😉 Joanna Lindsey (along w/ Kathleen Woodiwiss) is one of my fave authors I grew up with as well. I couldn’t wait for her next to come out.

I also like writing series and having the former h/h come back for an appearance in the other books. It is fun to see how much they’ve changed since their book. Although, I’m starting to think three books is enough.

LOL about the mother and the brothel. It really made writing Somerton so much fun! And Jensen’s not bad to look at either.

Hi gamemistress, nice to see you over here.

The answer to why the mother runs the brothel is in the book 🙂 I can’t give that away here!

I haven’t read any of these books, but this sounds great. I want to know about the brothel-owning mother.
lcbrower40(at)gmail(dot)com

What an intriguing question! My take (with about two seconds of thought!) was that her husband was a soldier / sailor and when his men/their husbands died and left them unprovided for she opened a brothel to give them the best experience she could. It’s sadly likely they would have had to turn to prostitution at some point (a high percentage of women did) and she was trying to make it as tolerable as she could. AM I close?

Christie! How wonderful to have you as our Risky guest!

I have to laugh. Janet praises you as a plotter at the beginning of the blog and you lament about not being one at the end!

The series and this book sound great!

I have so enjoyed this series and I am going to hate to see it end. The characters are all so memorable and enchanting.

I find the idea of a hero with a brothel-running mama a real gem! The potential for hilarity is endless!

Christie, what do you use to keep all of the little details straight when writing a series?

Boy you risky ladies! Everyone wants to know about the brothel running mama!

Great idea but not close to what happens in the book 🙂 And phew! I just checked Amazon and their sample pages don’t go far enough into Chapter 1 to figure it out.

LOL, Diane. I love plotting everyone else’s books. I just can’t sit down and write out the entire plot for one of my own. It’s one of the reasons I hate to write a synopsis. Too many things evolve as I write.

As far as keeping the characters straight, I just use a word document. I start with the hero/heroine and any main secondary characters that will be important. I write down traits, basic descriptions and habits.

For examplie, hy hero, Somerton drinks whisky. He doesn’t drink brandy because of something that happens at the start of the story. Of course, I didn’t realize that until I was writing the second book in the series. Now, I’m afraid to go back and check in Every Night I’m Yours to see what (or if) he’s drinking.

Christie, you know I love that cover, and your book sounds wonderful truly, and I can so see Jensen Ackles inspiring a romance writer, do you often use actors, or do you do a google image search of ‘hunk’ LOL! Does a visual aid help in crafting your hero?

All the best for your release!!

LOL, Karyn. I just responded to one of your comments on another blog!

I do think having a visual of both the hero and heroine help me as a writer. I think an actor helps because you can see him/her in different parts and decide what traits will work for your story.

I’ve only started doing it for the past few books. Before that it was whatever image came to my mind.

Congrats on the newest release. I can’t wait to find out the answer to the question. I wonder why Anthony’s mother would be running a brothel? Hmm… I absolutely can’t wait to read this. I have loved all of the books in this series and I have been waiting for Anthony’s story. I just love him and Victoria and can’t wait to see what happens with them.
I love reading books that are in a series or that are connected. I love being able to see what is going on with everyone outside of their own stories. I guess it’s kind of like another epilogue.

You’re right about a series being similar to an epilogue. You get to continue enjoying the characters and see what life has brought them.

Christie – You already know that I love your books!

My question is have you ever brought characters in the you loved from a previous series as a backgrounc characters that just “happen” to appear in a new series?

I only have this one series going right now. For the new series I’m proposing, a minor secondary character from Scandal of the Season, is needed to make the series work. He’s not someone I loved but his position is one I need.

Hi Christie,
I haven’t read this series yet but will now. I can see Jensen Ackles as the hero. I love visualizing what and who the hero would look like.
I enjoyed your post and since I love series books I’m looking forward to starting this one.
Carol L.
Lucky4750@aol.com

Thanks, Carol L. If you need the order of the series, let me know. They don’t have to be read in order but I think it helps with Somerton’s relationship with one of the spinsters.

I enjoyed the post and after reading it, I’m going to be looking up the rest of the Spinster Club series as well as Scandal of the Season.
I love the cover – it’s nice to see a couple that isn’t headless, LOL.

LOL, Barbara! I thought I was the only one who thought the headless covers were strange. I guess some people like them headless so they can imagine what they look like.

I just love the name of the series…the Spinster Club. I am surprised this is just now on my radar but that just means I have less wait between books coming in towards the end.

I’m glad you found me, then! I do love finding a series after a few books are out so I don’t have to wait so long for the next book.

Thanks for stopping by!

Thank you for having me today, ladies! It’s almost 9pm on the East Coast so it’s time to shut down for the night.

I had a great time today!

What about Somerton’s younger sister? She could use a story.

I loved their story–I really liked Anthony–I wasn’t sure I was going after the first chapter–as I was jonesing for his story throughout the series. Your favorite part was also my favorite part. I also liked the other “spinsters” reactions to Somerton & Victoria.

Congrats on your new release! I love the cover! Everyone will get the book just to find out the brothel question. 🙂