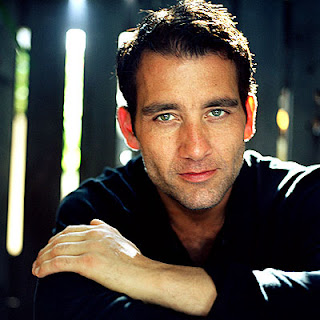 It’s been a week of recovery, following the Yukky Unnamed Ennui/Illness. I’ve been editing my Regency-set historical, the one with the opium-addicted marquess and the illegitimate vicar’s daughter. It’s got an new title–Her Wicked Desire–and a few new scenes. My Champion Agent will be sending it out when I’ve finished the revision.

I know these characters so well that editing their story is really kind of easy–I know what they should say, often opposed to what I originally wrote. I thought I’d share some of their conversation. In this scene, they’re at an inn, eating dinner. They don’t know much about each other except that they think they can help the other in some way. She doesn’t know yet about his addiction.

She rested her elbows on the table and leaned forward, an interested look in her eyes.

He nodded in agreement. “Dead.” Stab another bite of food onto the fork.

“And before you ask, my brother’s dead, too. You already know about my wife.”

“Oh.” She uttered the word in a soft voice.

He couldn’t bear her sympathetic expression. He dropped the fork onto the plate, where it clattered on the ceramic, pushed himself away from the table and strode back to the bed.

“I’m sorry for your pain.” Her quiet words sent skittering prickles of irritation across his skin. He lay down against the quilt, resting his feet just off the edge of the bed.

“Well,” she asked with humor edging her voice, “what else would you expect? People feel sorry for other people, they express sympathy. What is wrong with that?”

Alasdair flung his arm over his eyes. “Nothing. Of course, nothing. People utter platitudes that mean absolutely nothing because it’s what’s expected. I never apologize.”

“I’ve noticed,” she replied. Now she was definitely amused.

He removed his arm and glared at her. “Are you trying to aggravate me now?”

What I like about these two is that they are both difficult in different ways. He, of course, is an arrogant aristocrat; she is a managing woman whose life has been thrown into chaos. That they’re together is purely chance, but of course, eventually, they fall in love.

That, and two separate freelance projects, plus the continual integration of the Boy into middle school has kept me well-occupied. I’ve barely had time to notice the cooler weather and fall vegetables! 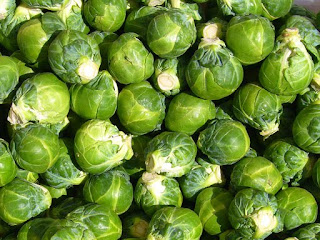 Hope everyone’s Friday is going well; does anyone have something they’re looking forward to? What’s the last book you read? What’s your favorite fall veggie?

Sadly, the last book I read was so bad I didn’t finish it. My favorite vegetable…that’s a hard one. I love asparagus. But, of course, that’s a spring veggie! Fall brings root vegetables. Beets, probably. I love roasted beets.

I love the characters, Megan!

I’m reading 59 Seconds: Think a Little, Change a Lot. I like it; it covers lots of stuff self-help books cover, but its advice is based on empirical research.

And I’m starting to think about acorn squash….

Hi Megan, I loved your exerpt, their characters really come out in that dialogue!

Something I’m looking forward to is a date with my husband tomorrow night. I realised recently we haven’t made time for each other for so long, and our last date was over a year ago! So I’ve booked a table in a very romantic and quirky restaurant which actually used to be a brothel in the 19thC! They have booths there made out of beds!

Favourite fall veg is butternut squash, roasted, made into soup or even in curry.

I loooooove brussell sprouts and like Sophia I’m a butternut squash enthusiast too.

I love all the vegetables you guys mention! And more–sweet potatoes, turnips, even the lowly rutabaga.

Janet, she’s illegitimately born to the vicar. There are no issues with his birth, not that I know of.

Last book I read was The Sevenfold Spell, a novella looking at the Sleeping Beauty story from a different angle by Tia Nevitt. Currently I’m reading Tim Gunn’s Guide to Quality, Taste, and Style, plus Osprey military history books on the Battles of Busaco and Fuentes de Onoro for my new WIP.

Favorite fall veggie is the sweet potato. As for what I’m looking forward to, I can’t wait till my husband comes back from his higher ed web conference Wednesday night…except that he doesn’t actually leave here till tomorrow morning, so what I’m really saying is I dread 5 days of single parenting and sleeping in an empty bed!

Fall veggies? Sweet potatoes! And any squash so long as it is lightly fried. Terrible, I know!

My Mom is the sprout lover. Of course she says she hasn’t had any decent sprouts since we left England – 40 years ago!

What am I looking forward to? Finishing this book AKA the story that will not die!

I have to admit that I’m not a big fan of excerpts and I don’t read many of them but yours was wonderful. The dialogue was witty, fast paced and fun. Thanks for sharing it.

Sorry I meant SINFUL in Satin! And trust me ladies, these characters were!

And Megan I LOVE that excerpt. The dialogue just sparkles!

I love winter squash, most varieties. I love brussels sprouts too.
I just finished TO KILL A MOCKINGBIRD. It was written while I was in school and hadn’t yet reached the required reading list. I have had the book, but I never got around to reading it. I am trying to decide which historical fiction I’ll read next. It will probably be THE COUNTESS AND THE KING by Susan Holloway Scott. I am working on a non-fiction book at the same time.

I love Fall it is my favorite season. It can last as long as it wants to.