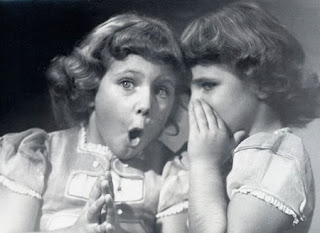 Recently–or actually, all of the time–authors on Twitter were discussing copy edits, and their bad habits.

One commented THAT she seemed to use THAT all the time, and THAT it was THAT annoying to find in her manuscript.

Others have talked about their heroines making certain expressions continually, such as glaring, and heroes often drawl (especially Regency heroes!) beyond even the deepest of Southerners.

One of my tells is starting blog posts with “So,” which I do in real life a lot. One of my other tells is repeating the same information in the next sentence, just in case you didn’t get it the first time. Yeah, not such a good habit.

Resulting in the ever popular *facepalm*. 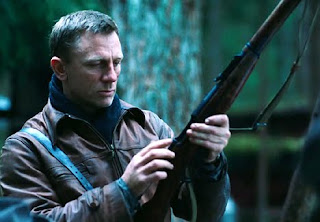 And then there are thematic tells, but that is for a much longer post.

Certain authors have such distinctive tells you can immediately identify their work by a few sentences. For example (and some of these are so, so easy!):

Sentences that last AT LEAST half a page (hello, Mr. Faulkner!)
Sentences that are one word and one entire paragraph (Robin Schone and, um, me)
No capital letters (It was just e.e. cummings‘ birthday)
No punctuation (this isn’t quite the same thing, but apparently Christopher Walken removes all the punctuation from his scripts which results in his intriguing reading of his material). Plus many early authors had unfamiliar punctuation, but that is more likely due to the changes in the art rather than a tell itself.
Certain words; I have yet to read a Barbara Hambly where I didn’t stumble across a word I had no idea of its meaning, usually within the first two pages. Always the first five.

Some of these tells result in what editors and agents are apparently always looking for, which is voice. I’ve been told I have a strong writing voice, which is good, unless you’re not fond of the voice in question.

What tells have you noticed in authors? If you’re an author, what is your best and worst tell? 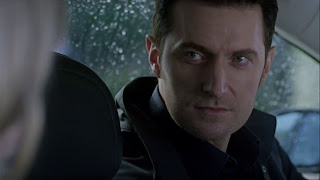 Sorry about that deleted comment. It had a typo. What I meant to say was that when I read Stephanie Laurens, I always note the page on which the first “humph” appears.

I deleted the deleted comment, Myretta. Glad to see you here!!!!

Megan you are reminding me of the revision letter I received: “Diane, we noticed that you used ‘his forehead furrowed’ seventeen times. Perhaps you would like to change some of these.”

My characters are always gazing at each other in some form or another, forehead’s furrowed or not.

My first drafts have waaaayyy too many adverbs. I consider them placeholders for better things, like appropriate body language. But like Diane, I can overuse those. One hero clenched his jaw so much I may have given him TMJ issues…

Also much leaning against mantelpieces and neverending tea drinking.

Great post! It is refreshing to hear that “professionals” make them. I often edit my blog in the morning after I published it at midnight to remove the excess fat.

My characters pace, and there’s always someone who runs his hands through his hair…my sentences go on forever and i am in love with the semi colon…I pity my steadfast beta and she knows my foibles and deals with them well.

I do HATE HATE HATE with a deadly passion, though, tiny sentences. Oh Yes. Indeed.

Glad to hear I’m not the only one whose characters are afflicted with obsessive gazing!

My downfall is overloading my sentences with participle phrases and stuffing too much detail into a single overworked sentence.

I am quite fond of the word quite. Much gazing goes on in my quite romantic stories.

Also, I have been told that my heroes swear too much. Must have anger issues.