History In All The Right Places 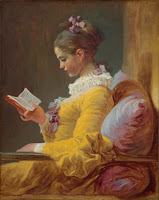 It wasn’t so long ago that the buzz around publishing was that Historicals were “dead.” I never believed it, because I always thought there were plenty of readers like me who loved Historicals. It turns out, if I remember the statistics correctly, that sales of Historical Romance went down in the same proportion that all book sales went down.

Lately it occurred to me that not only are Historicals not dead, they have sprung to life in lots of different ways!

Just think of how many books have expanded on Jane Austen’s work, particularly Pride & Prejudice! Our guest yesterday, Abigail Reynolds with her latest Mr. Darcy’s Obsession, is a prime example! But there are a bunch more. See here.

2. Using Jane Austen as a character herself.

Stephanie Barron’s Jane Austen Mysteries come to mind. As well as Becoming Jane Austen. But number one in my mind is our own Janet’s so very clever Jane and the Damned.

Amanda and I do this a lot! Amanda’s The Winter Queen takes place in the court of Queen Elizabeth I and the Frost Fair of 1564. Her Laurel McKee books take place in during the tumultuous time of the 1800 Union Acts in Ireland. And, of course, my Three Soldiers Series uses the real historical events of the Napoleonic War.

4. Then there are the Historicals that are fictionalized stories of real historical figures or events.

Philippa Gregory, of course, is perhaps the queen of this sort of book and her upcoming book, The Red Queen, set during The War of the Roses is just the latest example. Carolly Erickson is another author of this sort of book. Next Sunday, I’m excited to say our guest will be Kathryn Johnson whose historical The Gentleman Poet, is based on a piece of history that tells a story of love and danger, including, perhaps, the events behind Shakespeare’s The Tempest. (It is a spectacular book, so don’t forget to stop by. You might even win a signed copy!)

What are some of the books of each of these types that you’ve read and enjoyed? What do you like about each of these different kinds of books? Have you heard any buzz about The Gentleman Poet?

I think that Jude Morgan is a great example as well. His books are beautifully written and he enjoys his own following.

I’ve also seen a rise in historical books about WW II which I consider historical even though the history is a little closer. I just finished A Vintage Affair by Isabel Wolff and it was amazing. It takes place in modern times, but with flashbacks to WWII and I think that type of story is becoming quite popular (the modern day story with flashbacks to historical time periods).

I like reading historicals especially ones that are well researched like yours and Amanda’s. I know that I can read these books, get a great story and learn a bit about history as well.

Sounds like a great way to spend an afternoon to me.

JA, I’m a #1 Jude Morgan fangirl too. Love his stuff. Sadly he has no web presence and won’t guest blog (I’ve tried).

Diane, thanks for pimping Jane and the Damned. Now, of course, the word is that vampires are out!

Jane Austen, I think WWII is a very romantic period. It has a lot in common with the Regency, I think.
If you like learning history while reading a great story, I think you’ll love The Gentleman Poet!

Janet, if the word is “vampires are dead,” well, of course they are! That’s the whole point.

Wait and see. I’m guessing vampires are dead like historicals are dead. There’s always room for a clever book, a different take on a popular trend. THAT’S my whole point in this blog!

I also love Jude Morgan! I was totally absorbed in his recent Bronte book (and then made the mistake of trying to read another novel about the Brontes right after…) I hadn’t heard of “The Gentleman Poet” before today, but I am definitely going to read it now!

I know some readers don’t like “history” in historicals (in which case I sort of wonder why they don’t read another sub-genre, since there are so many great ones!), but I am addicted to them both as a reader and a writer! I find a lot of inspiration in the strange things that actually happened in the past. Plus I like feeling like “I am there”…

Alas, Jude Morgan doesn’t seem to have Kindle books. I have the book Passion, but have not read it yet.

I love history in my historicals, both writing and reading! When History is woven in so seamlessly that it seems indistinguishable from the fictional parts is the very best!

Yes good old Jude seems to be a bit of Luddite. I think he hand writes his novels with a quill dipped in ink. But he is so wonderful I’ll go kindleless just for him.

I like historicals to have some factual events or such in them. They are a great way to get some history without a lot of effort. Plus, if I were interested in the historical bit, then I could look it up.

I’m not sure if I’d consider WWII as a historical setting (even though I wasn’t alive at the time); I’m still reading about the Napoleonic Wars.

cories5, I’m sure there would be some who would not consider WWII history. But it is modern history, with pivotal events we can examine with the benefit of hindsight.

I’m with you, I love getting my history with a satisfying story at the same time.

Rachel, I find I am increasingly reluctant to read books that aren’t on Kindle, but I suppose there are always some exceptions!

This is the first I have heard about THE GENTLEMAN POET. I look forward to finding out about it.

I haven’t read any of the mash-ups that are being done, but some of them sound like fun. The other examples you gave of the trends in historicals are working very well. I have enjoyed all of them. Using real events and people in you stories gives them more substance and assures us where the book fits historically.