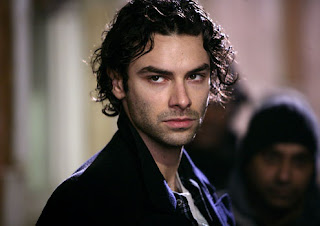 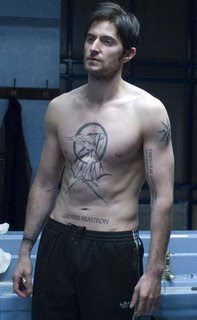 This week–heck, this month–has been a tough one; apparently, my usually good health has decided to go on a bender, so I’ve been sick more often than not. Which means my writing has suffered, since my aching head makes me more likely to write literary fiction than romance, and nobody wants to see my characters moaning around on the page, least of all me.

BUT today I almost feel better. Almost, and I hope to write more on a project I blithely thought would be finished by three weeks ago. Ha! I will write later today, I vow.

Meanwhile, however, comes the news that Peter Jackson has begun casting The Hobbit, and has announced that Richard Armitage and Aidan Turner have been cast–as dwarves.

Let’s take that in a moment, shall we? 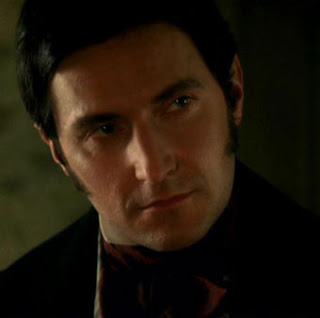 On the one hand, being cast in such a high-profile film has got to have amazing results for the two actors, both of whom are talented, not to mention smokin’ hot.

On the other hand, they’re playing dwarves. 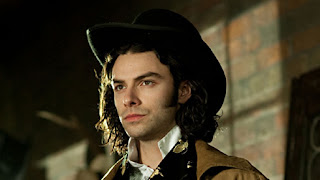 But a Tolkein fangirl assures me that Richard’s role (I feel as though I can call him Richard by now) is a meaty one, not just a comic effect part. I didn’t inquire about Aidan’s part, I was too bowled over by the Armitage news in the first place.

I am certain Tolkein fans are frantically scrambling to figure out who the heck these two are (and Martin Freeman, who’s been cast in the all-important role of Bilbo Baggins). I come at it from the other side, being a fan of the actors, not the series (sacrilege, I know; I love the LOTR movies, not the books so much). I bet Tolkein fans are dissecting the particulars with as much fervor as Austen fans when a new version of P&P was announced–‘who is this Matthew MacFadyen character anyway? 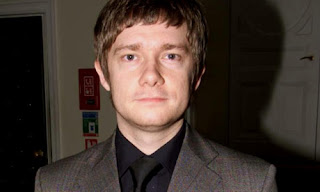 (Freeman debuts over here this Sunday as Dr. Watson in the latest version of Sherlock Holmes. I’ve been told it’s an amazing interpretation, so hopefully you have access to BBC America and can see it yourself. My DVR is already set to tape).

Where am I going with any of this? Nowhere! What else is new? But before you leave, a few questions:

What book do you hope will never be brought to the big or little screen because it can’t possibly meet your expectations? What book do you hope would be made? What roles could you see Armitage, Turner or Freeman in next? Will it bum you out when the rest of the world discovers how delicious Armitage is?

I wouldn’t say anything *can’t* be done because I am sometimes amazed by what creative people can achieve.

I can’t imagine Armitage as a dwarf–how are they going to do that, anyway?–and now I wonder if I even want to see it. But I love both the LOTR books and films so I will go, just to see what happens.

The movie I’d like to see done right is Mansfield Park. The 1998 version was kinda cool but not really Mansfield Park and the 2007 version was just strange. I think it’s hard to get the protagonists right, since the villains are so interesting, but I’m also an optimist.

I’m trying to answer my own question of what book I’d never want to see done, and I just can’t.

My favorite books have been made into films, and I’ve been okay with it. I think the last time I was worried was when Twilight was announced. I liked the first movie okay, haven’t seen the next two.

Now that I’ve adjusted to it, I am excited to see Armitage in such a big film. As a little guy, hee.

I will watch Richard Armitage in ANYTHING. He is just beyond delicious! I probably watch North and South at least once a month. And him reading Georgette Heyer is FABULOUS!

Laurel K. Hamilton’s Anita Blake series is one I would not want to see on film. I love the early books (the later ones, not so much) and I have this image in my head as far at the characters and settings. I just wouldn’t want to see someone try to make it come to life.

I, too, have never seen a Mansfield Park that did the story justice. Don’t know why. The versions I’ve seen simply haven’t hit on all cylinders for me.

One I would LOVE for someone to do IF they could do it well is Poe’s The Fall of the House of Usher. There is a WEALTH of story in it that could make a fabulous film IF someone would go to the trouble to look beyond the simple horror of it.

My dirty little secret is I have never watched North and South in spite of having owned the DVD for ages. Can’t explain why. No good reason.

As good as Sean Bean is in the role of Richard Sharpe (not movie but TV, I admit), the shows don’t do justice to the books…IMHO.

What books would I like to be seen made into film? Why MINE, of course!

I love Richard and Aidan!! Interesting casting, if nothing else.
Richard is 6’2, how are they going to do that, forced perspective? CG?

I have a wait and see attitude towards movies made from books I have read…I prefer not to see them unless someone I trust raves about the movie. I have been disappointed way too many times.

As an FYI for those interested in the Sherlock it should be on PBS Masterpiece theater on the next 3 Sunday evenings so you don’t need BBC America to see it.

RA as a hobbit? Hmmm. Well, I always said I would watch him in anything, LOL! And thanks for the Friday eye candy…

I don’t mind when favorite books are made into movies–I’ve enjoyed lots of versions of both “Jane Eyre” and “Pride and Prejudice”! They’re almost never like the version of the book in my head, but they can be very enjoyable in themselves. (and I agree–the LOTR movies are more enjoyable than the books!). I would love to see “Mansfield Park” get the mini-series treatment, like the ’95 “P&P” or the newest “Emma”, it might be the only way to do it justice

Like many others I can’t see RA as Thorin. I do know and love the Hobbit. I could see him as the Man who shoots Smaug, but not Thorin. Thorin is…well complicated and not in a good way.
It will be interesting.
Having seen Sherlock, I wasn’t over enamoured with the series. HOwever I can totally understand why Freeman was cast as Bilbo.
You will be in for a treat with Downton Abbey when that comes to the US in January. Far far better than Sherlock.
Diane — I can’t believe you haven’t watched North and South. You must must must watch it! There are so many reasons why.

With favourite books being made into movies — I always chant — long ago and in a galaxy far far away and then I am okay. When I was young, I suffered terribly when Charlie and the Chocolate Factory was made into a movie. They totally ruined the point of the book!

Always amazed by the comment that someone prefers the LOTR films to the book. I loved the films, but the skewing of so much cast a distortion over Tolkien’s story.
Books I’d like to see as films? One of Georgette Heyers. Hard to say which one of course. Cotillion or The Grand Sophy? One of those with a multi-stranded plot that comes together at the end so brilliantly.
Also “Jonathon Strange and Mr Norrell”.