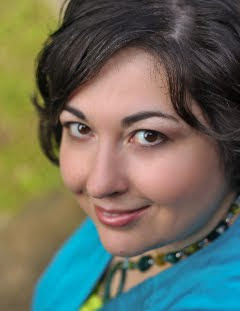 Stephanie Dray doesn’t set her books in Regency England. Instead, she goes back to the cultures of ancient Rome and ancient Egypt, both of which would have been familiar to the well-to-do of our period, when gentlemen (and some ladies) studied classical languages, and Napoleon’s invasion of the middle East opened up a whole aesthetic, with the adoption of classical and Egyptian motifs. Thomas Hope, anyone?

Stephanie is the author of a forthcoming trilogy of historical fiction novels set in the Augustan Age, starting with Lily of the Nile: A Novel of Cleopatra’s Daughter (January, 2011). Before she wrote novels, Stephanie was a lawyer, a game designer, and a teacher. Now she uses the transformative power of magic realism to illuminate the stories of women in history and inspire the young women of today. She remains fascinated by all things Roman or Egyptian and has–to the consternation of her devoted husband–collected a house full of cats and ancient artifacts. 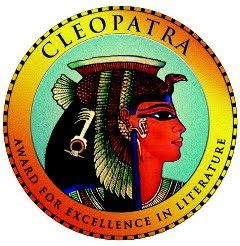 She’s also sponsoring the Cleopatra Contest for aspiring young female writers and you can find the details of her blog tour, with opportunities to win copies of the book and other prizes here.

And now over to Stephanie… 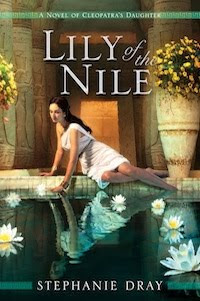 I’d like to thank the Riskies for welcoming me here today to talk about my debut novel, Lily of the Nile: A Novel of Cleopatra’s Daughter. The book follows the life story of this young princess of Egypt. Orphaned at the age of ten, taken prisoner by the Romans and marched through the streets in chains, she would learn to survive as a hostage and charm Rome’s first emperor into making her a queen.

So what does this have to do with Regency Romances? Well, not much. However, there’s a surprising number of similarities between Regency England and Augustan Age Rome that make me think the latter should really make a comeback as a popular setting for fiction.

For one, there was the sexual repression. Though ancient Rome is known for wild orgies and sexual license, the Augustan Age was all about a return to “traditional family values.” Rome’s first emperor passed strict laws against adultery. Propriety in social situations was stressed. If young men wanted to advance politically, they would have to marry, and if women wanted any degree of independence, they were required to produce children. Of course, the penalties for scandalous behavior in the Augustan Age were decidedly harsher than in the Regency period. For example, when the emperor’s own daughter was caught up in a scandal, she was banished for the remainder of her life.

As far as historical periods go, it was also very clean. The stress on daily bathing was a constant in ancient Rome and flush toilet technology was not unknown. The upper class would have been washed and perfumed, a perfect recipe for romance. Heck, the Romans even had recipes for toothpaste.

Fashion was as important in ancient Rome as it was in the Regency era. While most of the statuary of the period shows dowdy matrons blanketed in voluminous gowns and shawls, this is because of the above-mentioned sexual repression. Augustus wanted his family to be seen as icons of morality, so his wife was usually portrayed without jewelry. But this was a matter of official form. We know for a certainty that the emperor’s wife owned wildly expensive jewels.

Official form notwithstanding, young women wanted to be seen in society wearing the most fashion forward patterns and colors. Dyes were so expensive that the purchase of a royal purple cloak could bankroll the founding of a small city. Women of the time period adorned their clothing with golden clasps, silvered girdles and pearl embroidery. They wore dangling earrings made of precious gemstones. They plucked their eyebrows–indeed, well-bred girls in search of a suitor plucked everything but the hair on their heads.

Just as Regency England had a strict social hierarchy of nobility and trade families, so too did Augustan Age Rome. Though the emperor himself was born into one of Rome’s oldest noble families, the Julii, he was from a branch that had mixed with the lower equestrian class. Because of this, he needed to bolster his noble status, so he married Livia Drusilla of the Claudii whose noble pedigree was unimpeachable. (Of course, even Livia’s noble bloodline wouldn’t have impressed my heroine, Cleopatra Selene, who was herself the daughter of the Ptolemies, the most royal family of the time period. It must have been difficult for her not to remind the emperor that she was a princess descended from the kin of Alexander the Great whereas he was the descendant of a freedman–a ropemaker–on his father’s side.)

Your comment or question enters you into a drawing for a free copy of Lily of the Nile, so let’s get chatting!

I’ve always been fascinated by Egypt, so anything that involves ancient Egypt and a strong heroine, and I’m there!

Cleopatra often gets painted in a pretty negative light, especially concerning her lovers (yes, I’m looking at you, HBO’s ROME!), but I don’t think anyone doubts that she was a shrewd and powerful woman. Given her marriage to Mark Anthony (who has quite the reputation himself), though, I’m certain her court was far less rigid about sexual mores and gender limitations!

Admittedly, Selene was only ten when she left, but how big of an adjustment would it have been to be suddenly thrust into this world where women had little voice? What behavior that would have seemed normal to her would have been interpreted as ‘scandalous’ by Augustan standards?

I’m a real fan of Regency romances, but have read very little of novels set in long-ago Rome. Enjoyed this post and am anxious to read Ms. Dray’s novel.
Thanks for the giveaway.

Welcome to the Riskies, Stephanie!

What a fascinating comparison. Without any more than a cursory knowledge of ancient Roman history, it is a time period that has fascinated me. That and the WWII era. I think all three-ancient Rome, the Regency, and WWII have a lot in common!

Great to have you here today Stephanie and I’m really looking forward to reading the book. I find the Romans rather funny bunnies, very unsympathetic in some ways–I wonder if you’ve read Lindsay Davis’ Falco series or Rosemary Sutcliffe, both of whom brought the period alive for me.
And I thought HBO’s Rome was quite brilliant–loved Cleopatra in that, Lana!

Wow, I really loved reading all your information about the Augusten time period. I’m even more curious as to why the book is “Lily of the Nile”…unless Lily is not a reference to her name but to her characteristics!

Having had the honor of reading the 2nd of Stephanie’s series in draft, I can tell you her attention to detail–without drowning the reader in data–is astonishing. I love how Selene overcomes all odds to rise to her royal heritage. Rome is alive on Stephanie’s pages with all its colorful characters and intrigues.

Thanks so much for visiting the Riskies today, Stephanie! I just finished reading the new biography of Cleopatra, and so am very intrigued to read your novel 🙂

What fascinating information! I have always been a huge fan of women ahead of their times.

Cleopatra was a force to be reckoned with and would have been in any age. The more I read about her, the more I admire her as a smart woman who took great risks and achieved far more than anyone expected of a woman in her era.

I just finished a biography of Jezebel and there are many parallels to be drawn between these two powerful women.

What was the most fascinating aspect of your research for this series?

Lana I’m so glad you brought this up. Much of the novel is dedicated to Selene’s adjustment to a much stricter environment and her frustration with the resurgence of sexism.

Janet, I’ve got Davis and sutcliffe on my TBR list. Right now I’m immersed in John Maddox Roberts’ SPQR series. As for HBOs Rome, I was occasionally frustrated by the portrayal of Cleopatra and Egypt but I loved the series so much!!

Amanda — the Egyptian lotus isn’t a true lotus but actually a water lily and one of the most symbolic things about one of the varieties only bloomed at night with the moon, Selene’s namesake. While in Rome, Selene had to hide her true self to survive so I thought it fit. Too esoteric?

Louisa, I think what interested me most was to learn about the disparity between the way women were treated in ancient Rome and Egypt. When Selene lived the best place to be born a woman on the ancient world was Alexandria. That cleopatra lost in her war with Rome set back the cause of women in ways that still have consequences today. Selene was a religious woman who lived in a crucial turning point in history and her influence may still be felt in the way we experience personal faith in the modern world!

And I just want to thank everyone for the kind remarks. Especially Sharon who suffered through my first draft .

I have a mad crush on Augustus. I took a college class just on him and I would totally take it over again. The whole era sets my heart aflutter. I’m so glad I’m not the only one! Can’t wait to get my mitts on your book. 😀

Anna G, Fair warning, my portrayal of Augustus is utterly wicked. He’s clearly the villain of my piece, but not one-dimensional, and I admit, he was my favorite character to write. I have a soft spot for him and his strange obsessions were too delicious not to exploit!

No worries. It’s not a clouds-in-the-eyes sort of mad crush. Besides, I also have a thing for the Sheriff of Nottingham from the 1991 Robin Hood. And Snape. Come to think of it, never mind. Clearly I just like Alan Rickman.

I think if you dig deep enough you’ll find the same scandals and behavior in most societies. It is either well hidden or very much in the open, but still there. Family has always been important for survival and social standing.
I have been interested in ancient civilizations for years, but have read mostly nonfiction. I am interested in many of the recent releases about Rome and Egypt.
Have a great Holiday Season.

Thank you for the interesting post. I know very little of the Augustan age and it was a pleasure to read about the time period.

I’ve always been fascinated by Roman history and look forward to reading this book. Thank you for showing the ways Augustan Rome was similar to Regency London. I’d never thought of it like that.

I’m really looking forward to reading this book- I’m always looking for something a little different, and this seems to have everything I look for in a novel plus the added bonus of a fresh timeperiod.