This is such a busy time of year. The shopping. The decorating. The socializing. The (((shudder))) baking (I am so-not-a-cook). So what do my husband and I do on the last Sunday/shopping day before Christmas?

We go sightseeing in Washington, DC. 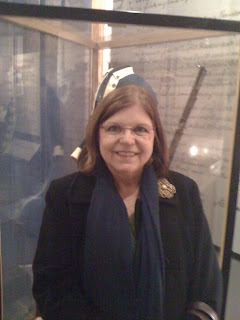 Living in the DC suburbs almost guarantees that we rarely visit the museums and historic sites in the nation’s capital. You know how it is. The dh works downtown and that decreases his desire to spend weekends in the city. So naturally, when there are about a thousand things we needed to do, we instead decided we just HAD to visit the new American History museum. Here I am standing in front of a Revolutionary War uniform.

The American History museum was closed for an entire year to be renovated and remodeled. And it was a big deal for it to be re-opened TWO YEARS AGO. This was our first visit back.

I had my eye out for something Regency, which I tend to do wherever I go. This was not easy in the exhibits about the atomic age and slavery, both of which seem to take a prominent, but not admirable, place in our history.

But there was a special exhibit on pop-up books. 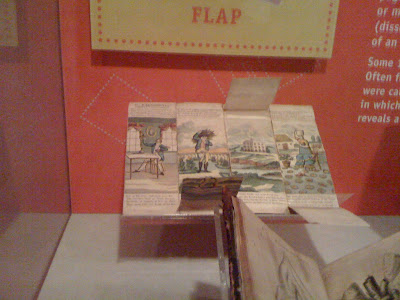 Here’s the explanation of the book:

The Falshood of external Appearnces
England, ca. 1790
The first movable books for children, developed in England in the 1700s, were called harlequinades, because they often featured the comic character Halrequin. Designed to teach a moral (such as: don’t be fooled by appearances), the tale unfolds as a series of flaps are opened.

I also found a carriage! (a toy one, that is) 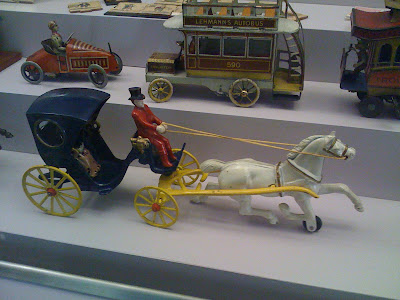 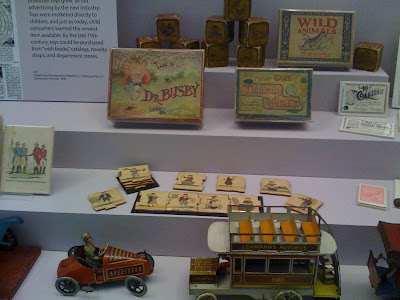 And I even found Napoleon, although he is a little fuzzy in this photo! 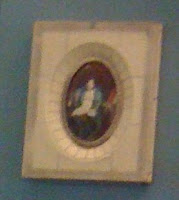 But the very best part of the day was walking back to the car. We passed a homeless man, begging and shivering in the 20 degree weather. My husband stopped and turned back to give the man $20.

Making him my hero!

Don’t forget! The Harlequin Historical Holiday Contest is ongoing until Dec 22. You can enter for daily prizes and I’m still taking entries for the grand prize of a Kindle.

What a wonderful adventure you had! It may not have been a conventional Christmas prep, but it sounded very Christmasy, especially your DH’s gift. Thanks for sharing it.

Actually, putting of some of my Christmas prep worked out for the best. I’d been waffling over my mother’s gift. I waffled long enough for my SIL to suggest combining our efforts. Her idea was much better than any of mine. Sometimes procrastinating pays off. LOL!

Judy, I think the whole reason we got it into our heads to go to the American History museum was to be there to give the homeless man the $20.

I agree that sometimes waffling pays off. Hope it works for me.

That looks like a fun way to spend the day. Isn’t it just the best to say, “what the heck”, forget the to do list and do something special with someone special? P.S. Your husband was a hero!!

Kat, it worked for us!

Those pop-up books are adorable! I love finding unexpected little treats at museums (and unexpected “real Christmas-sy” moments with family, too)

You hubby is a hero, O Divine One! You find knights in shining armor in the most ordinary of places and circumstances sometimes!

What a lovely day you had. It WAS a Christmasy thing to do – you gave yourselves the gift of a wonderful day at the museum.

I LOVE that pop up book!

I have almost all my shopping done. The two teenaged nephews are the last on my list and they are, of course, the hardest for me to buy for these days. Everyone is getting books and I’m just not sure which book(s) to get them.

What I have been doing is working in the wonderful world of Walmart. I can’t decide if that is a Christmasy thing to do or not!!

I have been trying to dig my house out. I can’t even get to the Christmas decorations. I started sorting boxes we brought in from storage and now have a bigger mess than when I started. Add to that a mouse invasion that started when we were gone for 2 weeks. A 112 year old farm house has too many ways for them to get in. With boxes stacked all over, the cats and dogs couldn’t get to them. They chewed their way through my pantry and several other storage spaces. I had to empty everything and clean it or throw it out. My husband decided it was a good time to replace a section of floor, so now I can’t put things away and he hasn’t managed to get to the flooring job. At least I can still get to the stove, sink, and refrigerator. We caught 15 mice over two weeks. Haven’t caught any in about a week. Hopefully they are gone.
Our Christmas this year was a new heat pump system for the house and we had to buy a truck when someone wrecked my husband’s.
We lived in Burke Center for 5 years tried to make it in to D.C. at least once a month. I hadn’t realized they redid the Museum of Natural History. We we there in January with our grandson. Never did make it there.

Hope you have a great Holiday Season.

I don’t know if they’ve redone the Museum of Natural History, librarypat. We went to the American History museum. I know they were working on the National Gallery of Art, too. I haven’t been back to see if they completed it, though.

Good luck with the mice! Sounds like you need a couple of cats.