Eek, the year is almost over and there’s still so much to do …

OK, stuff this year. I know I read lots of books but what were they?

It was something of a banner year for Jude Morgan fangirls since he had two books out, and like Amanda I loved his retelling of the Bronte story, A Taste of Sorrow (the UK title), and while I thought A Little Folly wasn’t as strong as Indiscretion, it was intriguing if a little disappointing on the first reading. A second reading though left me feeling happier about it.

I dipped a toe or two into the Romance Waters and absolutely recommend my buddy Miranda Neville‘s latest, The Dangerous Viscount, which is funny, witty, and smart (and has a virgin hero if your socks are rocked by that sort of thing).

Another buddy, Lorelle Marinello, had her debut book out, Salting Roses, this fall. Now normally if I encounter the term southern women’s fiction I run a mile. But this was my buddy’s book and besides she mentioned me in the credits, and I bought it. I read it. I loved it. It’s smart and mercifully free of cliches and beautifully written. Go get it right now!

I’ve just finished Juliet, Naked by Nick Hornby, which is wonderful, about aging and families and rock n roll and sharks washing up on English seaside beaches in 1964 and all sorts of great stuff. I also have just read the first Sookie Stackhouse book after becoming very irritated with True Blood, and I loved it. It’s one of those examples of a book that when it was translated to a visual medium lost the nuances and verve of the narration (and as cute as Anna Paquin is, I think her character is considerably watered down for TV). What a great voice! 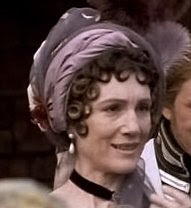 Talking of TV, a couple of great UK imports arrived on BBCAmerica this year: The Choir, which is a series about conductor Gareth Malone going into unlikely places and getting people to sing, particularly those who can’t/won’t/don’t, inspiring me to do it in my own town (I’m still looking for more men, btw). And also Law & Order UK which is fabulous–full of angst and moral ambiguity and cups of tea and starring Mrs. Fanny Dashwood (Harriet Walter) as the Gov.

This is the year in which I decided I didn’t like Heyer much any more (sorry, Carolyn, though I’m keeping an open mind) but I became a great admirer of Stieg Larsson’s Girl… series, and finally got to see the movie of Girl with the Dragon Tattoo, riveting to me, confusing to my husband who hadn’t read the book. Months after everyone else did I also saw Young Victoria. But the best film of the year for me (other than the last five minutes) was An Education, screenplay by Nick Hornby.

I spent a lot of time this year reading about and researching Austen, and discovered Laurie Viera Riegler‘s wonderful Confessions of a Jane Austen addict, and I intend to buy the sequel, Rude Awakenings of a Jane Austen Addict very soon. 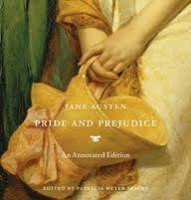 I have a couple of Xmas presents to look forward to, At Home by Bill Bryson and the annotated Pride and Prejudice, both too big and heavy for the commute which is where I do most of my reading.

But the highlight of 2010 was that this was the year in which I reached out to old friends and although we have been dreadful about keeping in touch since, I know that great gaps will not take place again.

Happy new year, everyone, and may 2011 be filled with great books and great friends!

Svea ~Muse in the Fog

Glad you enjoyed “Confessions of a Jane Austen addict” 🙂 I have the sequel awaiting me on my shelf; definitely a read for 2011!

I hope 2011 brings you many excellent reading experiences!

Hey, no need to apologize for deciding you don’t like Heyer. She is so deeply conservative in her gender roles that sometimes I am very bothered by her. EG: A Civil Contract, which I enjoyed despite everything.

Ha! I just bought Salting Roses while I was at Target not two hours ago. It was even before I read your post. Target has a section of Breakout Authors and it was one of them. There was another one that looked interesting called The Golden Prince.

Thanks for your kind words, Janet. (Though I’m not sure from them how you feel about male virgins.)

I’m a big Hornby fan but haven’t got to Juliet yet. I also love Law & Order UK. And not just because James Steele, the barrister, is hot. I think of Harriet Walter as Harriet Vane. (OMG that is so long ago)

Sounds like you had a good year. I hope 2011 is even better for you.

I’ve been waiting for my Christmas Amazon gift certificates to purchase Lorelle’s book. We ‘Noodlers’ (Golden Heart Finalists of 2003) know what a journey it was to get this book in print!

Janet, I am always in awe of the reading you (and the other Riskies) accomplish. My goal in 2011 is to increase my reading!

And I’m loving that you are singing. May you find all the men you need.

Thank you for the kind words, Janet. We definitely share a love of Nick Hornby. His keen eye and his humor very much remind me of Austen. Loved “Juliet, Naked.” And you made me want to see “Law and Order, UK.” Happy new year!